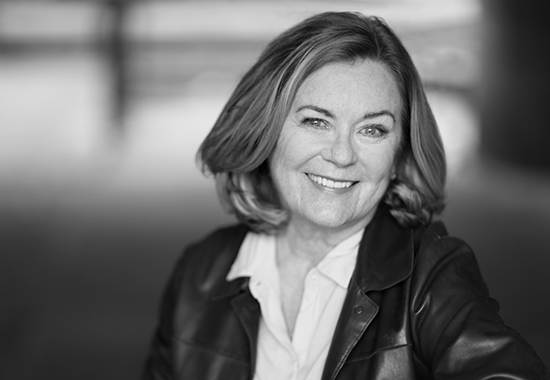 The Sound of Music celebrates its 50th anniversary this year. For many people the beloved classic is one of “our favourite things,” like “raindrops on roses.” For a little girl from Fernwood Park Avenue in the Beach, it would be the role of a lifetime.

Heather Menzies-Urich was born in Toronto in December 1949. Her parents emigrated from Scotland after the war. At 14 Heather played the second oldest von Trapp daughter in The Sound of Music. She went on to a long career in film and television, but is best known for mischievous Louisa. The wonderful actress kindly shared her memories of the film as well as her early days down by the lake.

Heather: Yes, my dad did work for Eaton’s and designed some of the floats in the Christmas parade every year. We did live on Fernwood in the Beaches. Back then it was a community of immigrants post-war. Now it is very trendy. My brother and I took a walk down memory lane a few years ago. It’s amazing how when one goes back to a childhood place memories that one has forgotten about come flooding back. We moved to Florida in 1955, to England in ’60 and then to California in ’61.

BF: What are some of your early memories?

Heather: My memories of the Beaches are sketchy because I was so young. I remember the boardwalk. Sitting on my dad’s shoulders at the parade. I remember running across Queen Street and almost getting hit by a streetcar. My mother was tying my brother’s shoes and I asked if it was okay to cross now and then just took off.

BF: Your father was a POW in the Second World War. Do you think this made him restless? How did your family moving around a lot affect you?

Heather: I really don’t know why my father was so restless. Perhaps it was the POW experience because they were the only immediate members of my family that ever left Scotland … plus he was an only child and never saw his parents again. That must have been rough. I think the “grass is always greener” mentality precipitated the moves. He missed his homeland which was the reason he took the job offer in London. THAT was quite the move. I think the moves contributed to my painful shyness. However, I ended up rather worldly with friends all over the place.

BF: Did you know that your father and Angela Cartwright’s father were both commercial artists in Toronto in the early 1950s?

Heather: I didn’t know that Angela’s family spent any time in Toronto! I’ll have to ask her about that. I thought they came directly from England to Los Angeles.

BF: At the time did you have any idea The Sound of Music would become such a beloved film?

Heather: We never imagined in a million years that this film would be such a success. We hoped it wouldn’t bankrupt 20th Century Fox any more than they already were. I think it has become multi-generational in that so many generations love it for different reasons. It has sort of become iconic. They showed it here in NYC recently, the digitally remastered version. What a joy it was to see it on the big screen, so clear and the sound was magnificent.

BF: Christopher Plummer has confessed to behaving badly at times. What was it like working with Plummer and Julie Andrews?

Heather: I do remember Chris Plummer coming to work a little rough around the edges, but always the consummate professional. We have become good friends and I try and go and see him whenever he is on Broadway. I always go backstage and give him a hug. Julie was very much like the character she played. We loved her. Such an amazing sense of humour! She had the ability to relate to us as equals.

BF: Filming meant long hours, but you had fun in spite of little Kym Karath throwing up on you.

Heather: We laugh about the boating scene now, but at the time it wasn’t so funny. Kym really COULD NOT swim and sank to the bottom of the lake every time we fell out of the boat. She called me the other day and told me she had just learned about a phenomenon called “secondary drowning.” Even though guys were positioned at the shoreline ready to jump in to find her, she ingested so much water that she could have had serious consequences if I hadn’t been holding her and bouncing her up and down before Wise said “action.” I was bouncing up and down because we were so cold. It was an alpine lake. That’s when she threw up all over me and released the water that she had ingested.

BF: The Sound of Music “children” are like family. Have you kept up the friendships?

Heather: We ARE like a family and like a family we have had our ups and downs. As I said on Oprah … there is no DNA connection, but we are a family.

BF: Some of your family members live in Ontario and you have a cottage here. How is Ontario special to you?

Heather: Both of my daughters live in Ontario full-time. The elder one is an RN at the Belleville General’s emergency ward. The youngest goes to high school in Picton. Both of my girls love it up there so much that they have become Canadian citizens. My son is a physician in the US and specializes in infectious diseases with a focus on HIV treatment. Don’t ask me where all that came from with a pair of parents who were artists. The connection to the area has really nothing to do with me being born in Toronto. My late husband Robert Urich’s family used to vacation at Westlake outside of Picton every summer. We were up there one summer and stumbled across a piece of property that we couldn’t resist. We’ve been up there every summer since then.

BF: Could you tell us about your work for the Urich Foundation?

Heather: The Urich Foundation was born out of the need for cancer research and patient care. When someone is diagnosed with a rare form of cancer they usually have to re-locate to be close to the hospital that can treat them. So … that is our goal … it’s not just the patients that are victims of this insidious disease … the entire family is affected.

I love the sound of music and my favorite character is Maria and lesel are my friends and sister and mom.Rip charmian Carr u will be in my heart 4ever and the rest of the cast keep moving forward and keep the spirit of your sister lesel in your heart of the next year it will be 51th aniversry

Sad news that Heather Menzies-Urich passed away at Christmas time. In 2015 Heather kindly shared stories of her early days in the Beach. She will always be remembered for The Sound of Music, another angel in heaven.