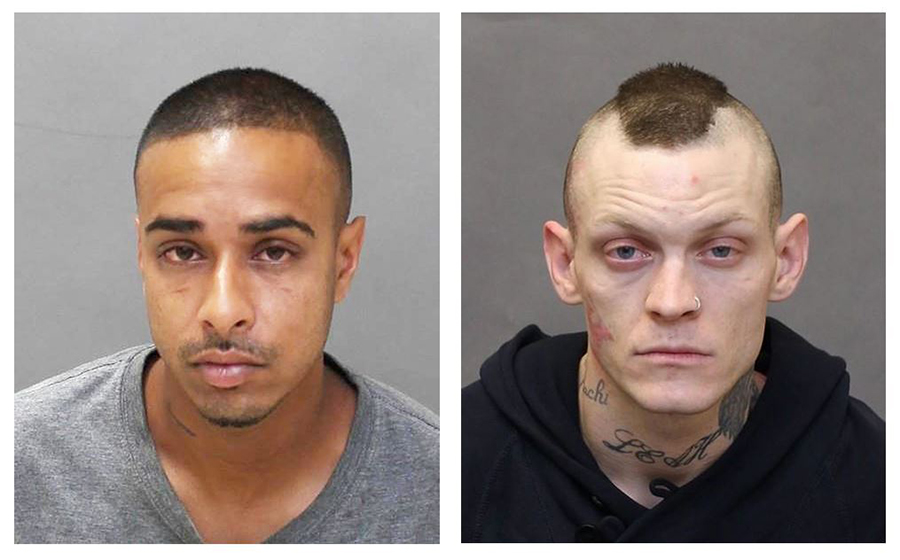 Police are cautioning online sellers after a robbery on the street near the Coxwell subway station.

On Feb. 12, police reported that a 28-year-old man met with a prospective purchaser after advertizing a necklace for sale on Kijiji.

Anyone with any information should call 54 Division police at 416-808-5400 or contact Crime Stoppers.

Samaroo is wanted on two counts of criminal harassment and two counts of failing to comply with probation. He is described as 5’6”, about 165 lbs, with black hair and brown eyes.

A week later, James Hendy, 31, was featured in the program.

Hendy, described as 5’10”, about 150 lbs, with grey eyes and brown shaved hair, is wanted on three counts of
assault, assault causing bodily harm, threatening death, and assault with a weapon.

Anyone with any information should call 55 Division police at 416-808-5500 or contact Crime Stoppers.

Four teens are facing theft charges after a series of arrests.

Police received numerous reports of thefts, break-ins and robberies near Main Street and Gerrard Street East from mid-January to mid-February.

On Feb. 16 a 14-year-old boy was arrested and charged with break and enter, motor vehicle theft, and possession of property obtained by crime.

The same day another 14-year-old and a 15-year-old boy were arrested and charged with unlawfully being in a dwelling, robbery with a weapon, assault and conspiracy.

On Feb. 17, another 15-year-old was arrested and faces the same four charges as the previous two youths.