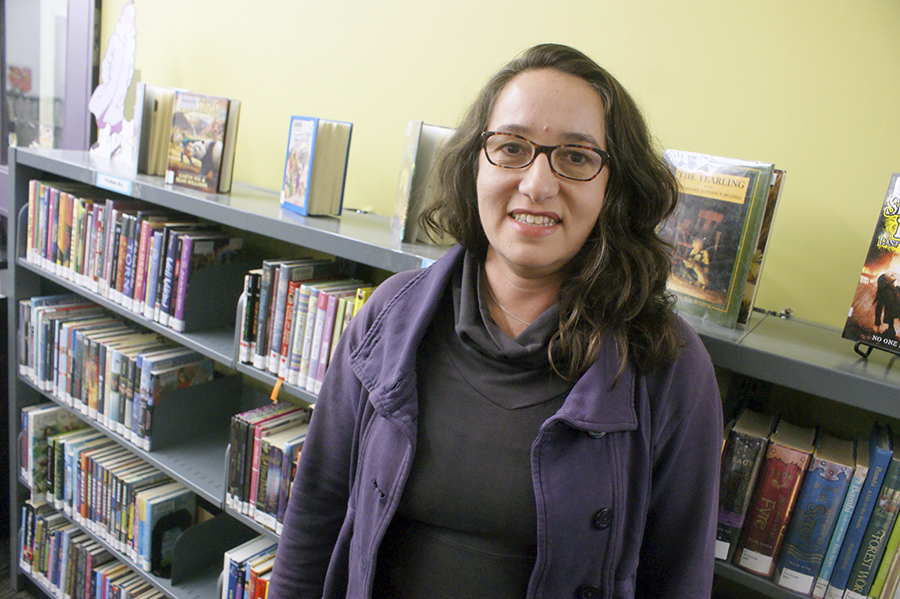 Take a peek through Susana Molinolo’s notebook and you’ll see a variety of inks, textures, pictures – pieces of paper and cue cards taped throughout. Subway and streetcar transfers act as place cards for inspiration, a reminder of where the writer was when she had the adjacent idea, vessels to take her back.

The collecting of transit transfers is something fairly new for Molinolo – she said she started doing it on a whim last year. So when she saw an announcement for the 506 Streetcar Writing Contest, it was hard not to see it as a sign that she should enter, despite the fact that she hadn’t entered a writing contest or had work published in years.

“I mostly walk everywhere, but my next favourite mode of transportation is the streetcar,” said Molinolo. “You just get to look out and daydream. There are just stories waiting to be told.”

One of those stories is Molinolo’s poem I Am Nine, which won the Gerrard Ashdale Writers’ Group contest and was marked with a ceremony and reading last week. The judges said her piece was chosen because it “combined an inspirational story with some unusual description. There was a hint of mystery and the piece felt complete, but also as if there were layers of story between the lines.”

As a writer, creative professional, and community builder, Molinolo has many layers. A freelance writer and producer, as well as a stay-at-home mom who is active in neighbourhood initiatives, she spends her extra creative time working on her novel, a story about a talented musician who has one last chance in the industry before he has to take over his father’s butcher shop. She curates a whimsical Instagram feed that features powerful photographs and small micro-stories.

But until this contest, she hadn’t written poetry in a long time.

“I’ve been a poet for a very long time,” said Molinolo. “But something happened and I just completely stopped writing poetry.”

That changed when she began to sketch out her entry for the contest. The poem, a biographical piece about what it feels like to be a young girl in a country and not speak the language, flowed out of her.

It’s based on the time when her parents decided to settle in Canada after several years bouncing between her home country of Argentina, New York City, and Toronto.

“That poem is rooted in an inability to communicate with the outside world,” she said. “When my parents would take me back to Argentina, I would be tongue tied and forget how to speak Spanish, even though it was my first language. And just as I was getting fluent again and comfortable again, then we’d come back to Canada. That happened to me quite a few times, and I think that as your brain develops in those formative years, the tongue is trying to decide, ‘What’s my language, what do I understand for sure?’”

Thanks to an English as a Second language teacher, Molinolo learned to sing O Canada. “Learning to sing O Canada is a big day in the life of an immigrant child, a person who is learning the language,” she said. She became fluent in English and “obsessed with literature and dictionaries and all of those things because you realize how powerful language is.”

Now, words are her profession – but it takes work to carve out moments to practise her craft, and she’s patient about letting ideas percolate. “My kids are nine and 11, and life is very busy,” she said, noting she wakes up at 5 or 6 a.m. to write before the day begins.

She jots down ideas all day using cue cards she keeps in her purse, a trick she learned from reading Anne Lamott.

“Anne Lamott has been an enormous inspiration to me. Bird By Bird changed my life. I read that three times last year because I was trying to get started on the novel, and I had all of these ideas but I didn’t know how to start,” she said.

The final ingredient to finding her inspiration is making sure to get out and about.

“I’m a huge walker. Pretty much a daily walk for both exercise and meditation. I procrastinate until the very last minute, I go for a walk, all of my research comes together, I come up with the lead, I come home and I write it,” she said.

“My stories are usually written in a very fast time, but I do most of my writing walking around.”