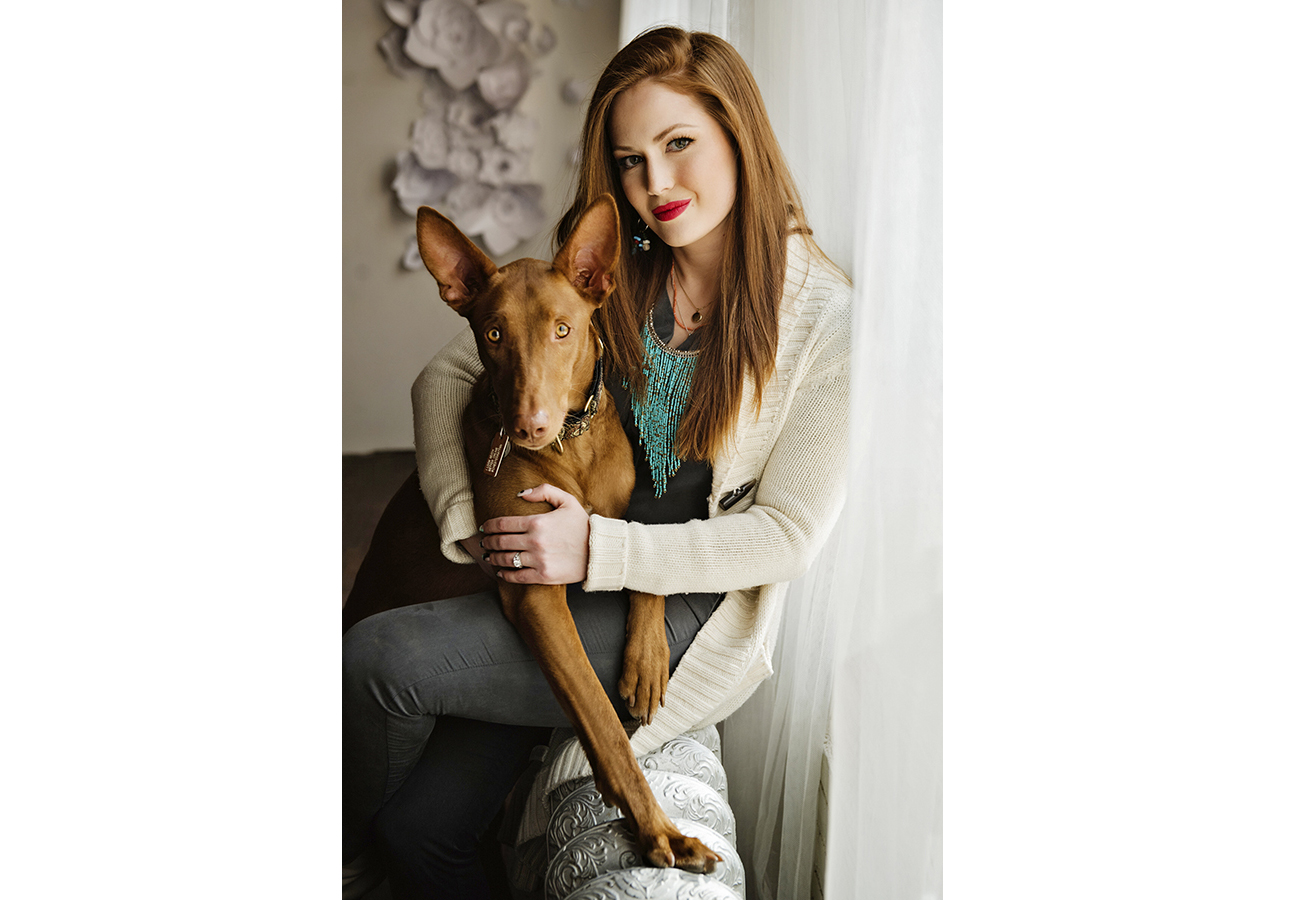 Pearl Ball-Harding was last seen in these pages after being born healthy with the help of a midwife. Now living in Edmonton, Ball-Harding shares a Beach-like love of dogs, including Chester, her 3-year-old Pharoah hound. Photo: Blake Loates

In 1986, Pearl Ball-Harding was making headlines in Beach Metro Community News (then Ward 9 News) at two years old. Her parents, Susan and Michael, were happy to share their story about their baby girl being born at home with the help of a midwife and the support of her aunt, Christine Smith.

After a whiff of oxygen from the midwife, who also suctioned her nose and lungs, Pearl was pronounced “in perfect health.”

That experience set the wheels in motion for Smith to open The Midwifery Alternative clinic two years later at 577 Kingston Rd., with her midwife business partner, Jay MacGillivray. Smith had been so moved by the experience of attending her niece’s birth that she was inspired to pursue the profession. She and MacGillivray, who met through Susan’s midwife, ran the clinic until 1993.

Pearl’s parents had chosen to go the midwife route because Mom was healthy and willing to attend prenatal classes, follow recommended diets and exercises, and learn everything possible about birthing. “Besides,” she said back then, “I was not keen on going to the hospital.”

Now, 30 years later, her parents – freelance make-up artist Mom and entrepreneurial Dad – are proud of their daughter, who is thriving in a career that saw her nominated for a Canadian Screen Award last year.

The path to opportunities that would open the doors for young Ball-Harding to bring her creative and adventurous imagination to life started off with acting classes as a child, and wound its way through high school to York University, where she graduated with a BFA in Film and Television Production in 2008.

“To be honest, the friendships and partnerships I made in high school and university were crucial in marking my filmmaking path,” she says from her home in Edmonton, where she lives with her husband Kaz Hao. In grade nine, she met Albert Shin at Newmarket High School and the two stayed friends through university. In 2011, he would invite her to co-write the 2015 CSA-nominated film In Her Place.

“We are alike in some ways but markedly different in style. I like to focus on creative twists, excitement and grip-your-seat moments. On top of that, the story revolves around three strong female characters and pregnancy so, in that regard, choosing a woman partner made sense,” she says.

The two worked on the screenplay “for years” before funding and shooting on his family’s property in Korea could be arranged. “I was living in Calgary, so I flew to Toronto and Albert and I wrote the bones of it on a yellow legal pad, which I still have with my all my crazy notes, tangents and asterisks,” she says. “It was a labour of love and we took our time with it.”

It all paid off. On March 1 last year, she was sitting at the Four Seasons Centre for the Performing Arts in Toronto with Hao, co-producer/director/co-writer Shin and his wife, and co-producer Igor Drljaca.

“We were right behind the cast of the TV series Schitt’s Creek and near one of my favourite actresses, Megan Follows,” she says.

In Her Place was nominated for seven CSAs, including Best Original Screen Play and Best Motion Picture, and for several acting categories. “We knew the film was doing well and was a bit of an indie darling, especially in Toronto, but to be nominated with and against the heavyweights was not something we predicted.”

Ball-Harding is working on a few new screenplays. One is an adaptation of an Alice Munro short story.

In February, she and her husband spent two weeks in Istanbul, Turkey.

“It was a belated honeymoon,” she says – the couple married Aug. 30, 2014, the weekend before the opening of In Her Place at TIFF.

She is often in Toronto for work and family visits. Does she miss the old neighbourhood? “I like the Beaches. Ashbridges Bay is my favourite park in the whole city.”

As for the future, Ball-Harding says she has no idea where she’ll be in five years. “Predictability is the opposite of adventure and I’m much more the adventurous type!”

Lorie Murdoch wrote for then-Ward 9 News in 1986 and 1987. She is following up with some of the paper’s story subjects to see where they have ended up, in a column which appears occasionally.