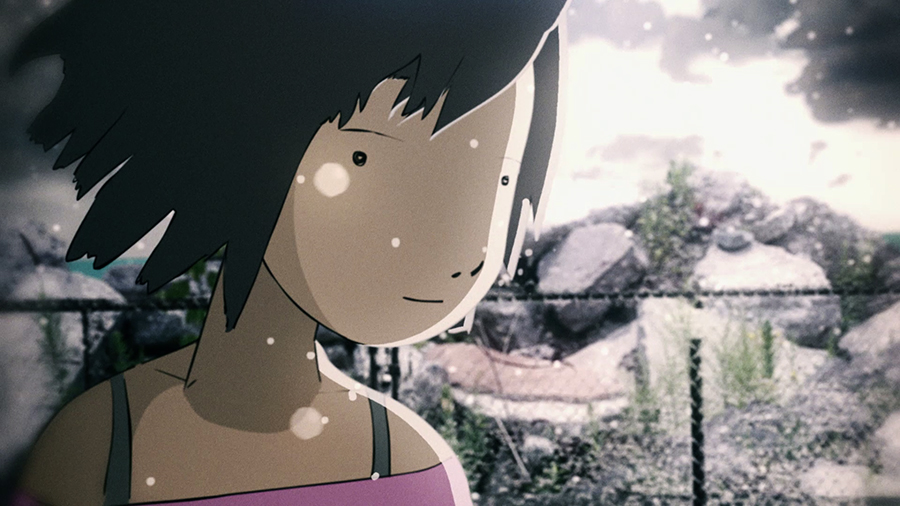 It’s a long way from Malvern Collegiate to Hollywood, but thanks to an animated character named Jessica, Efehan Elbi is starting to make a name for himself in Tinseltown.

Elbi created Jessica several years ago, and she has appeared in written works and graphic novels in the past. But her latest appearance, in his short film Rainfall, earned Elbi and his small crew the award for Best Animation at the 16th Annual International Beverly Hills Film Festival last month.

“She’s been around for a while,” said Elbi, on the phone during a break from working on the animated series Bookaboo for Sinking Ship. “This is her first time on screen.”

Rainfall is an eight minute hybrid animation/live action short film that tells the story of Jessica’s first date, first kiss, and first heartache. Written, directed, and animated by Elbi, the film can only be described as a labour of love.

“It’s very much a passion project in this case,” he said. “Even if it was just finished on a screen I would have been happy.”

“An award at our first festival was about as good a result as we could have hoped for.”

For a while it seemed Rainfall would never see the light of day. The real world seemed to get in the way after a strong start to the project in 2009-2010, and Elbi let it drop. Thankfully the passion he had for the project was shared by a small group of supporters, including actor Molly C. Quinn, probably best known as Alexis, the daughter of title character Richard Castle on the TV show Castle.

Elbi met Quinn at a film festival several years ago, and Rainfall became a passion project for her, too, said Elbi.

Others came on board, including producer and live action cinematographer Aleksey Matviyenko, music composer Joel Harvey, animator and voice actor Zak Tatham, and even Elbi’s father, Omer Elbi, who provided the voice for Jessica’s dad.

Since working on a project during Grade 12 at Malvern, Elbi has wanted to create something mixing live action and animation.

“I always wanted to do another piece like that, but much more refined,” he said.

Until recently, production software and filming techniques would have made the process too cost-prohibitive and labour-intensive, but recent advances in software and drone technology made Rainfall’s completion possible.

Elbi is hoping the award will boost the film’s chances at other festivals it has been submitted to, including the Toronto International Film Festival.

Whether he finds success at home is not yet known, but Elbi does know he plans on arranging a private screening of Rainfall here soon.

“There are a lot of family and friends who have been waiting half a decade to see it,” he said.

Check out the trailer for Rainfall and some of Elbi’s other animation work and creative endeavours at efehan.ca.