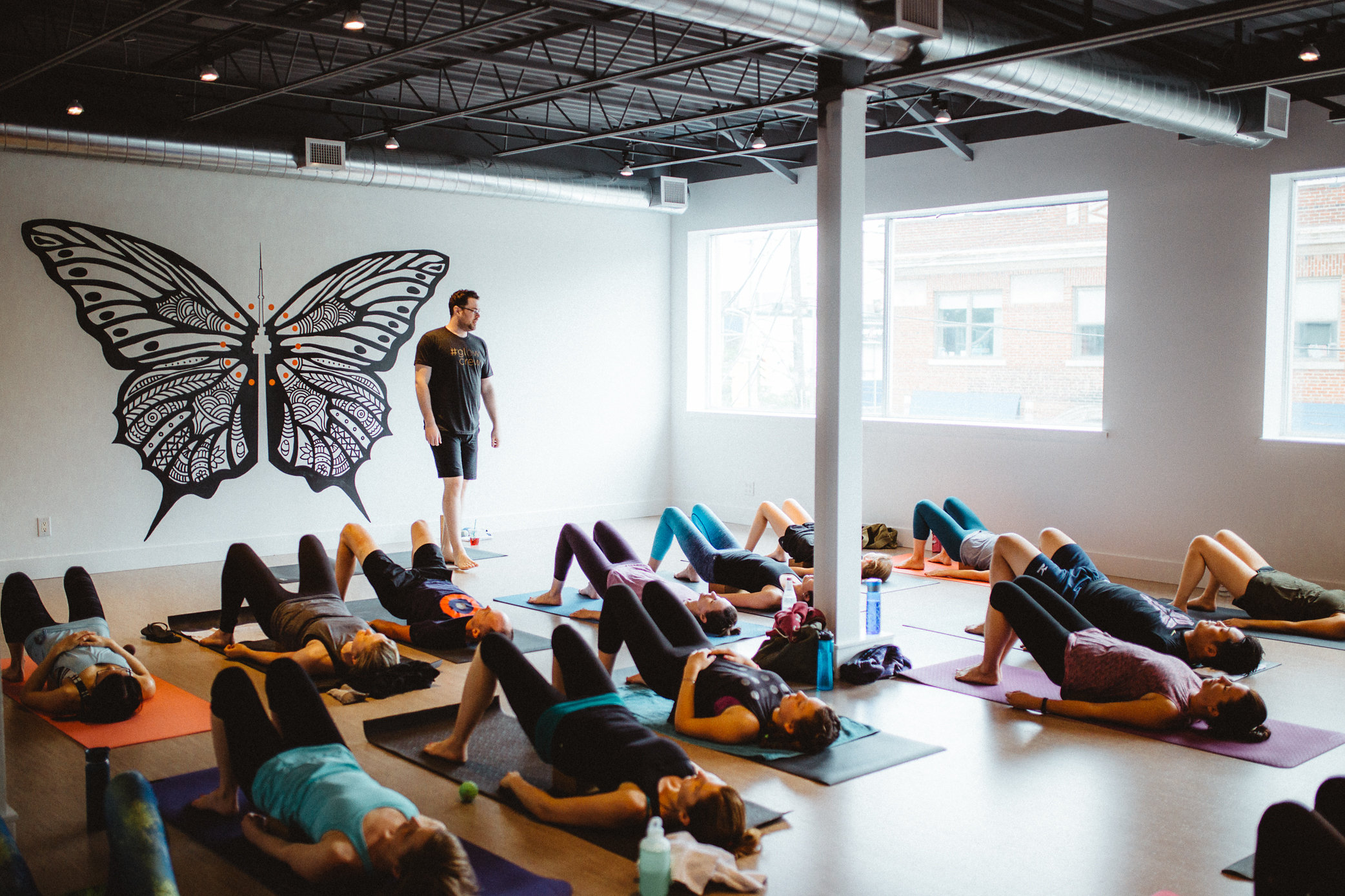 Broad Lingerie owner Sam Conover has been in the bra business for over a decade. Over those years she’s had many conversations with women – particularly busty women – about their experiencing finding a bra that fits, in an environment that’s comfortable, and at a price that’s reasonable. Those conversations, combined with her own experience, have shaped the experience at Broad, where the ethos is “buying a big bra doesn’t have to be a big deal.”

“During my time as a bra fitter, I realized that well over half of our clientele were D cup or above. But I still heard so many women complaining about how hard it was to find bras in size D or larger and so many of them seemed to feel that their size was unusual. Yet experience and data told me that full busted women were actually pretty common,” she said.

She also noticed that many women in this size range hated bra shopping. “If you wear a full bust size, you are usually limited to shopping in specialty boutiques because department and chain stores usually don’t sell anything above a DD,” she said, noting that while these boutiques are great, the high-end shopping experience isn’t for everyone and can be expensive and intimidating, with a limited selection for full bust options.

“I started to daydream of a place where being busty was the norm, not the exception. I wanted this place to be accessible, comfortable and down-to-earth. Less of a boutique and more of a haven or gathering place,” she said, noting that she’s built the store with a “fuss-free” experience in mind. Customers are encouraged to work with a fitter, but they don’t have to. Walk-ins are welcome, she tries to keep most bras under $100, and the fitting rooms are large enough to fit a stroller. Indeed, one adaptation she’s made over the last four months is the addition of nursing bras.

“This was not a part of my original plan because Evie Mamma had a store on the Danforth. But they moved locations, and suddenly I was flooded with phone calls, emails and requests over social media,” she said. Broad makes a point to stay connected to its customers – and that attention to detail has helped word-of-mouth spread.

“It’s only been four months, but I know I would not have made it this far without the support of my customers and neighbours. Most of my customers hear about my store through word-of-mouth, which is incredibly encouraging,” she said. “If people are recommending my store to their friends and family, that means I’m on the right path! And the neighbourhood businesses have been very supportive as well. I will never forget the guy from the Lifer Tattoo shop who shoveled in front of the store after a big storm, the owner of Pose salon who pressed a $20 bill into my hand for good luck or the owner of Len who dropped off a fantastic candle and card. This is a community that supports one another.”

Food purchases will earn credits that can be used for marketing services, explained Reno.

“One of our goals with Manage Mie is to help independent foodservice operators free up much needed capital,” he said.

For a demo of Manage Mie, email dreno@buildingblockassociates.com or call 647-951-5880.

The company’s founder John O’Sullivan says the idea is to offer full funeral arrangements – visitation, service, reception – directly through a person’s local church community, resulting in lower funeral costs. At the same time the church benefits from the partnership.

“The prices are much less … than a funeral home and approximately half the profit goes to the church,” he said.

The service covers everything from the casket or cremation container to government paperwork, with options ranging from simple cremation to full services including flowers and an organist.

For full pricing and package information, see affordablefuneralservices.ca or contact the church at 416-691-8082.

The long-time local resident found it difficult to obtain French books for her children, and an opportunity arose when two of her friends opened the Unlimited Arts Studio. The Book Corner takes up a corner of the studio at 152 Main St.

Grimard-Watt offers books that are “engaging, funny, inspiring, books that both parents and kids have fun reading together while learning basic French words, books that would help children stay engaged into the French program they are enrolled into.”

Stop by the studio to check out the selections in this local small business or visit childrensfrenchbookcorner.com.

The studio offers a variety of yoga instruction in their 3,000 square foot-plus facility, overseen by co-owners Julie Watson and Elizabeth Doyle Harmer. Watson brings more than a decade of experience in fitness, nutrition and yoga training. Doyle Harmer’s yoga training is balanced on the business side with an MBA from McGill.

The studio is designed to feel like the outdoors has been brought inside its two practice rooms, while also offering perks such as free WiFi and tea.

As the owners write in the studio’s ‘manifesto’, “We are the beacher, the biker, the boardwalk surfer. We are the artist, the writer, and entrepreneur. The outdoor worker, and work from homer. The streetcar slogger, car-commuter and walker-by. We are the retired workout junkie, the hard-core HIIT enthusiast, the yin yogi, power yogi, and inspired yogi. We are the toddler, the teen, and in between.”

Find out more and sign up for a sample class at afterglowstudio.ca.

For those tired of making the trek out of the area to access a big-box hardware store, the long wait is over – Lowe’s has finally opened its local store at Victoria Park and Danforth Avenues.

Occupying the store that began life as a car factory and most recently housed Target and, before that, Zeller’s, the Shopper’s World location held its grand opening just in time for the Canada Day weekend.

The store is the company’s 45th in Canada and only the second in Toronto. Management expects the store to provide about 130 jobs, with 30 to 40 more seasonal positions. Check lowes.ca for hours of operation.

A Beach-based home management platform is currently in beta release in the East End.

Quartermaster was inspired by the neighbourhood’s old fashioned business network based largely on homeowner referrals, and aims to offer a digital platform to allow users to share recommendations with other users.

“The Beach is a community with a tight referral network, which is what we are aiming to replicate digitally, in order to make it faster and easier to find instant referrals when you need them most,” said co-founder Michael Phillips in a release.

Quartermaster follows something of a ‘golden rule’ theory with referrals – only good experiences are shown, so rather than filtering through positive and negative reviews, users only see those local businesses with positive feedback from other users.

Along with the referral network, Quartermaster also allows users private storage for home-related details such as serial numbers, maintenance schedules, user manuals and digital receipts. Users can also create shared calendars or how-to guides for tenants or visitors, such as garbage schedules, laundry instructions or how to use an alarm system.