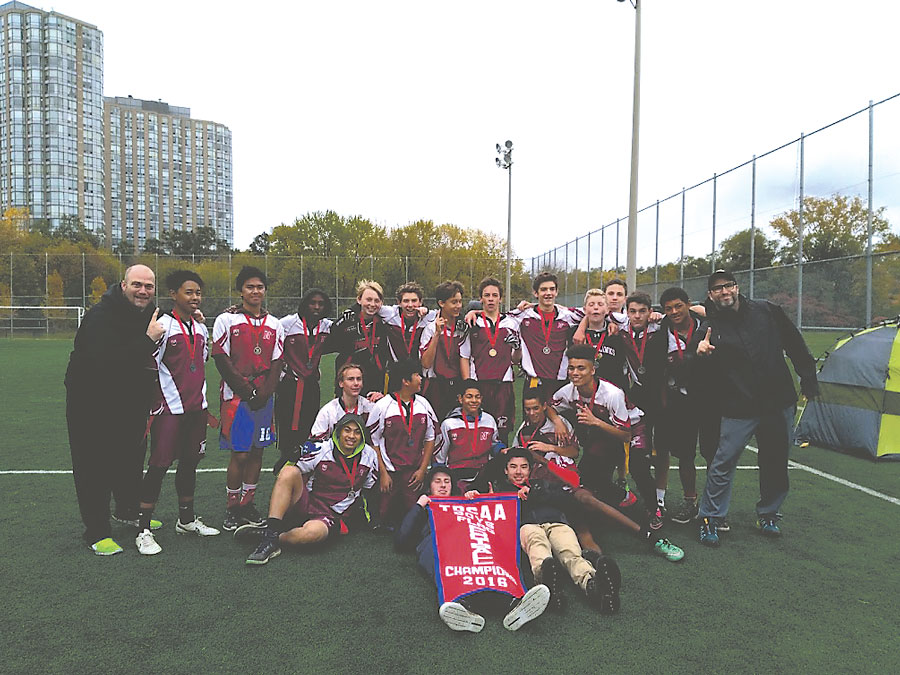 Donning their red and white jerseys, not one but three teams of Neil McNeil students stood proudly in front of the field after winning the Toronto Catholic District School Board championships this October.

Under the guidance of their current coach, Scott Switzer, as well as grade 12 student coaches, Liam Carr and Marcus Nicoletti, the flag football, junior and senior rugby 7’s teams were able to walk away having secured their spots as the number one team in their leagues.

“I wanted to acknowledge the effort of John in past years in helping to build this school program,” said Ranson, adding that the success of these teams has a lot to do with the support they receive from the community as a whole.

Switzer, who was a national level rugby player and currently coaches at the Balmy Beach Club in addition to Neil McNeil, was thrilled to be a part of the win.

“We played [Cardinal] Newman in both the Junior and Senior final and both games were very competitive so we were able to squeak out wins for both of them. So it was great, very rewarding,” said Switzer.

Now that they’ve won the championships, Switzer says the teams will have a get-together to give students their awards “and then we’ll start looking towards the spring.”

So it’s no rest for the weary, but then again, there rarely is for true champions.