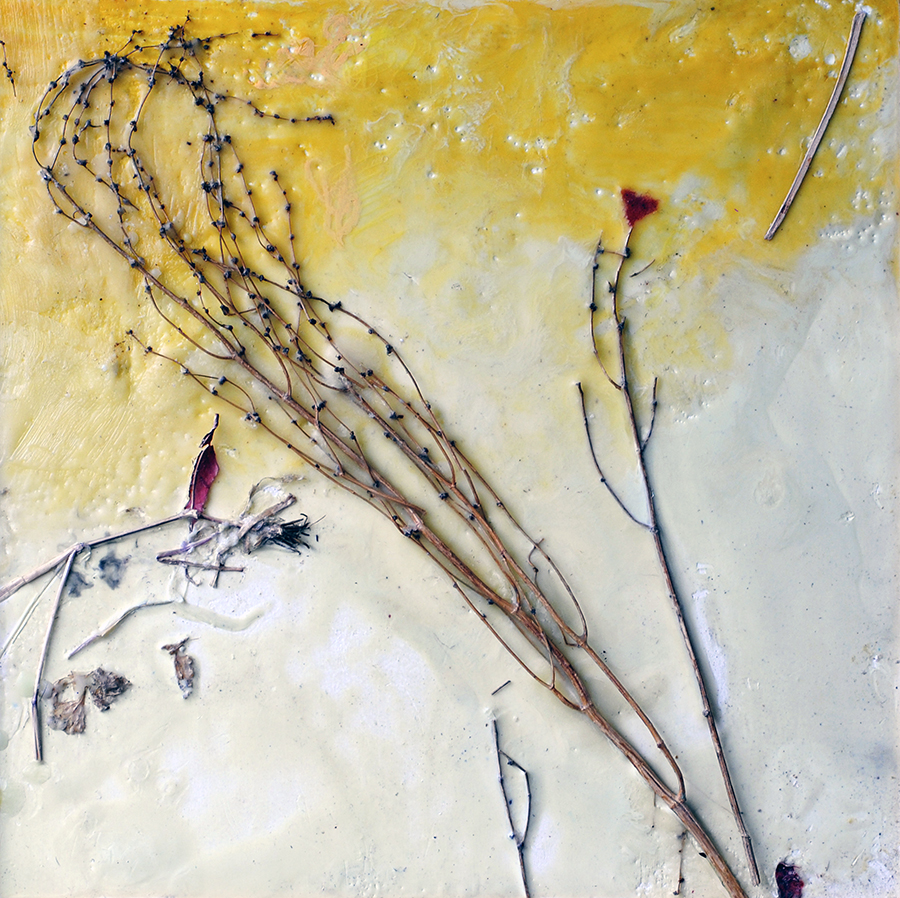 Mallory, a founding member of Gerrard Art Space who has shown there several times, easily moves between painting, drawing, and printmaking, drawing inspiration from the water and world around her. Recently, she’s been sticking to encaustics, using found objects as collage and graphic elements.

This is her second show of encaustic work at Gerrard Art Space. Known for her monoprints, Mallory discovered encaustic when she took a course “out of curiosity” and then realized “it was what I was looking for,” according to press materials for the show.

The encaustic medium, like monoprinting, is one that allows the artist to play on the edge of chaos, making spontaneous discoveries due to its uncontrollable nature. With this exhibit, “I want it to show that things can be made out of almost anything, because what I’ve used is things I’ve picked up off the street,” she says.

“When I broke my leg two years ago, I had to walk carefully, especially outside. I had to look down at the sidewalk, and there were a host of fascinating little twigs and bits of this and that. I started picking them up. Next thing I knew, they were starting to appear in my work.”

The process of exploring the relationship between chaos and harmony continues a theme that Mallory has explored for many years, notably in her Heronry series, in which she documented a decade in the development and destruction of the nests of a colony of herons.