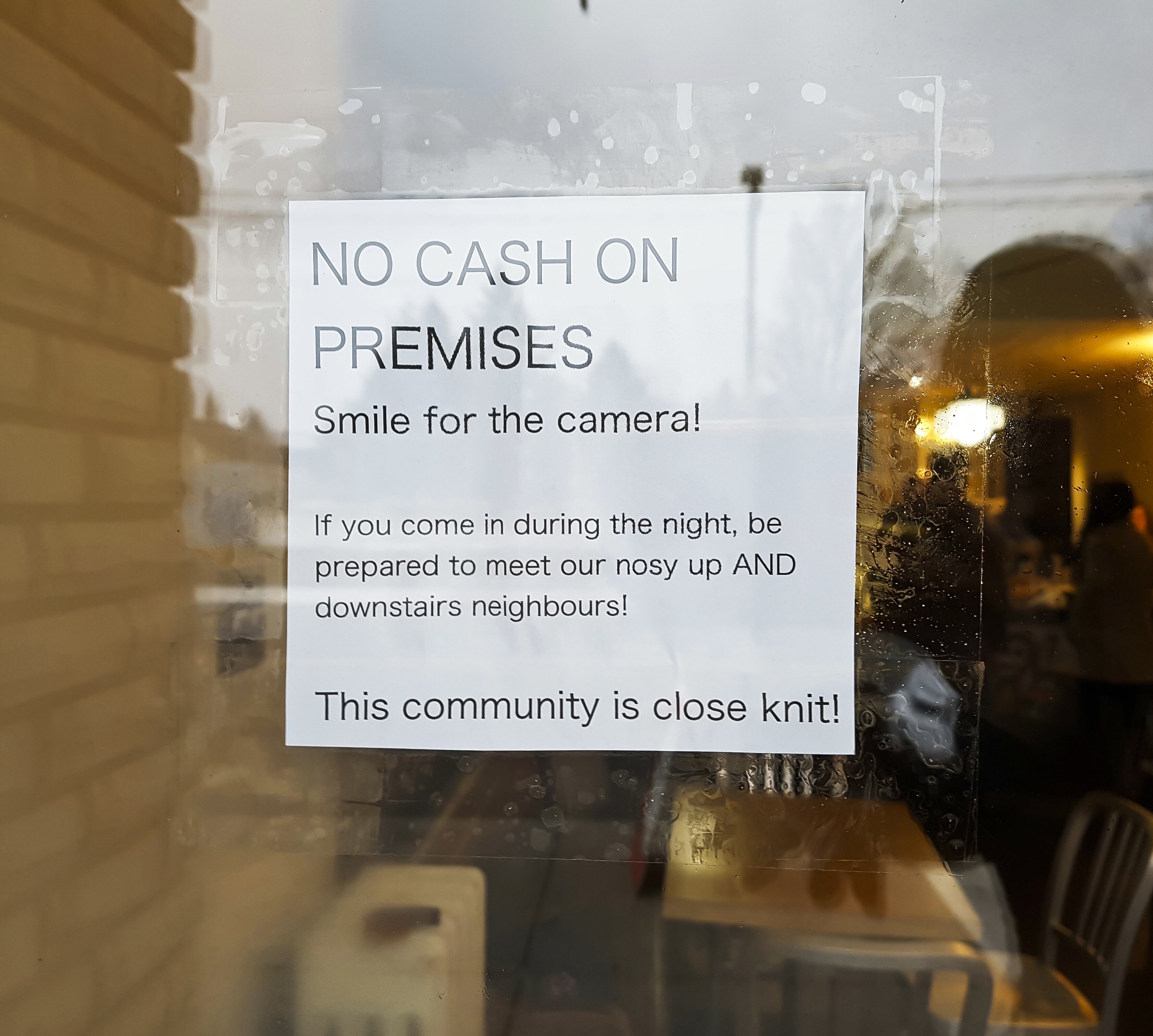 A sign on the door of Grinder on Main aims to deter potential intruders. PHOTO: Lara O'Keefe

A number of East End café owners have spent the last several weeks picking up the pieces following a series of break-ins.

Recently, the incidents have moved east, with a thief smashing the glass door at the Scarborough Road Savoury Grounds location overnight January 2. Days later, residents were shocked to discover yet another break-in at the Beaches Bake Shop on Kingston Road.

While the major crime office of the Toronto Police are currently investigating the incidents, media relations officer, Caroline de Kloet said late last week that “there are no leads at this time.”

In the meantime, area cafés are on the alert and remaining vigilant with some such as Grinder on Main, posting new signs in their front windows to inform customers, as well as potential offenders, that there is no cash kept on premises.

Owner James Feistner said their hope is that without any cash on premises “the worst that happens is our door gets smashed and we have some glass to clean up … I don’t know if there’s anything we can do aside from keeping cameras and signs up.”