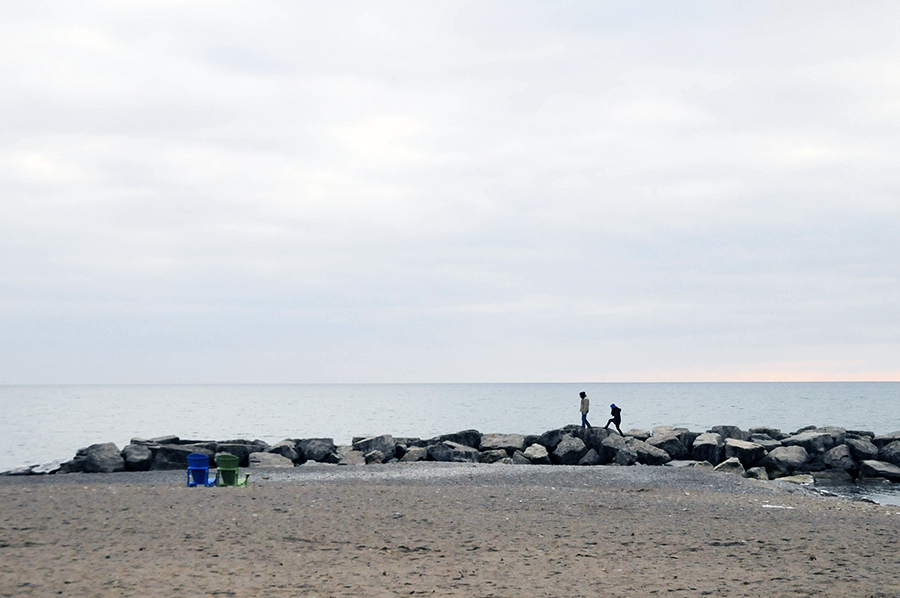 The not-so-snowy January may have had an effect on local real estate sales. PHOTO: Beach Metro News file

As this dreary winter that wasn’t (or is yet to be?) unfolds, I thought I’d reflect upon the past year in Beach real estate and postulate upon the upcoming few months ahead of us. Of course, if the chilling forecasts and tall tales regarding this winter’s ferocity, and those omnipresent polling predictions of the election of Hillary Clinton were any indication, please accept an allowance for error to be built in. Not that I believe there’s going to be any sort of major correction or upheaval in the Beach real estate market in the next few months – but, as we have seen, educated guesses appear to be debatable at the moment. I do wish the weather prognosticators could get it right, though.

The Toronto real estate market showed it still had an even higher gear in 2016, setting record high prices for homes across the GTA. Larry Cerqua, president of the Toronto Real Estate Board (TREB) announced in a recent TREB Market Watch Report, that “2016 was a second consecutive record year for home sales. Greater Toronto Area realtors reported 113,133 home sales through TREB’s Multiple Listing Service – up by 11.8 per cent compared to 2015”.

Further, according to Jason Mercer, TREB’s director of market analysis, “price growth accelerated throughout 2016 as the supply of listings remained very constrained. Active listings at the end of December were at their lowest point in a decade-and-a-half. Total new listings for 2016 were down by almost four per cent”. And, citing a recent Toronto Real Estate Board market report, “key drivers of record home sales included population growth, low mortgage rates, low unemployment, and above-inflation economic growth, while strong demand and very low inventory resulted in robust price growth. It’s important to note that record home sales in 2016 were heavily based on domestic demand. Foreign buying activity in the GTA represented a minimal 4.9 per cent of transactions.”

TREB also reported that through its MLS, the strongest annual rate of sales growth in 2016 was experienced for condominium apartments followed by detached homes. All great news for home sellers. Not so great for home buyers, especially the first-time buyer.

Yet, even the move-up buyer has been having trouble, considering that simply finding a suitable house to move up to can be exasperating in some cases.

Our Beach neighbourhood kept its own robust pace throughout 2016, setting new highs for prices as a result of the smaller inventory levels and great demand, being a sought-after destination neighbourhood in the city.

With the month of January now wiped off the calendar, the Beach real estate market is once again slowly starting to show signs of life. Expectantly, January is traditionally the slowest month for real estate across the board, yet it has been pointed out by more than a few agents as to how slow January had been this year.

And it was slow. This past January, there were only 15 homes sold, and very little choice for buyers.

I think that if we’d seen any accumulation of snow over the past couple of months, then January would have actually seemed like winter and the slow drip wouldn’t have been as noticeable. The forecasts mostly called for a harsher winter than we had last year, and economic eyes were on our neighbours down south, so it may be safe to say that many sellers decided back in October and November to wait until the U.S. election was over, and when the snow and cold temperatures were gone, they would put their properties on the market.

Going forward, you will see price gains somewhat similar to last year’s advances in the Beach, although not quite as robust. Once again, the inventory of homes for sale will not outpace demand, especially in the hot first-time buyer range, where it will be tough for those looking to get into the market. As a TREB report cited, “despite the possibility of a decline in sales, first-time buyers will continue to account for more than half of the home sales in the GTA. Strong first-time buyer activity points to confidence in home ownership as a quality investment. A likely range for the average selling price in 2017 is between $800,000 and $850,000, with a point forecast of $825,000.”

So, let the games begin.

If you have any comments regarding this article, or questions about Beach real estate in general, please feel free to contact me at  tneal@trebnet.com, or through my office at 416-690-5100.