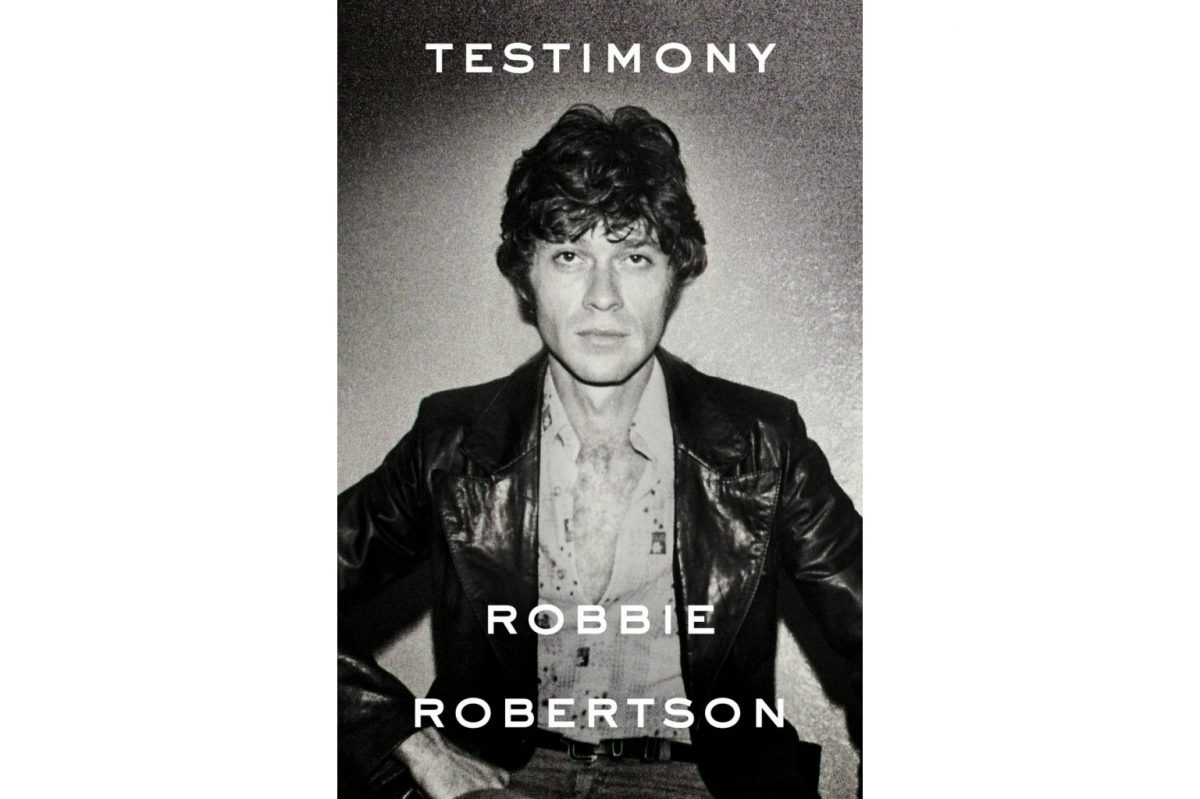 Rolling Stone recently called Scorsese’s The Last Waltz (1978) “the single greatest concert movie of all time” that “changed the way live music felt on screen”. Celebrating the 40th anniversary of The Band’s farewell, lead guitarist and songwriter Robbie Robertson has released his vivid memoir, Testimony, which tells the story of his musical journey from his first guitar in Scarborough to that final San Francisco concert in 1976. And what a story it is.

Jaime Royal “Robbie” Robertson was born in Toronto in July, 1943. His mother came from a Mohawk-Cayuga culture of storytelling, music and art. Robbie spent summers learning the gift of storytelling from elders at the Six Nations Reserve near Brantford. His mom’s advice was, “Be proud you are Indian, but be careful who you tell.”

When Robbie was small the family moved to a modest, clapboard house on Atlee Ave. near the Midland Avenue and Kingston Road intersection (once called Stop 14 at the Half Way House).

“I’d landed square in the heart of suburbia,” Robertson recalls, “so many memories, life-changing memories” like getting a guitar for Christmas and knowing what he wanted to do with his life…play that new rock and roll music.

The Bluffs area was a good place for a kid to grow up. Robertson says “it was so beautiful to stand there and look out at that whole lake … and thinking, Wow, on the other side is the United States, I wonder what that’s like.” He would find out soon enough.

When Robbie was 13, his parents divorced and his mother told him that the dad who raised him, Jim Robertson, was not his biological father. That man, a card shark and gambler named Alex Klegerman, had been killed in a hit-and-run accident on the QEW when he was only 22.

Robbie soon became close to his newfound family who happened to be crime bosses in the Jewish underworld. Robbie now felt doubly an “outsider”, but his uncles looked out for him later when he played the tough Yonge Street bars.

At 16 Robbie hopped on a train alone to join Ronnie Hawkins and the Hawks in Arkansas, the “holy land of rock ‘n roll.” He paid his dues with years of the wild life on the road. By 1965 the Hawks became Bob Dylan’s touring band and moved to rural upstate New York and the house called Big Pink. With the Vietnam War raging, “Hawks” was not a good name. Everyone in town just called them “The Band” and the name stuck.

Some say that if you remember the ‘60s, you weren’t really there, but Robertson seems to remember conversations with just about every famous person of the era, from the Beatles to Andy Warhol to Marlon Brando. Robertson is like a genius version of Forrest Gump, witness to moments in history. In 1963 the Hawks played at a strange Texas nightclub with no roof. It was owned by Jack Ruby, the mobster who would shoot Lee Harvey Oswald a few months later.

“I felt like I had a front-row seat for the cultural explosion that was changing the world,” he said. The Hawks were there when Bob Dylan was booed around the world for the “sacrilege” of going electric. In 1969 The Band played the Woodstock music festival which only happened because of the mystique of Dylan and the group living nearby. Robertson’s timeless songs like “Up on Cripple Creek”, “The Night They Drove Old Dixie Down” and “The Weight” influenced a rebirth of Americana roots rock even though The Band was Canadian except for Levon Helm.

Testimony is a cautionary tale about the excesses of life on the road — sex, drugs, rock ‘n roll…and gangsters. Addictions took many of Robertson’s friends like Jimi Hendrix, Brian Jones and Janis Joplin. Three of his own “band of brothers” were “riding close to the edge.” He wrote songs of their self-destruction (”The Shape I’m In”, “Stage Fright”) as the group “survived the world’s madness, but not our own”.

The memoir fittingly ends with the incredible group of talent performing at “The Last Waltz” in 1976. It doesn’t get any better – or more Canadian – than Neil Young, Joni Mitchell and The Band singing “Helpless”. (“There is a place in North Ontario, all my changes were there.”)

Music and movies were the soundtrack of the baby boomer and counter-culture generation. Robertson went on to acting (Carny in 1980), solo efforts and music producer for most of Martin Scorsese’s great films, including the recent Silence (2016). For him, “Life is a Carnival” (Robertson worked at the CNE Midway) and it has been a long, bumpy, but exciting ride “Somewhere Down the Crazy River”. His haunting music and the evocative lyrics of a storyteller continue to capture a mood on film and recordings.

This spring Robbie Robertson plans to revisit his roots at a Six Nations ceremony. Life comes full circle for a kid who grew up in the Bluffs looking out over the lake with big dreams.

For more great Canadian music watch the Juno Awards on Sunday, April 2. Birchmount C.I.’s The Weeknd has five nominations. The torch has been passed.