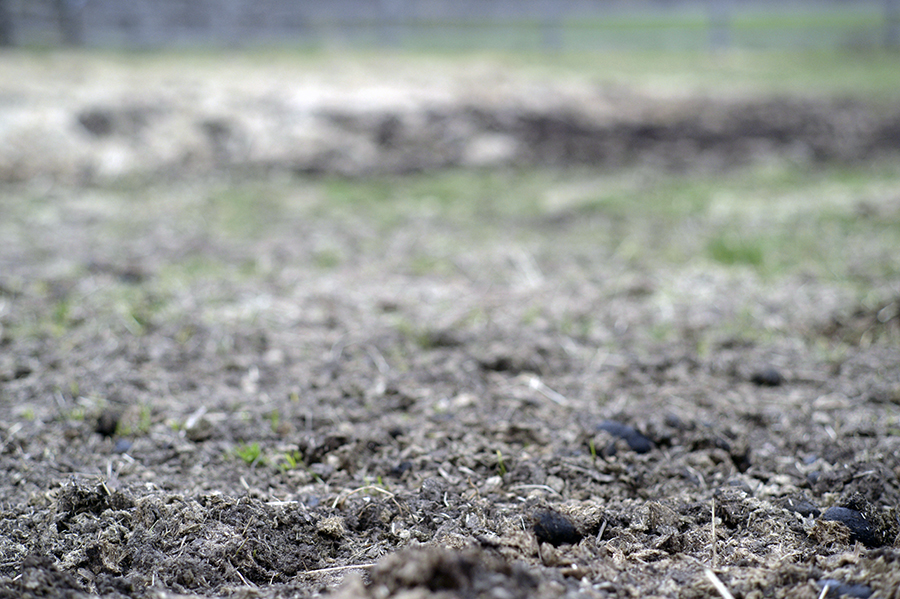 If you want to play nice with most gardeners, don't call soil dirt. PHOTO: Anna Killen

Who would’ve thunk that ‘dirt’ would turn out to be such a dirty four-letter word?

Well, a lot of gardeners I know avoid it like the plague, and some would probably like to see it banished from the land of horticultural lingo for good.

I once had a student gardener helping me prepare a formal planting about 10 years ago when he suddenly blurted out this four-letter word from the other side of the bed, “Hey, I think we need more dirt over in this section!” I think he was more than a little puzzled when I responded with, “OK, I can move some soil over from this section, but if it’s dirt you want, go down to the stables and get some.”

OK, we know gardeners are a picky lot and real sticklers for terminology, but what’s this dirt/soil kerfuffle all about?

In its pure form, soil is simply an elegant mixture of rocks that have been weathered down over the eons to microscopic sized particles – the smallest are clay, larger particles are called silt and the largest in the mix is sand. The proportion of each of these three mineral elements, along with well-rotted plant material decaying insect and animal bodies and other organic materials determine the soil’s texture, nutrient holding capacity, and drainage characteristics.

Dirt, on the other hand, is a little more – how can I put it – filthier. The word ‘dirt’ originated from the Norse and old English term ‘dritan’ which means ‘to defecate.’ As the mucky little word lurched through middle English it became the more to the point and less polite four-letter noun ‘drit’, which literally means ‘excrement’. Even today, the word survives in Norwegian as a mildly slangish expletive so when somebody happens to stub their toe in Oslo there’s a good chance they will be heard as far away as Fredrikstad hopping about shouting, “Dritt!….min fot!!”

Now that we have the difference between soil and dirt sorted out, you might be wondering where manure fits into all of this. Well, I suppose you can use it as a synonym for dirt, but actually it’s a verb, that is related to ‘manoever’ from the French word ‘meynoverer ‘ that means ‘to work the soil.’

Of course, you only have to drive by a field in early autumn and take a couple of whiffs of that pungent bouquet wafting through the air vents to realize that the farmer has manured plenty of ‘drit’ into the soil. It’s an important addition to mineralized soils fertility and usually comes from the business end of horses, cattle and sheep. Throw in some organic matter like composted leaves, and the soil has the makings for a pretty good crop.

So, for the sake of those glassy-eyed readers who can’t wait for this dirty little column to end, let’s sum this whole nitpicking mess up. Dirt is excrement, occasionally manure, sometimes dung and often, a lot of other unmentionable words. Pure soil is an assortment of mineralized rocks of different sizes to which a certain amount of organic matter is added.

But since I am making up the rules here I guess we can allow some exceptions.

Baseball speak is sacred as far as I’m concerned, so we can continue to let Buck Martinez yell “Donaldson got a mouthful of dirt sliding into third” when he really should say “mouthful of soil” because major league base paths are made of clay, which as we all know by now is one of the three main elements of soil. And I suppose someone can be excused from saying “My dog soiled the carpet” because, if nothing else, the cleaning service may think they are completely bonkers if they correctly said, “My dog manured some dirt into my new rug.” And speaking of dogs, just in case Fido, Rex, Rover and Scruffy (you know who you are) happen to be reading this column that’s peeking from under the kibble dish… my soil has a lot of organic matter in it already so it would be very nice if you would kindly stop adding more ‘dirt’ to my front lawn.