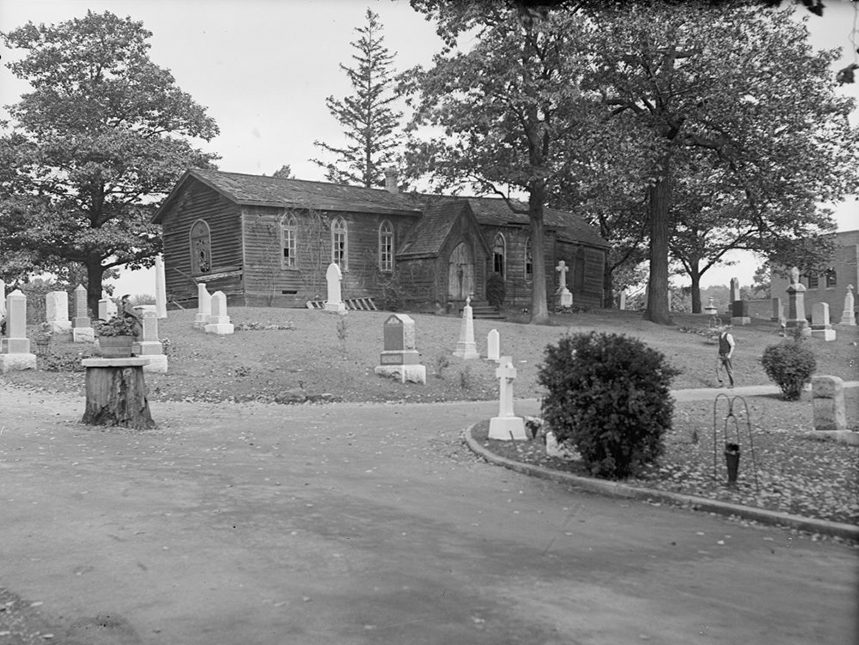 The Beach’s rich history will be on display during the City of Toronto’s Doors Open event, May 27 and 28th.

The historic church of St. John the Baptist Norway and the adjacent cemetery will throw open their doors so visitors can discover the fascinating history of one of the East End’s oldest places of worship.

The church is proud to be part of such a distinguished event.

Since its inception in 2000, Doors Open Toronto has attracted more than two million visits to nearly 700 unique locations. It is Canada’s largest Doors Open event and one of the three largest in the world.

This year’s 18th annual edition offers an opportunity to see inside more than 150 architecturally, historically, culturally and socially significant buildings across the city.

St. John’s Norway is considered the mother church for all Anglican churches in the old city of Toronto east of the Don River.

Founded in 1850, the original church was actually an old school house, drawn to the site by oxen. The little wooden church was enlarged and became a landmark for many years.

Modern Beachers will recognize the names of people who have been a part in the church’s history.

Consecrated in 1855 by Bishop John Strachan, the first baptism at the church took place in 1851.

The land was given to the church by Charles Coxwell Small and the first burial at the cemetery was that of William Dawes, a farmer and storekeeper in the village of Berkeley, who died on July 18, 1854. Prior to this, the register records a number of burials in the Ashbridge family burial plot.

That family plot was built over many years ago and the remains of the Ashbridge family were removed from the family plot and reinterred at St. John’s Norway cemetery.

A number of bodies were not moved from the old family plot, and remain there to this day.

The corner stone for the brick church that’s so familiar to Beach residents, at the corner of Kingston Rd. and Woodbine Avenue, was laid in 1892.

Visitors will be able to check out our church’s special history at the heart of the Beach community.

From the war memorial at the back of the church to the window commemorating the Canadian Expeditionary Force, the church is a living reminder of our local history.

One of the church’s longest-serving rectors, the Revd. Canon Baynes-Reed, was a true war hero in every sense.

He served as chaplain to the 75th Battalion CEF and was known for his faithful service to God on the battlefield and was mentioned in dispatches.

A Toronto Star article from June 1915 described Baynes-Reed as “…a militant parson, not a church parade parson.”

During the war, his work was described as an “inspiration to the men in the trenches.  He has conducted prayers for the men in their dug-outs, administered communion service and lived among the men through all their days of fighting, of over two years in France.”

The Revd. Baynes-Reed’s communion set that he used on the battlefields of France is on display in the case near the north door.

Local historian Gene Domagala will conduct tours of the beautiful and historic cemetery on Saturday at 11 a.m. and 2 p.m.

My great grandfather Albert Schofield Smith was a grocer on Queen St. E. near Hambly. Through famiky stories I heard he built The lintal at The front of present Church, sometime around about 1893. He dued on Nov.28, 1898 and is buried in the cemetary near the front entrance. Ironica,ly my wife’s ASHBRIDGE relatives were buried very near.
I believe my gr8.grandfather’s second wife was a Louise Hogarth, whose famikynwere buried there as well.