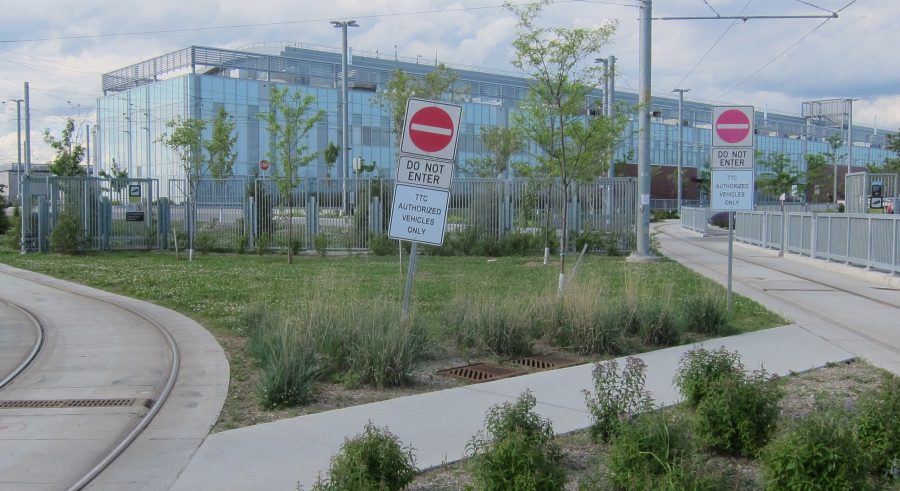 You’ve probably heard Armstrong pool, where Penny Oleksiak’s Olympic journey began, will soon be closed to save $162,000 annually. It’s a drop in the lake compared with money politicians flushed away in recent years on the streetcar maintenance and storage facility at Leslie and Lake Shore.

Some knew Leslie Barns was a mess long before shovels broke ground. Councillor Mary-Margaret McMahon labeled it “an utter boondoggle” on her first days in office and sought alternatives, though she got no support at council – even with a new mayor, Rob Ford, promising “respect for taxpayers.”

David Gunn, likely the most respected TTC chief of the past 45 years, traces trouble back a decade, to when former mayor David Miller and his TTC chair, Adam Giambrone, were insisting we buy 100-per-cent low-floor streetcars for $1.2-billion.

“The 70-per-cent low-floor model was proven; they’re as good for accessibility; they’d have cost half as much and you wouldn’t need this new maintenance facility,” the retired Gunn said last month from his home in Cape Breton. “You could maintain them at Hillcrest (the old streetcar shop at Bathurst and Dupont). They might even all be delivered already.”

In total, he says, with new overhead wiring, platforms and $500-million for Leslie Barns, “you’re getting up near $2-billion for [204] streetcars. That’s insane.”

Nearly a third of that $500-million tally came as a result of a land deal that looked too good to be true and, of course, was: In late 2009, the Toronto Port Authority (a federal agency), offered 18 acres at Leslie and Lake Shore for $1 as part of negotiations to resolve a property-tax and harbour-fee dispute with the city.

There were three strikes against the site; two were plenty apparent long before contracts were signed.

Strike 1: Soil contamination. In January 2011, an executive from real estate firm JJ Barnicke told transit advisers convened by McMahon the maximum value of the site would be $15-million – if already cleaned, leveled, approved and desirable for commercial use. Weeks later, despite McMahon’s attempt to get a 90-day delay for further study, the TTC committed to spending $52-million to truck polluted soil to Niagara.

Strike 2: Transit operators need to spread out overnight storage to minimize commutes for streetcars going into and out of service; it’s “the first rule of thumb” for site selection, says TramStore21 (a European Union repository of international best practice). The TTC had an east-end depot at Connaught; it needed a central one for the Spadina, Bathurst and Harbourfront routes — and had access to enough land under the Gardiner at CNE Loop to store 70-plus new streetcars. Reorganizing the Hillcrest shop on Bathurst could have accommodated St. Clair cars, whose commute to and from the west-end Roncesvalles barns is 45-minutes.

“Picking Leslie locked us into wasted millions every year for a century or so,” one transit professional said.

Strike 3 was confirmed at a closed-door meeting at City Hall on June 24, 2011, when staff warned the $14-million estimate for tracks on Leslie Street wasn’t even close. Bruce Nagy, McMahon’s assistant at the time, told me of  “red faces and anger” when it was learned sewer and water mains and other utilities would need relocation, but then-TTC chair Karen Stintz insisted the plan proceed, accepting the TTC’s argument about time constraints.

I warned commissioners the price had risen to $75-million at a July 6, 2011 TTC meeting (apparently, nobody else was willing to say so publicly). The tab hit $105-million by September 2013 – 7.5 times the original estimate – briefly making headlines.

In total, we paid $157-million (and some have reported closer to $200-million) to make usable a piece of land worth between $1 and $15-million – land in the wrong spot for the TTC’s needs. Transportation planning veteran Ed Levy, among those who advised McMahon, calls Leslie Barns “appalling in terms of sheer cost and location.”

The TPA hired real estate experts from Cushman & Wakefield to evaluate the site. They found, because of soil liabilities, it really was worth $1 – if left undisturbed. (TPA was so pleased with its transaction that it offered the city more such land for $1 in 2010.)

It’s unclear whether the city also did a comparable evaluation or due diligence before buying the site. In response to a freedom-of-information request, the city first said no study was done, but later demanded $690 to see what they had. The city also priced document assembly for other FOI requests well beyond a journalist’s budget.

Politicians sometimes tell us they have to make “tough decisions,” like closing pools.

KPMG included Leslie Barns in a report last year on troubled TTC projects, but spoke only to people with a vested interest in minimizing embarrassment. It blamed cost escalations on contract delays, rather than the actual haste to sign them. It blamed “scope creep,” without acknowledging the extra work was the result of a botched site selection.

TTC defends the cost of what it says is a state-of-the-art facility, saying “it will serve Toronto well for decades to come” and noting that “any property would require preparation and cost above and beyond purchase price. Since this was city land already, significant savings were achieved on acquisition.”

Work at CNE loop and Hillcrest would have had costs, too, but not as much as we spent on Leslie.

The Scarborough subway extension and the Gardiner rebuild may become far bigger boondoggles, but they’re in the early stages. Leslie Barns has largely played out and it’s local. Beach Metro readers suffered the disruptions and traffic; some were called NIMBYs for opposing the plan.

Leslie Barns is also just blocks from Armstrong pool, an East End asset we’re losing to save $162,000, or about one-tenth of 1 per cent of the minimum $157-million blown to make the $1 site usable.

Some don’t want to fight old battles, saying this is all water under the bridge, but what further tough decisions, locally, and in communities all across Toronto, will have to be made to offset the other 99.9 per cent?

This column is part of a series tackling urban issues in the East End. Connect with Stephen Wickens on Twitter @StephenWickens1.

Great article. I heap blame on Paula Fletcher as well. She technically voted against it but was disingenuous in her weak objection. Worst planning error in the east end in 25 years.