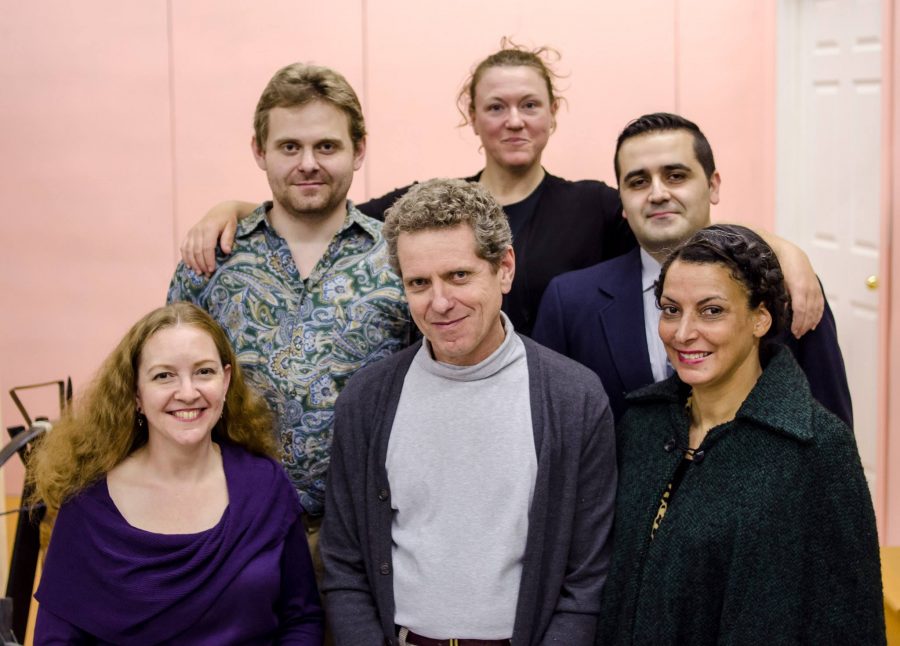 The cast of Scarborough Players' production of Deathtrap. PHOTO: Submitted

Meg Gibson came of age on and behind the Scarborough Players stage – and she now makes her directorial debut at her home theatre with Ira Levin’s thriller Deathtrap, opening June 30 at the Scarborough Village Theatre, 3600 Kingston Rd.

The show – recommended for mature audiences – follows famous Broadway thriller writer Sidney Bruhl, who, after finding himself in a slump, considers extreme lengths to get back to the top. Will he kill for another hit play?

Gibson says she is “thrilled” to be making her directorial debut with the theatre she grew up with – and marks it as the result of a long journey that saw her start in Scarborough – she played Dorothy in the theatre’s 1994 production of The Wizard of Oz, study in Calgary, and return to Toronto theatre in 2010.

“I was introduced to Scarborough Village Theatre in 1990, when my mother was performing in Scarborough Theatre Guild’s production of Musical Comedy Murders of 1940,” she says. “I started volunteering (or being volunteered) for various front of house, crew, operator and assistant stage manager positions. I was lucky to find a handful of tolerant and knowledgeable designers, Stage Managers and Directors, who were willing to answer my many questions and teach me the different elements of theatre craft. This education was invaluable as I learned all the tricks that are used to create magic on the stage.”

Hear more from Gibson at the theatre’s talk back night with the director, cast and crew on July 13. The show runs from June 30 to July 15. For tickets and more information, visit www.theatrescarborough.com or call the box office at 416-267-9292.