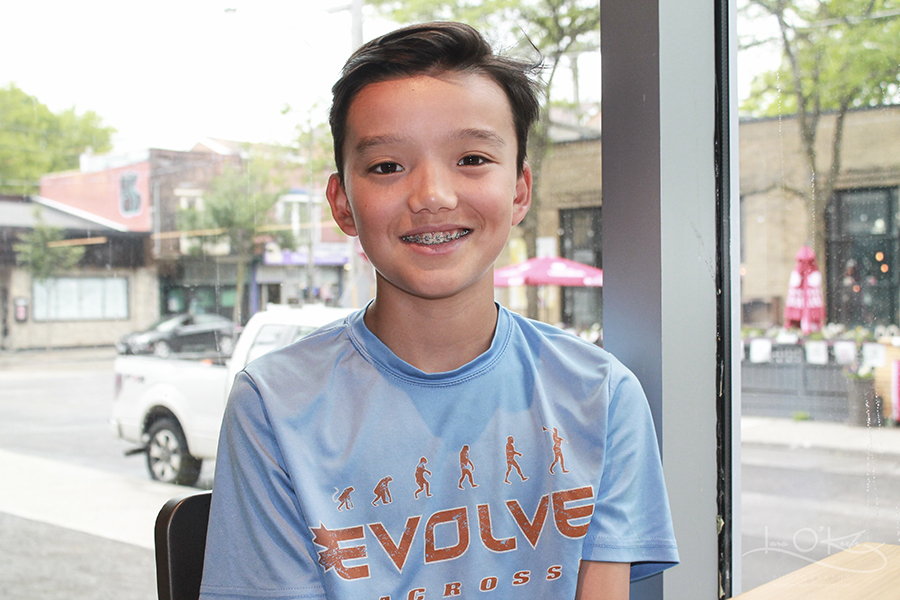 Judging from his toothy grin, it’s clear that Ryan Gemus is excited.

But it’s not because the young Beacher just graduated from Grade 8 at Birchmount Public School — it’s because the young goalie’s U13 lacrosse team is heading to Denver, Colorado this weekend for the World Series of Youth Lacrosse tournament.

Now in its eighth year of operation, Evolve Elite Lacrosse has made some exciting strides — and sending the U13 boys lacrosse team to a world series is no exception.

After advancing from the regional qualifiers this spring, the boys were thrilled to learn they would be moving on to play in the world series.

Especially because “they’re mostly U.S. teams [in the tournament]. There’s one other Canadian team that’s going,” said Edna Chua, Gemus’s mother. Australia, Japan and the UK will also be competing for the title this year.

Gemus, who has been playing lacrosse since he was three, beamed with enthusiasm while he and Chua described the road to the world series.

Chua explained that this win is particularly special because not only are there few Canadian teams playing, it’s the first time a Canadian team has been involved at all.

It’s also proof that the team’s hard work has paid off.

“We practice once a week for like seven hours,” he said. It sounds like a long day but according to Gemus, “it’s just fun. You kind of get out of anything at school and play.”

According to Chua, Evolve began after a group of former lacrosse players including Tracey Kelusky — a former member of the Calgary Roughnecks, recently honoured at a ‘Forever a Roughneck’ ceremony in Calgary — Ken Watson, and John Grant, decided to pay it forward by starting a training group for up-and-coming lacrosse players in Toronto.

Chua said Gemus got involved after she “took him to a lacrosse game with two of his friends and we were approached by one of the guys who was trying to start it. So Ryan’s one of the original players.”

Since then, the club has grown exponentially with Chua saying they initially began with only two or three groups. There are now more than a dozen, including four girls teams.

As for the big tournament, the team — which consists of 22 players — will be playing July 2-4 with the championship game taking place on July 4.

Those who want to cheer on the team are in luck — the entire three days will be live streamed (for a fee) via http://www.lacrossetalkradio.com/wsyl. You can also follow along with the team on Twitter.