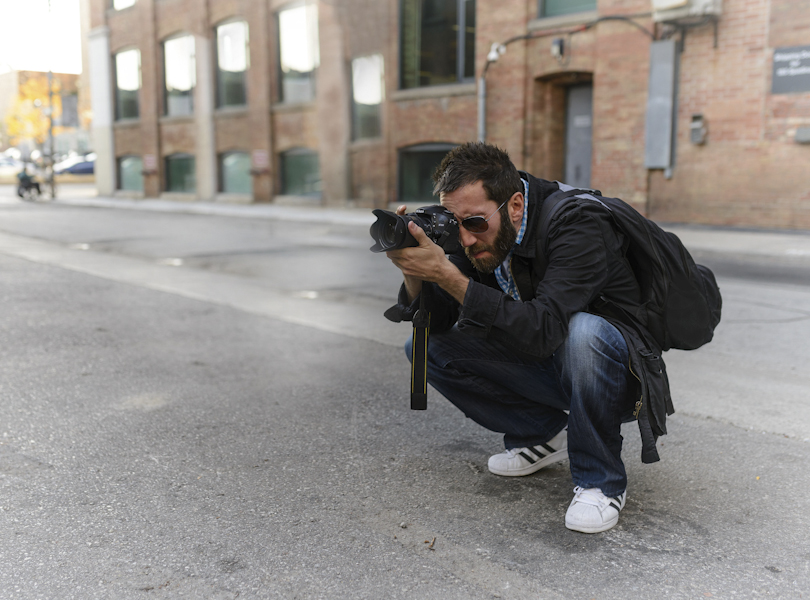 Jeff Hurst has lived in the Beach nearly all his life, but that hasn’t stopped him from finding inspiration in the area on a daily basis. From music to graphic design to his latest photography project, Hurst is committed to doing it all – and he carries his East End roots through each of his endeavours.

Hurst, who grew up in the Beach area and attended Birch Cliff Public School until Grade 4 said he doesn’t know “where else I would want to be at this point. Much of my life happens around here these days.”

It’s a statement that makes sense, given the fact that he is the mind behind Kingston Road Creative, a company he named after one of his favourite streets in Toronto.

But it’s through his photography that he truly demonstrates his love and devotion for the East End, and it all started when his friend introduced him to Project 365 – a project that encourages people to take a photograph every day for 365 days and post it online through Flickr, Instagram, and other platforms.

Though he’s only been dabbling in photography for the past three years, Hurst said he’s made it his mission to learn everything he can about the art, and Project 365 was the perfect way to do this.

“I started treating it as an excuse to learn and develop my skill,” he said, explaining that as much as he appreciates the positive reinforcement he receives about his photography on social media, the sole purpose of the project was to focus on learning new skills.

But much to his surprise, the project ended up meaning more to him than just a means to improve those skills. After completing the full year – the last of which featured a shot of the historic Fox Theatre – Hurst said he took one day off and felt so down about it that he grabbed his camera and began shooting again the next day.

“I started shooting and I thought, ‘Well I don’t know what I’m actually going to call [this project] but at least I’ll start shooting so that I’m not missing days in the meantime’,” he said.

After about a week, Hurst said he had an epiphany and decided to call his new project, “Project Infinity” to indicate that it would be carrying on indefinitely.

He laughed as he recalled the moment he decided on the name.

“I just threw it up in haste,” he said. “But how do you end ‘Project Infinity’. Like, how do I walk away from that now? So I didn’t really think that one through.”

For now though, he doesn’t foresee it being a problem. Especially because “as a self-employed, client-based [company]… if I don’t have something going on, rather than sitting around and folding my arms and saying, ‘Oh today sucks’, I keep things moving, I go out and learn something. That’s kind of how I get through those lulls in business, too.”

Hurst explained that the project encourages him to think critically and creatively on a regular basis and said “one of the greatest parts of this project is it’ll force me to get on my bike and go somewhere just to get a shot that’s different.”

But when it comes to the spot where he gets the most inspiration, Hurst said he doesn’t have to go too far. He named Kingston Road market as being one of his biggest inspirations and something he often uses as a backdrop in his photos.

“For obvious reasons I like that retro Coke sign (on the corner of Kingston and Scarborough Road),” he said. “Even my own personal branding has been very retro. I’ve always just really liked that sort of imagery.”

The beach, Glen Stewart Ravine and the bridge near Victoria Park station also ranked high on his list of favourite locations.

And that’s a good thing for his wallet – Hurst said as much as he loves travel photography, he’s realistic about how often he can leave the city and said “if I want to be able to do this I can’t just hold out for opportunities to do stuff like that… I want to shoot every day and I want to be inspired every day.”

To view his project, visit his Instagram at @kingstonroadcreative. (And while you’re there, why not follow us, too? We’re @beachmetro.)