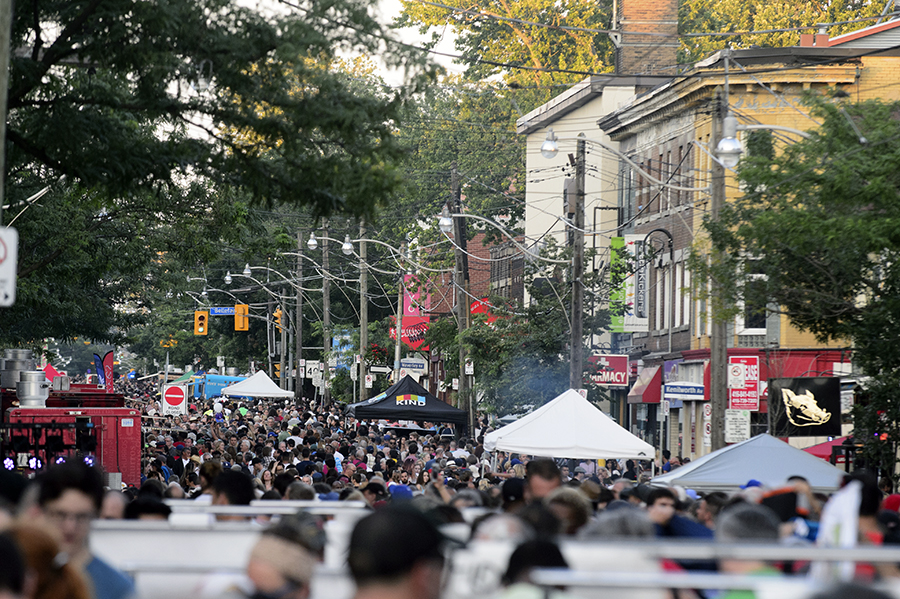 While many enjoyed the 2017 Beaches International Jazz Fest, some residents are concerned that the after-crowds got out of hand. PHOTO: Victor Biro

Some residents are questioning the safety of their streets after a celebration of music turned chaotic earlier this summer.

One teen was stabbed and another sent to hospital after a fight broke out after Beaches Jazz StreetFest in the late hours of July 29.

Barb Love, a resident on Hammersmith Avenue, said she and others are disappointed by the events that occurred. She said events like this have escalated over the years during the summer festivities.

“We witnessed teens pelting the firefighters and police with rocks. We witnessed many brawls and vandalism after 11 p.m. The great men and women of 55 Division were so sadly understaffed to handle this size of crowd,” she said.

Mark Pugash, director of corporate communications with Toronto Police Services responded by saying “we are in the final stages of completing an after-action report and will be meeting with organizers to go over the concerns of residents and issues we had at the jazz festival.”

Beaches Jazz Fest ran from July 7 to 29 this year, with the popular StreetFest, which turns Queen Street East into a pedestrian pathway with numerous stages, taking place on the final weekend.

According to Love, incidents like the one she witnessed on July 29 are nothing new. She said this has been an ongoing escalation over the past five years. And it’s for that reason exactly that she and her neighbours are lobbying to ensure something changes before Jazz Fest next year “before someone is hurt badly or worse.”

Reassuring the public that the Toronto Police Service is aware of the concerns and are dedicated to resolving these issues, Pugash advised that every action is being taken to ensure the events of this year are not repeated next year and said planning for 2018 has already begun. Those plans will address past issues and ensure a safe event for festival attendees and residents going forward, he said.