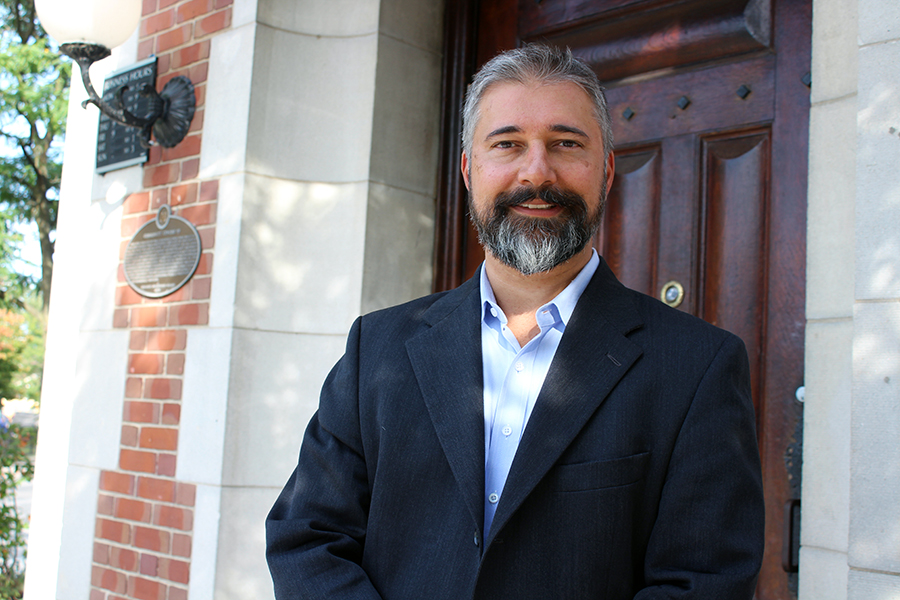 He hasn’t always been a volunteer, but the 2017 Beach Citizen of the Year has more than made up for lost time.

Ward 32 resident Jason Balgopal, 46, began volunteering about a decade ago, when, frustrated with vandalism, he decided to remove graffiti in his neighbourhood.

But doing so was about more than property damage.

“I was at a bit of a low point in my life, and I knew something had to change,” he said. “I thought, well, I’ll go out, and I’ll try removing graffiti and see if that leads anywhere, if it makes me feel any better.”

It did. Through graffiti removal, he met Bob Murdoch, then the executive director of Community Centre 55. “Those connections were very instrumental in leading me down a path of greater involvement in volunteer work,” said Balgopal, , who has lived in the neighbourhood since 2000 with his family.

Not long after, he became treasurer of Community Centre 55, and he served as chair of its board of management from 2009 until last year. Balgopal has also worked on a long list of other initiatives with existing organizations and ones he started himself.

At social-service agency Neighbourhood Link Support Services, he was on the board between 2009 and 2015. The year his tenure ended he joined the board at YouthLink, a youth organization he still serves at today. He was on Beach Metro’s board for the 2015-2016 year.

Somehow, he found time in 2015 to launch Beaches Mental Wellness, a mental-wellness support group. Balgopal’s struggles with depression inspired him. “One of the things I found as I was going through that process—and as I was getting to a better place in my life towards the end of 2014—was that there were no supports in the community that were readily accessible,” said Balgopal.

“We originally were a once a month group, and within almost the first meeting, people were saying, ‘Can we meet next week? Can we have this weekly,’” he added.

Balgopal, an assistant Crown attorney and former public defender, sees parallels between his legal work and community involvement. “Both of those roles deal with individuals at the core of them… and so does volunteering,” he said. “The volunteering that I like doing, you deal with real people.”

If you run into Balgopal one weekday evening, there’s a good chance he’s donating his time. “Sometimes it might be something quick like going to put up a sign in the park, or it may be a couple of hours where I’m running a meeting somewhere, but Monday to Thursday I’m often out doing something in the evening,” he said.

Balgopal’s commitment to volunteering is part of what led Murdoch, the previous Community Centre 55 director, to nominate him for the annual award. “He is a front line worker, a ground breaker, a leader, a community developer, a champion of the underdog and protector of that which the community holds dear. He is the quintessential volunteer,” said Murdoch in an email.

Balgopal has three words of advice for those interested in community volunteering: “Just do it.”

“There are so many existing organizations that would love to have somebody come out and help out. Be it once a week, be it once a month, be it once a year, or be it just once,” he continued. Of course, if anyone needs help getting started, Balgopal—ever the volunteer—is around. “I’ll connect you.”

Balgopal will be awarded the 2017 Beach Citizen of the Year plaque, surrounded by past recipients, at a ceremony in Woodbine Park’s Millennium Gardens at 1 p.m. on Sunday, Sept. 24.

The award is a joint venture between Community Centre 55, the Toronto Beaches Lions Club and Beach Metro News. Candidates are nominated by community members, while a jury consisting mainly of previous Citizens votes on who will receive the honour.

This article has been updated.

Congrats Jason. And I thought you were just a nice crown