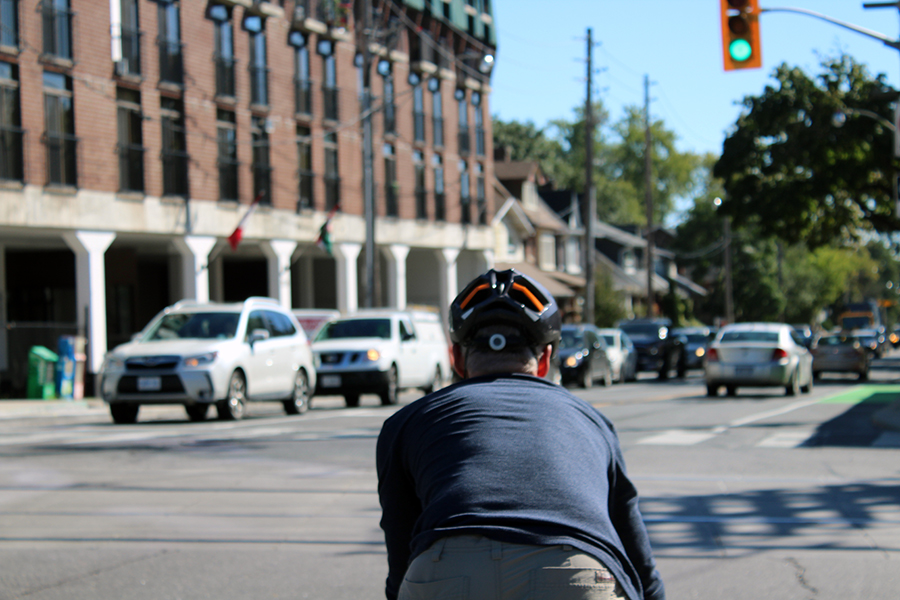 Changes the city began rolling out last year to improve how it awards contracts led to delays in the construction of the new Woodbine bike lanes, Beach Metro has learned.

The city had scheduled pavement marking for the bike lanes for early summer, ahead of roadwork at the intersection of Queen Street East and Coxwell Avenue.

But the marking work for the lanes, which run along the major north-south thoroughfare from Queen Street to O’Connor Drive, did not begin until Aug. 18, the city said in a statement.

“The pavement marking contract was delayed due to additional procurement processes put in place as a result of the recent Auditor’s report to protect against unbalanced bidding and ensure good value for public spending,” the city said.

Unbalanced bidding occurs when a bidder’s price is unreasonably high for some items on a contract and unreasonably low for others.

Two reasons a bidder may place an unbalanced bid are to get large payments early on or maximize profits by overcharging on items the bidder estimates higher quantities will be needed of and lowballing on items required in lower numbers.

Michael Pacholok, the city’s chief purchasing official, said the city began conducting analysis on bids to flag potential unbalanced bids in 2016 for transportation division contracts. The analysis was rolled out to other divisions this year.

“Depending on the situation, we might disqualify that bidder or maybe if there’s big issues with estimates we might have to cancel that procurement,” said Pacholok.

A bid that is flagged doesn’t necessarily mean something is amiss, he noted. It could be that the city did not have a reasonable estimate for what a project was expected to cost.

“It’s a flag to say there’s a risk,” said Pacholok of the process.

Upper Canada Road Services Inc. won the road-marking bid for the Woodbine bike lanes, according to the city.

I’m glad they delayed the abject hell that is now Woodbine. My gawd, imagine they installed them at the height of the summer in tourist season? It was a log jam of insanity before, I cannot even imagine the horror it will be in summer of 2018. As residents we can barely enjoy our own neighbourhood due to the hoards of people, Now we won’t even be able to leave because traffic and bike lanes are holding us hostage.