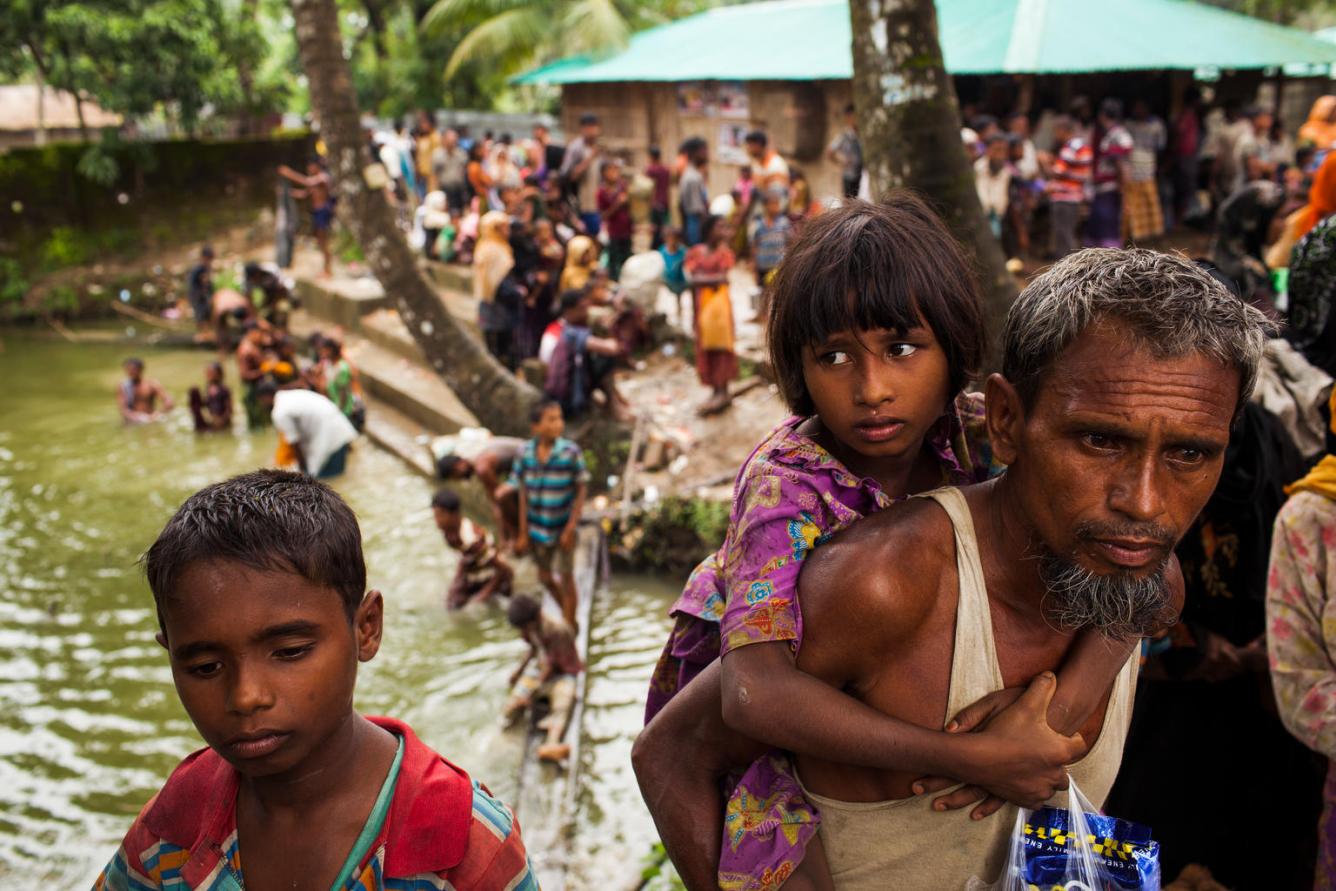 A Rohingya family from Myanmar who had crossed the border into Bangladesh are waiting to be transported to a settlement for Rohingya refugees in Cox's Bazar District, Bangladesh. PHOTO: UNICEF/Patrick Brown

The international community, including Canada, has a responsibility to protect ethnic minorities in the face of genocide. Today, that means protecting the Rohingya in Myanmar.

In 2005, all UN member states endorsed the idea that sovereignty entails a responsibility to protect all populations from mass atrocity crimes and human rights violations. Where a state fails to do so, that responsibility shifts to the international community, with the use of force to be authorized by the UN Security Council.

This international doctrine, which traces its roots back to a report commissioned by Canada in 2001, has failed to find much success over the years for a number of different reasons, including a skepticism among certain countries about “western” intervention.

In spite of this, the responsibility to protect remains an important idea, and we shouldn’t forget it in our international advocacy.

Rwanda’s history, for example, shows us the potential value of humanitarian intervention. Between April and June 1994, an estimated 800,000 were killed in a genocide against the Tutsi population. Former Lieutenant-General (and former Senator) Romeo Dallaire had been in command of the UN Observer Mission in Uganda and Rwanda, and had called on the Security Council to authorize a deployment of 5,000 UN troops to save hundreds of thousands of lives.

His request went unfulfilled, the international community failed to act to prevent the Rwandan genocide, and the world said “never again.”

Fast forward 20 years and, in 2014, Dallaire wrote that “the warning signs preceding genocide are ever present” in Myanmar. The government had persecuted the Rohingya population for years, denying their citizenship under a 1982 law, generally forbidding them from owning land, from inter-marrying with Buddhists, and from having more than two children.

Dallaire called for the immediate authorization and deployment of international police units to Myanmar and an education campaign to counter racist propaganda.

Over decades, Myanmar implemented racist policies with the intention of destroying the Rohingya culture, and the recent ethnic cleansing and genocide is a culmination of those efforts.

Canada, which maintains an arms embargo against Myanmar, has responded in a number of important ways.

First, our government has urged Myanmar authorities to do everything in their power to end the violence and to implement the recommendations of the Kofi Annan-chaired Advisory Commission on Rakhine State.

Our government has contributed financial aid to trusted humanitarian partners in the region to help those in acute need. Our partners include Doctors Without Borders and the International Committee of the Red Cross, and the funding is focused on sanitation, emergency shelter, and healthcare services.

After an emergency debate in Parliament, in which I participated, the government responded to our calls for greater action by contributing additional funds. In total, the amount of support now stands at over $25 million for the 2017 year.

Our government has also named the Honourable Bob Rae as special envoy to Myanmar, to look for ways Canada can continue to help what has become the world’s fastest growing refugee crisis. He will deliver a report to our Prime Minister early in 2018.

More support will be required of the international community, including Canada, throughout this ongoing humanitarian crisis. When it is all over, I have no doubt that we will say “never again” yet again. It is incumbent that we learn lessons from our failure.

To that end, I invite you to join me and Alex Neve, Secretary General of Amnesty International Canada, as we discuss the Rohingya crisis, and other issues of international human rights, from arms deals to protecting Canadians abroad. The public forum will take place on Tuesday, Nov. 14, at 6 p.m., at Hope United Church (Main and Danforth).

Nathaniel Erskine-Smith is the MP for Beaches-East York

Wow – I had no idea Dallaire called this genocide to our attention three years ago!!! Given his history, this is truly amazing, and disheartening.