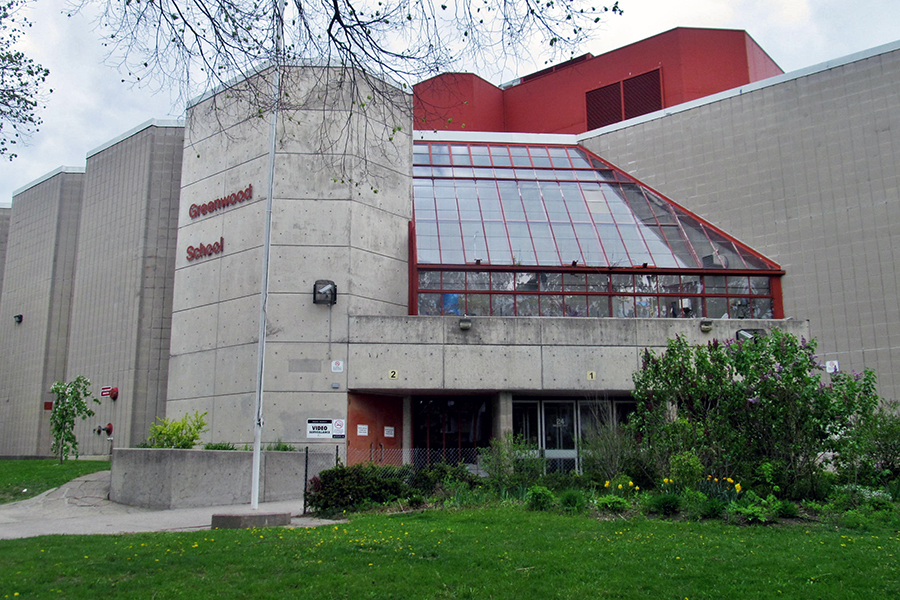 Funding for a new east-end Toronto French school was announced late last month, and Beaches-East York MPP Arthur Potts says the school could open its doors in time for the 2020 school year.

No site has been finalized, but Potts said the Conseil scolaire Viamonde board, which oversees public French schools in this part of the province, was looking at the Toronto District School Board’s Greenwood Secondary School site as a possibility.

“They could have this up and running within two years,” said Potts. “And that’s because they’re taking an existing space and renovating rather than building a brand new site.”

TDSB confirmed Viamonde has expressed interest in the Greenwood site and that it would lease rather than sell the space to the French board if it plans to move ahead.

The Greenwood Secondary School site, which the TDSB shuttered in June 2017 to amalgamate the school within the Danforth Collegiate and Technical Institute building, has sat empty this year.

“Low enrolment… was a significant factor in the decision to close the building and relocate the school,” said Ryan Bird, a TDSB spokesperson.

Before closing its doors for good, Greenwood Secondary School’s enrolment had dipped to approximately 240 students.

Meantime, Potts said east-end parents interested in having their children learn French have been sending students to immersion programs, which do not offer full instruction in the language, at nearby schools such as Malvern for lack of a closer option.

The provincial government is setting aside more than $16 million so the Viamonde board can establish the new French high school in Toronto’s east end.