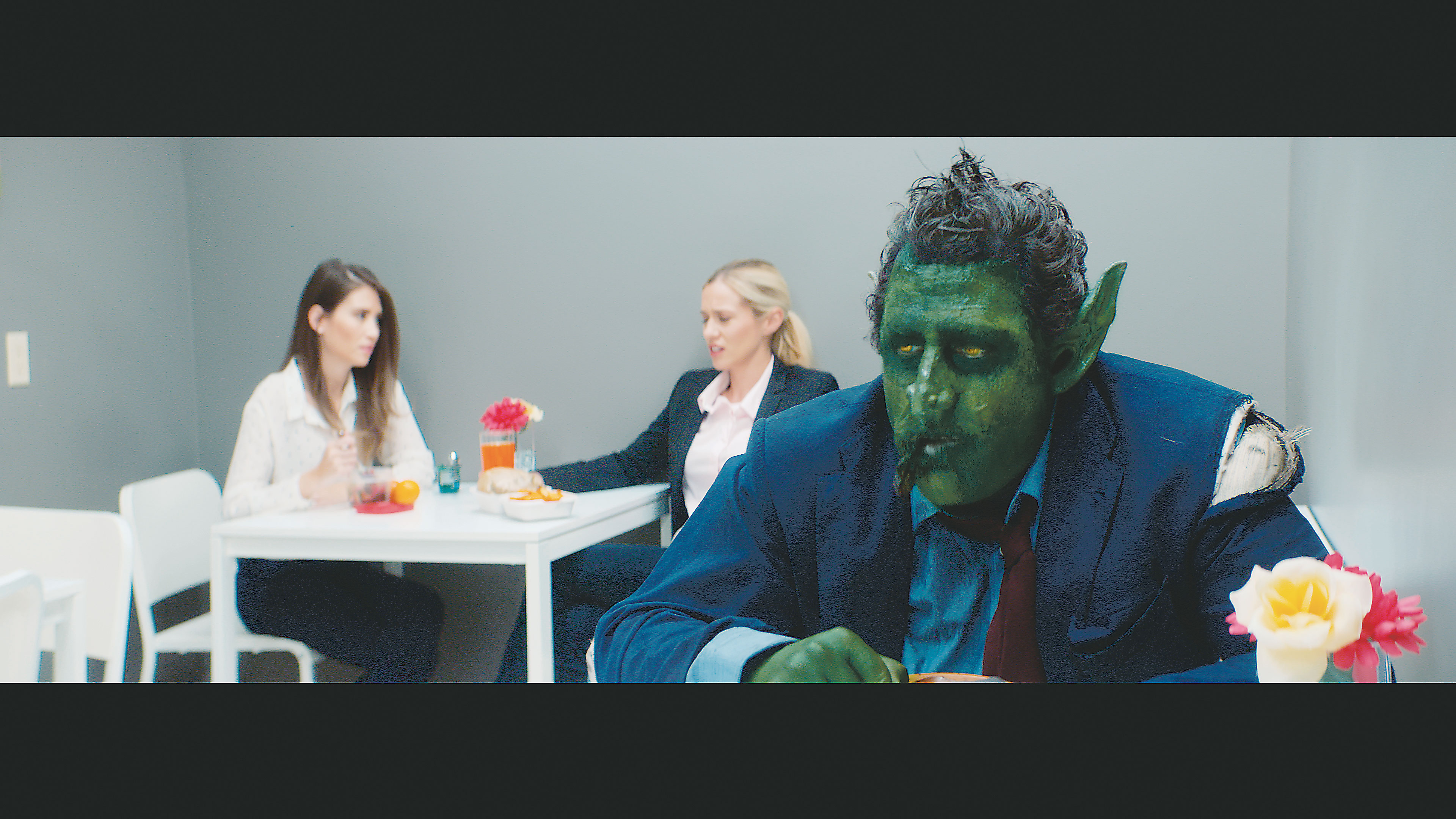 Beacher Mike Mills produced a clip rallying against the use of the “R-word,” and you can view it at youtube.com/watch?v=kcPv2Ruiuu4 PHOTO: Contributed

BEACH PRODUCER Mike Mills has a message for anyone using the R-word, the pejorative sometimes hurled at people with intellectual disabilities: “When you use the R-word, you actually appear ugly to a lot of people.”

Each year, the charity, which Mills has been involved with for nearly a decade, has run a one-day blitz addressing discrimination against people with special needs.

For the past two years, the campaign has been called #NoGoodWay Day, and for 2018, Mills produced a commercial that debuted on YouTube on March 6.

The 30-second clip, which was shot in a single day at Mills’ brother’s midtown loft, features a businessman at the office. As he uses the R-word, he transforms before viewers’ eyes into a green goblin.

YouTube celebrity Madison Tevlin, who has Down syndrome (and about 7,500 subscribers on her channel that features her musical performances), also makes an appearance in the video.

The whole production was a volunteer effort and the result of several months of work.

“It was fairly intense, but people were really passionate about it,” said Mills, co-founder of media-production company Studio M, of the shoot. “We pulled in all the favours,” he added.

This year’s campaign is a way of spreading word about something that isn’t so easy for people to get across in the moment.“It’s really hard for people to call out their friends and to say, ‘Hey, you shouldn’t be doing that,” he said. “I have no judgement for people who have a hard time doing that.”

Mills is aware that not everyone will accept the message. Some, he suggested, take it as censorship or a violation of rights to free speech.

“We do have free speech in this country,” he said. “But you should know that society has moved on, and if you choose to use the R-word, you will be perceived differently.”