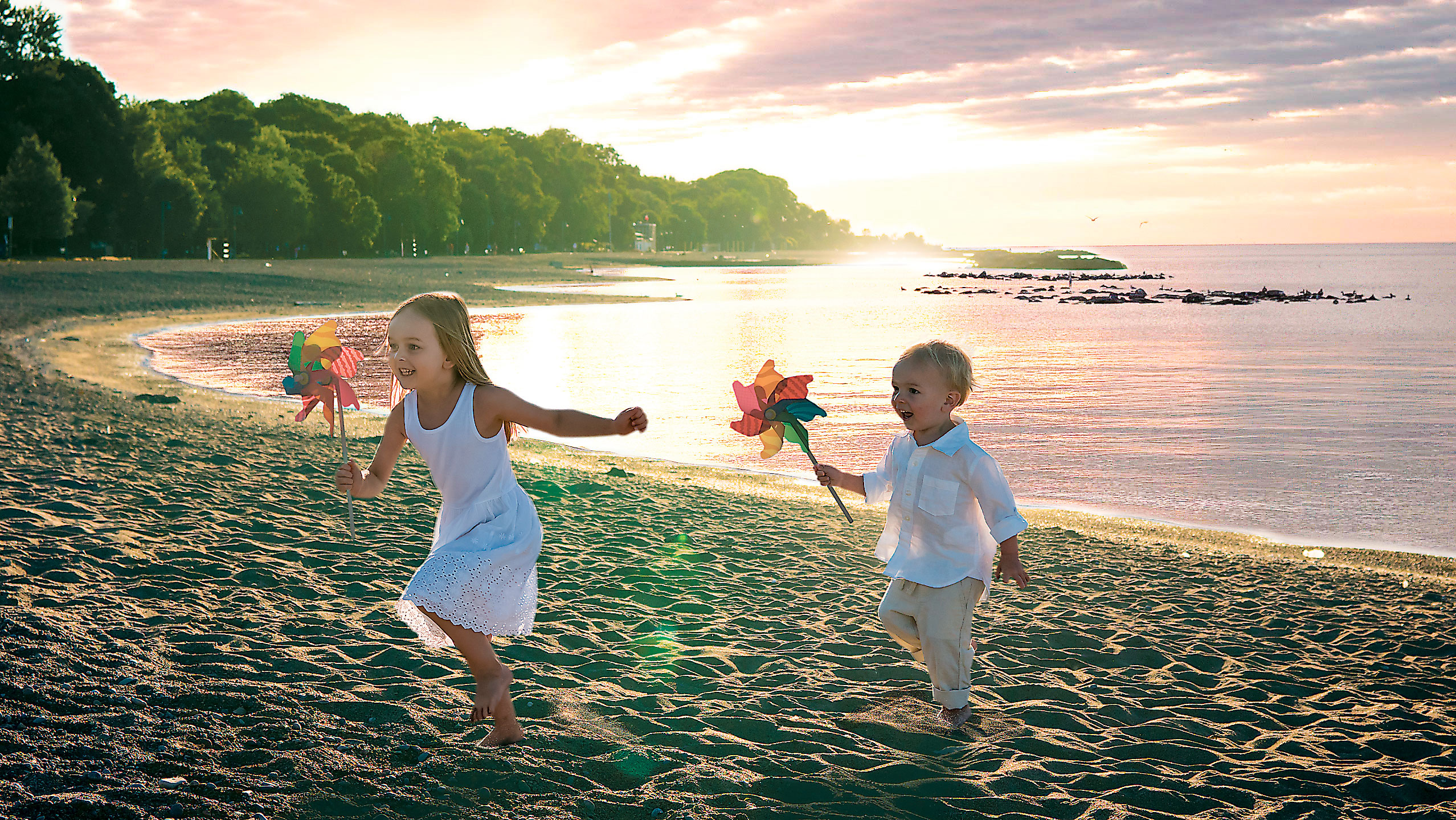 Madison and Hunter Boyd run along the beach in a scene from the app Toys Away, Snow Today, which was created by their grandfather, Steve, and their dad, Paul. PHOTO: Contributed

PAUL BOYD saw the potential for something more as he experimented with cinemagraphs—those pictures with isolated areas of movement you might have seen in ad campaigns—in 2015.

An app Paul says is the first of its kind was the result.

“It’s my attempt to make a pop-up book, basically, for an iPad,” said Paul, who plugged away on the project with his dad, Steve, and two children, Hunter and Madison, the stars of the narrative app they describe as an “interactive motion picture-book.”

The app titled Toys Away! Snow Today! follows a simple storyline. It’s a snow day, but before the users can head outside to play, they’ve got to clean up a room by putting their toys away in a trunk.

Doing so unlocks a number of cinemagraph scenes, and nearly all were shot right here in the Beach.

“Shooting here in the Beaches is spectacular because, you know, you don’t have to go to another community, you’ve got everything right here,” explained Steve.

The only non-Beach settings are Sherman Falls and Costa Rica, where Paul shot the night sky while on vacation after a failed attempt at doing so at the Dark Sky Preserve a couple hours from Ottawa.

“It just didn’t work. It was a total failure,” said Paul of the overnight trip that was marred by the cold, moisture on the camera lense, and a big, bright moon that cancelled out all the stars they wanted to capture in the scene.

Despite the misstep, the two enjoyed working with each other. “Despite all the rumours of never working with family, it worked really well,” said Steve.

The biggest hurdle was the coding of the app itself. Neither father nor son had done anything like that before. In fact, father still hasn’t.

“The concept was there, we could see it, and we were getting the shots, but how do you actually make it work so a three or four or five year old can sit down with an iPad and put a toy in a toy trunk or make a kite fly across the sky?” said Steve.

The father-son team arrived at the answer with some help from CartoonSmart.com. The service helped Paul by building some of the features into the app and providing some code. “There was so much trial and error,” he said.

To get the trunk to open with the tap of an iPad was no easy task. That alone took Paul a month. Concept to completion was a two-year journey, but now you can download the app Toys Away! Snow Today! from the Apple App Store.

“We had a pretty big bump [in sales] early on—the whole friends and family thing—and now we’re just in the grinding mode, getting it out there,” said Paul.