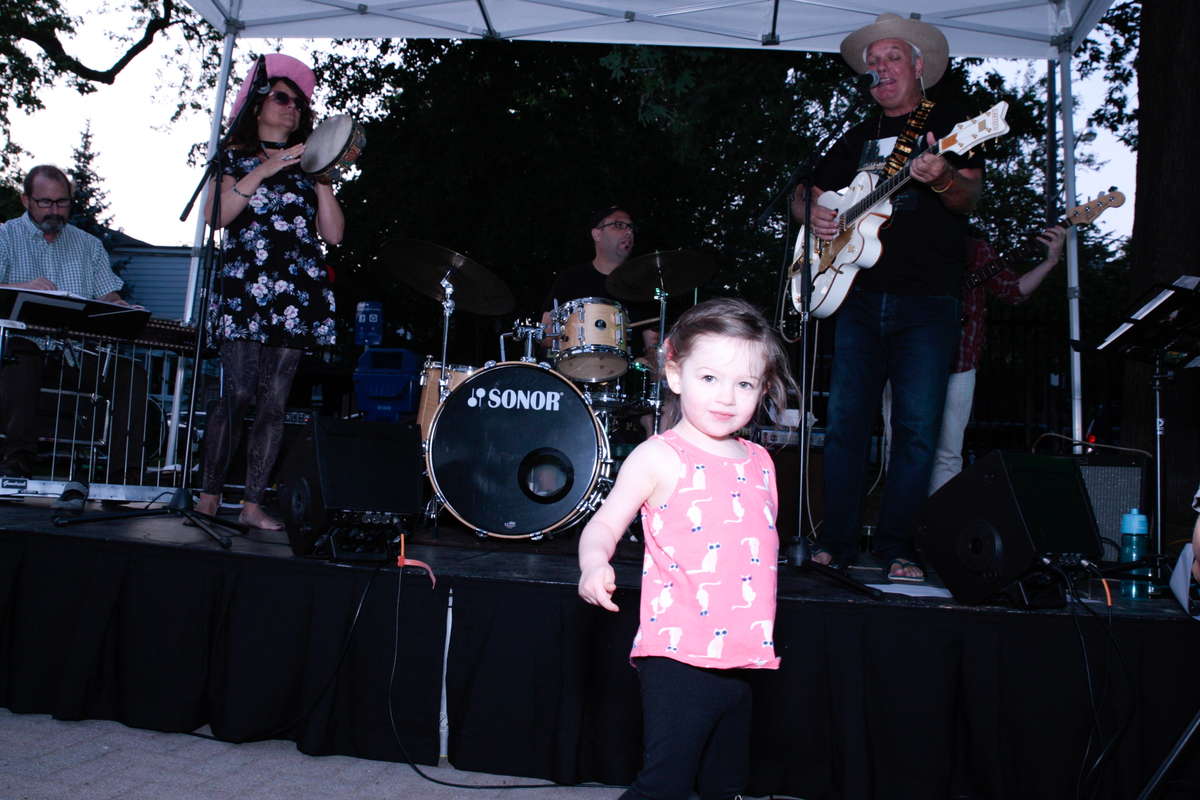 It was about four years ago that Peter Woodcock wanted to see more activity in Stephenson Park, which he lives across the street from. As a way to encourage neighbours to take advantage of the local green space, he started bringing local musicians there, beginning with an opera singer and harp player.

“Everybody brought their chairs, and they sat in rows,” says Woodcock, who estimates about 40 people turned up at the inaugural gig. Sound was a bit of an issue at the time. “They (the musicians) would stop as the trains roared by,” he said. That’s not much of a problem any more. “The sound’s better,” he laughed. “It’s nice to have some amplifiers to drown out the GO Train.”

That isn’t the only improvement. It has surprised Woodcock to see the growth of the informal events, which through the Danforth Village BIA last year, became Danforth Rocks, a decidedly more-organized series of concerts each Wednesday evening in August.
Danforth Rocks is back this year and kicks off at 6 p.m. on Aug. 1 with the Stephen Stanley Band, who are returning from a European tour. In addition to improved sound, some new acts are going to be taking the stage.

“We try to mix it up a little bit,” said Woodcock, describing the programming. For example, departing from the rock ‘n’ roll of the Stephen Stanley Band, Woodcock says Danforth Rocks newcomer Jenna Marie will be bringing an “R&B jazzy kind of flair” on Aug. 22.

A different Ontario craft brewery will be on hand at each concert, starting with Great Lakes Brewery on Aug. 1. There are plans to have some businesses from the local BIA set up as vendors, but nothing has firmed up yet.
Press Books, who served up lemonade and coffee in 2017, will be returning, as will local Turkish restaurant, Tuana. Last year there was face painting, and more entertainment for kids is expected this time around.
“It’s a family-friendly well-rounded series,” said Woodcock.