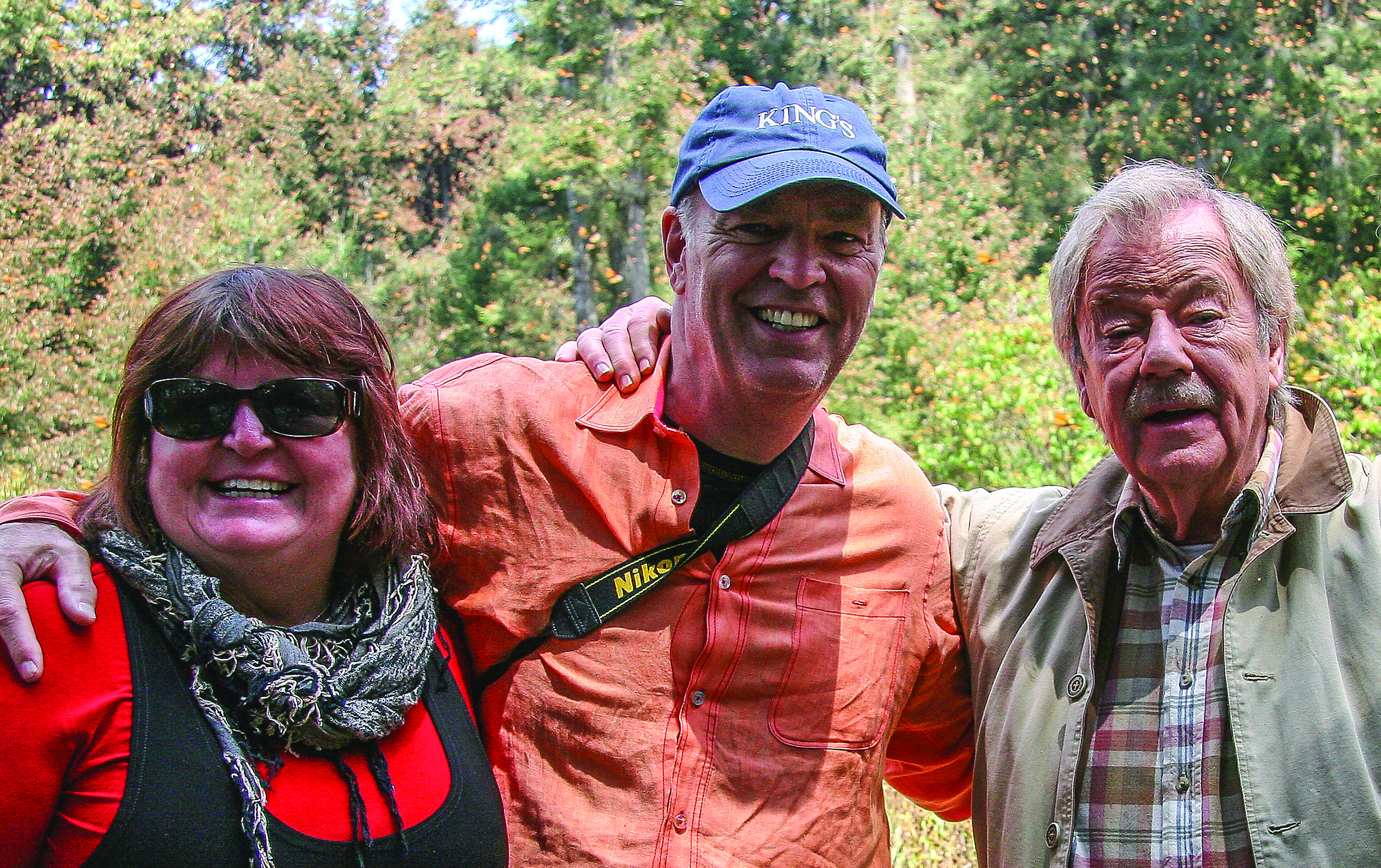 Beach resident and founder of SK Films, Jonathan Barker passed away on July 5 from cancer, surrounded by his wife Wendy and children Scott, Tyler, Georgia, Alex and Caleigh.
Leaving behind a legacy of award-winning theatrical IMAX, television and digital media productions that specialized in natural history and science related stories, Jonathan was a long-time, proud Beach resident who loved nature, and in particular water of any kind.

As a career, Jonathan had many, including founding SK Films 20 years ago along with Bob Kerr, cofounder of IMAX Corporation. Jonathan was later joined by his wife Wendy MacKeigan who is now CEO. SK Films is a leader in the production business, garnering multiple awards, and is based in the Port Lands area of East Toronto.

A former actor, theatre producer, lead singer of an R&B band, accomplished tennis player and skier, Jonathan brought a broad perspective and great passion to all things and was known for his humorous stories, sharp banter and interesting conversations, always bringing laughter and fun wherever he went.

Whenever he could, Jonathan would also take scuba diving trips with his family or as part of his films and explore the ocean and its wondrous marine life.
He inspired two of his sons, dedicated environmentalists, to also become filmmakers and he executive produced their award-winning, eco-adventure series The Water Brothers.
Jonathan was proud that they taught him so much more about the ocean and freshwater ecosystems having covered all the leading-edge water stories of our era including issues affecting the health of The Great Lakes like invasive Asian Carp, algae blooms, plastic pollution and climate change.

He felt blessed that his unique career allowed him to travel to exotic places like the Moroccan desert, the heart of the Amazon rainforest, to the monarch butterfly sanctuaries in the
remote mountains of Mexico, Australia’s Great Barrier Reef and much more. But despite these adventures, his favorite place by far to relax was in the wilds of Georgian Bay.
In the summer, he and his family went to their off-grid, island paradise near Pointe au Baril on Georgian Bay as often as possible.

Whether it was seeing waves crash against the ancient rocks on the sun sparkled, open bay, observing the windswept pines grow over the years, spotting bears swimming between the islands or majestic bald eagles flying overhead, or taking his small laser out for a sail, Jonathan felt Georgian Bay was his spiritual home. And, of course, the waters that flow through Georgian Bay are the very same waters that flow from his birthplace of Chicago, past his Beach home on Neville Park and eventually through the St. Lawrence and past Montreal where he grew up.

It was cathartic for Jonathan and Wendy to retreat from their hectic lives as natural history IMAX filmmakers and distributors whose productions have entertained millions of people around the world, especially children, about the wonder and joys of nature and the need to understand and protect it for the welfare of everyone.

There is no better way to honour his remarkable legacy than to give back to the Great Lakes and Georgian Bay, said his son Tyler Mifflin, and in particular to the work of Georgian Bay Forever, a charity dedicated to scientific research and public education surrounding Georgian Bay’s aquatic ecosystem.