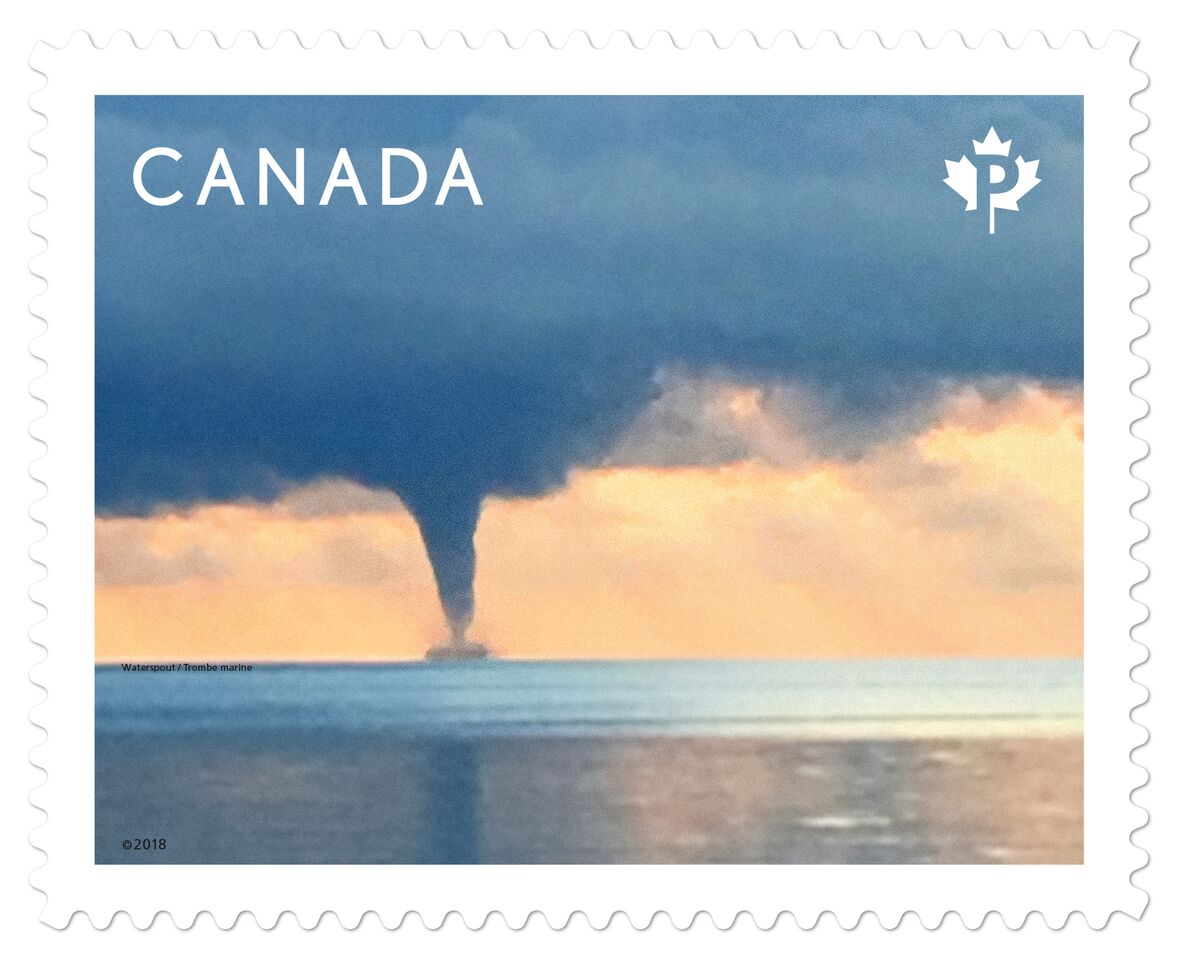 As local resident Garry Cass was walking his dog along Woodbine Beach one morning last September, he noticed something out of the ordinary.

“It was a blue sky, except for the funnel cloud out on the lake,” he said.

It’s not every day you see a funnel cloud on Lake Ontario, so he snapped a picture with his iPhone and later that day sent it to his kids.

Then, out of the blue, Cass was contacted by Canada Post. The national postal service wanted to use his image on a series of stamps. A surprised Cass said OK to the request.

“I didn’t know that they were doing a series of weather stamps,” he said. It turns out Canada Post had caught wind of the photo after seeing it on the Weather Network after one of Cass’ sons had submitted it.

Even though Cass’ image will appear across the country, he by no means considers himself a professional photographer.

“If you take enough pictures, you’re gonna get some good ones,” he said.

The photograph is featured as part of a 10-stamp Weather Wonders collection which Canada Post published to its website earlier this summer. Cass has already ordered “a bunch” of the stamps to give to his family.

The series is available for a limited time at participating post offices.