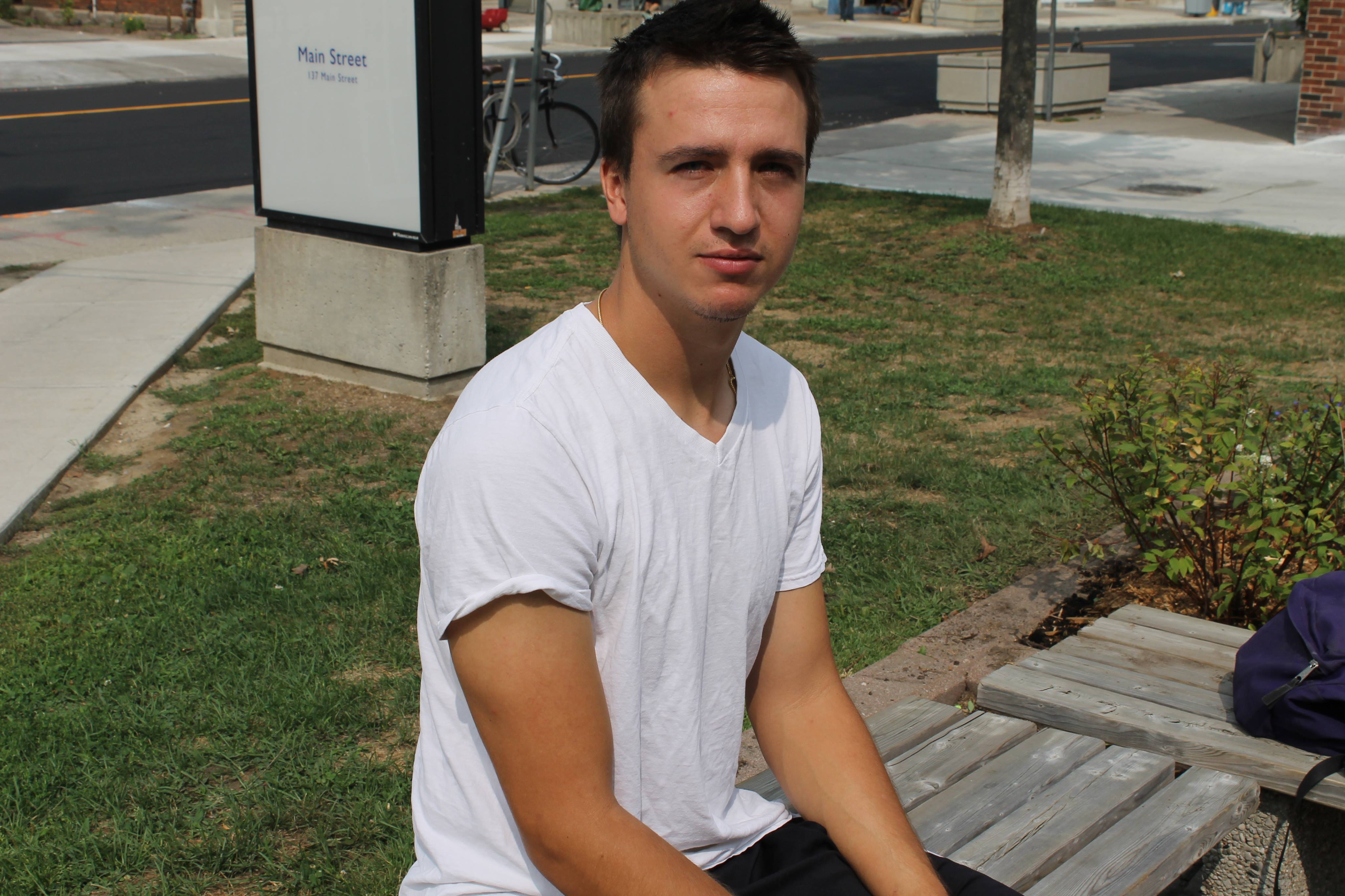 Stephen Andreopoulos is leaving his successful painting business to work on earning a Certificate of Education at Cardiff Metropolitan University in Wales. PHOTO: Contributed

It’s not unusual for students to work during the summer to help pay for school, but when that business pulls in over $100,000 in a year, that’s taking a student job to a whole new level.

At 22 years old, Stephen has achieved what many young adults of his age just dream about. He is heading to Cardiff Metropolitan University to continue his pursuit of a teaching certificate with his ultimate goal being teaching co-op and physical education to high school students.

Being a member of the East York Baseball Camp from an early age, and having always been heavily involved in sports throughout high school, it seemed natural for Stephen to want to work in the field.

After graduating from Humber College in Fitness and Health Promotion and gaining his Bachelor of Applied Science from University of Guelph-Humber, he decided to apply to Cardiff for their accelerated one-year post-grad Certificate of Education so he could get started on his career sooner rather than later.

But, as he leaves for Cardiff, he’ll also be leaving a thriving painting business that all began when he was painting decks for some extra cash at 17.

“It’s been crazy how the business has grown so fast,” said Stephen when we sat down for a quick chat before he was off to quote another painting job.

“Just through referrals, word of mouth and posting on the Facebook community groups, I became so busy that I had to start taking on employees and even contracting jobs out,” he said.

Stephen’s close-knit family have been an important part of his success and he gives full credit to his mom, Diana, and older brother, Michael, a professional plumber, for helping him along the way.

His business was given a boost when he applied for, and received, a City of Toronto Youth Enterprise Grant which not only supplied the cash to purchase equipment but also provided mentorship which, as a new business owner, Stephen found invaluable.

“Figuring out how to run a business has been a real learning opportunity,” he said. “From taxes and payroll to the WSIB and bookkeeping, it’s been a lot for me to deal with in addition to actually completing the jobs.”

Stephen plans to keep Avis Painting going while he’s away, and given its success you’d think he’d be tempted to ditch his career dreams and just focus on growing his business. But while the business means a lot to him, Stephen says he’s adamant that teaching is where his passion lies.

“Giving back to kids and providing the support and mentoring I received when I was young is important to me. I’ve been very lucky—my brother has been a huge role model and, as a single parent, my mom had to make a lot of sacrifices for us. Whatever I do, whether it’s with Avis Painting or teaching, I just want to make her proud.”

Having such an entrepreneurial, hard-working and caring son as Stephen, she undoubtedly already is.