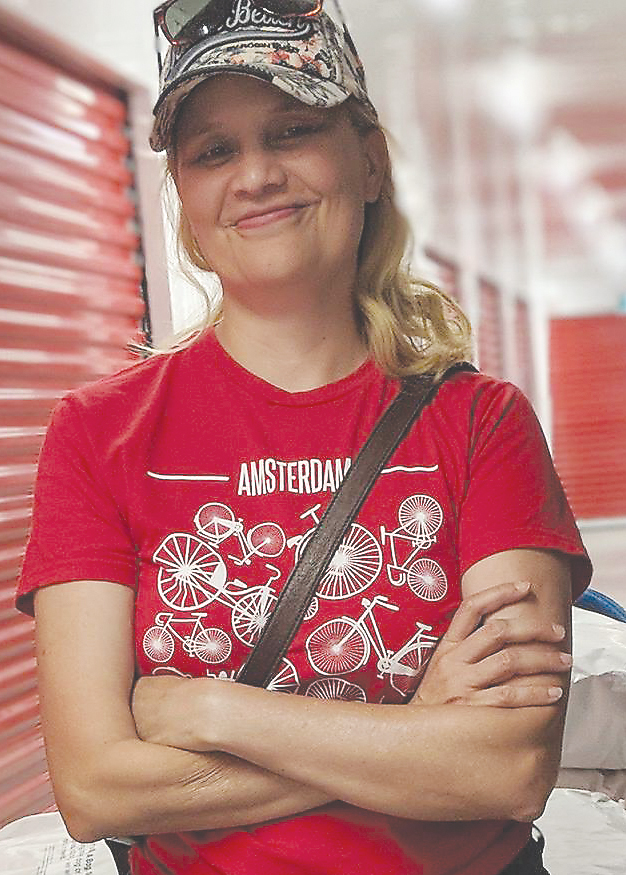 Judy Croon is a local hero who not only motivates and makes people laugh, she also works hard to raise money for a variety of organizations such as No Hungry Pets Project, City Street Outreach and Sistering.

As a long-time stand up comedian, Judy Croon is used to being in the spotlight.

When she’s off stage, however, she devotes most of her time to shining the light on people and causes that often get overlooked.

Judy is one of those people who packs so much into her schedule you wonder how she ever has the time to sleep.

In addition to her work as a comedian, Beach resident Judy is a motivational speaker and laugh coach—giving keynote speeches to companies such as CAMH, Royal LePage and Enbridge on how to relieve work stress through humour, as well as being a radio and podcast host and author.

But on her website you’ll see very little about the hours of charity work she does which ranges from weekly deliveries of basic supplies to families living in need, to hosting comedy benefit gala shows that raise money for aid organizations around the city.

It is this selflessness and reluctance to take credit for her charitable work that prompted Valerie Bibb, Judy’s long-time friend, to want to share her story.

“Judy does so much good work aside from her stand-up and motivational speaking,” said Valerie. “Yet she never uses it for self-promotion. In fact, she deflects it —it’s just who she is.”

And, according to Valerie, it is the way she has been ever since they were in elementary school together, where Judy would always be involved in various causes, especially those involving the welfare of animals.
While Judy never followed through on her childhood ambition of becoming a vet, leaving university in the second year, her love of animals and determination to literally help the ‘underdog’ led to her becoming a lifelong advocate of those in need.

The organization she founded, DogStarz, helps dogs find their forever homes, and she is also heavily involved with the No Hungry Pets Project which supplies food banks and other charitable organizations with pet food and financial help for people struggling with veterinary bills.

Combining her hosting and comedic skills, this year saw Judy host the Stand Up For No Hungry Pets fundraiser on Sept. 19 at The Opera House where she assembled a line-up of stellar comedians who all gave their time for the very worthy cause.

For someone as talented as Judy, it would have been very easy to simply forge ahead with her career and focus on ‘making it’ in a business where only the best succeed.

While she did spend time in California — working the clubs, meeting the right people, including Joan Rivers, one of her main inspirations — she eventually landed back in Toronto and, having become financially stable, which is a rarity in the world of stand-up, Judy began to seek out ways to give back in her community.

“Judy has always looked for opportunities to help,” said Valerie. “She is constantly brainstorming, looking for ways to encourage others to get involved.”

And this includes Bibb herself who, along with Croon, goes out every Thursday evening to deliver food, clothing and other items as part of the City Street Outreach volunteer team.

“The City Street Outreach work is particularly important to both of us,” said Valerie. “Seeing firsthand the difference it can make to families, often living in motels with next to nothing, really puts things in perspective.”

Sistering, an agency for at-risk and socially-isolated women, is another organization close to Croon’s heart where, once again, she employs her talent and name recognition to do good for others. This year Judy hosted another fundraising event in conjunction with the Second City where she also coaches up-and-coming stand-up comedians.

On a personal note, Valerie has been the recipient of Judy’s compassion and generosity, receiving some much-needed support and comic relief when going through her battle against breast cancer. “Judy would text me to say she’s coming over, whether I liked it or not!” Valerie said with a laugh. “She would simply sit with me, talk, make me laugh, spend time. This is what she does…without ever expecting anything in return.”

As a prime example of Judy’s reluctance to take credit for all the amazing things she does for others, when she learned that there would be an article about her in the Beach Metro News she asked that the founders of City Street Outreach, Grace Gintoli and Alex Smirnis, were mentioned.

If you are interested in learning more about the essential work they do in the city or volunteering on their team, please email info@citystreetoutreach.com.