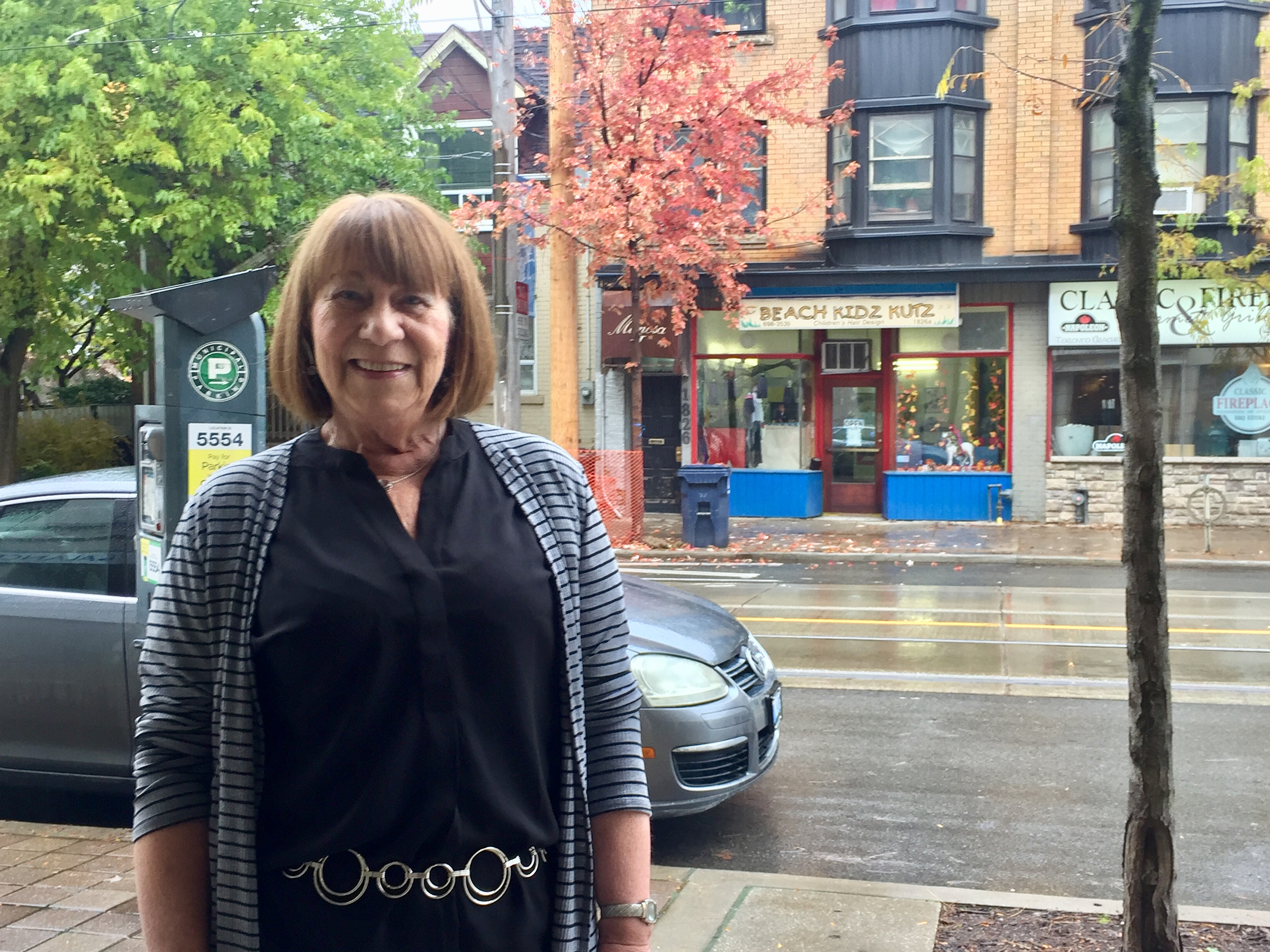 Despite a "not popular" change in her stance on the sex-ed curriculum, Angela Kennedy won a sixth term as Toronto Catholic District School Board's trustee for Ward 11 which includes Beaches-East York. Photo by Nina Rafeek.

Angela Kennedy is beginning her sixth term as Toronto Catholic District School Board trustee for Ward 11 which includes the Beaches-East York community, but a change in her stance on the sex-ed curriculum brought on a new set of challenges for the veteran trustee in her recent re-election campaign.

Since her tenure began in 2000, Kennedy said that she was against the introduction of LGBT, gender identity and expression, and information around consent in the elementary school sex-ed curriculum, because it contravened Catholic values.

But in 2016, Kennedy learned her son Brian, now 33, had been sexually abused at 11 years old by an older boy. After explaining to his mother that if he had been taught the information in the provincial Liberal government’s 2015 sex-ed curriculum, he may not have buried the secret he held inside for years.

“He convinced me that I should be in favour of more information rather than less information,” Kennedy said of her son. As a result, Kennedy flipped her position while she was chair of the board.

Consequently, she lost support from some constituents as well as a local advocacy group that was against teaching sex-ed in elementary schools.

“It was not a popular stance because I had in the first place been opposed to it,” Kennedy said.

As she lost campaign funding and support, other candidates started to gain traction in the recent election.

Kennedy, however, persevered to win the election. The full-time nurse advertised her trustee platform in the community newspapers, personally hand-delivered literature to her constituents and even mailed personal, hand-written letters to Catholic households in the Beaches—East York area.

Kennedy said the response was mostly positive and a lot of people thanked her for changing her stance. She said she realized that as a registered nurse, she couldn’t discriminate those who are not in-line her values and she applied that thinking to her position as TCDSB trustee.

“I feel so much lighter now,” she said of the change to her long-standing stance. “The nurses were so happy.”

In the upcoming term, Kennedy will follow her son’s wishes to advocate for a more informed sex-ed curriculum amid the newly elected Ontario Progressive Conservative government’s legislation to revert back to the 1998 curriculum.

Kennedy’s professional career history is steeped in advocacy. As a registered nurse at Michael Garron Hospital (formerly Toronto East General) for more than 40 years, she played an integral role in starting the nurse’s union, now the Ontario Nurses Association, in 1976.

She sold union memberships for one dollar on Coxwell Avenue and advocated for better working conditions for nurses in Toronto. “I was in the back room when we were deciding on becoming a union,” she said.

Now, with five new trustees elected to the TCDSB, Kennedy said her first task is to bring them up to speed on current projects.

Improved safety in elementary schools remains a priority for Kennedy, and she is also working to get funding for seatbelts on school buses.

She is also trying to implement a nametag system for elementary school teachers. “Students and parents need to know it’s a teacher in the school yard and not a stranger. How’s that kid in Kindergarten going to know that it’s a supply teacher for Grade 6 and not a stranger?” Kennedy said.

As a full-time nurse, Kennedy works 40 hours a week at the hospital and will allocate 30 hours a week as trustee. “It’s mostly, dare I say, fun,” she said.