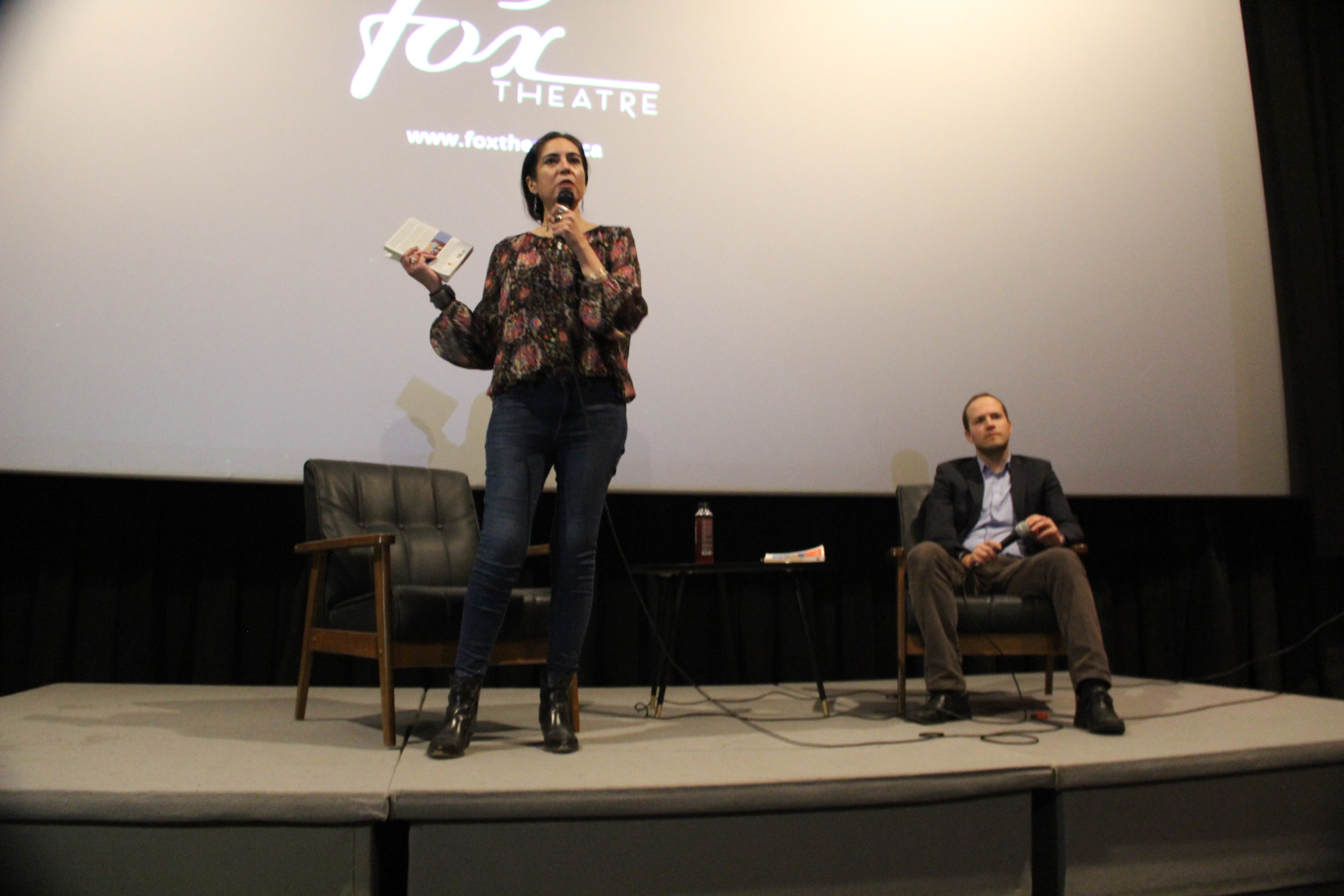 Anishinaabe Canadian journalist and author Tanya Talaga speaks during a Q and A session hosted by Beaches-East York MP Nathaniel Erskine-Smith prior to a screening of the movie Indian Horse at the Fox Theatre. Photo by Nina Rafeek

Anishinaabe Canadian journalist, author, and 2018 CBC Massey Hall lecturer Tanya Talaga participated in a Q&A session with the audience at the Fox Theatre in the Beach before the screening of Indigenous film, Indian Horse.

The Nov. 14 session and screening was hosted by Beaches—East York MP, Nathaniel Erskine-Smith, who also had a discussion on stage with Talaga about what the Canadian government can do to improve the state of Indigenous peoples in Canada.  Indian Horse is based on the novel by Richard Wagamese, and follows the life of a Canadian First Nations boy named Saul Indian Horse as he lives through the residential school system and the racism of the 1970s.

At one point in the discussion, Erskine-Smith informed Talaga that next week he will have 90 seconds with Prime Minister Justin Trudeau. He asked her what he can call attention to on her behalf, to which Talaga replied with a rhetorical question, asking why is there are little to no Indigenous persons at those meetings.

During the Q&A session, she also pointed out that lack of resources, such as medical care, education, and water are stifling the well-being and growth of Indigenous communities.

Talaga also spoke of the intergenerational trauma and cultural genocide that resulted from the residential schooling system in Canada. Through the reading of a passage from her book, Seven Fallen Feathers, she emphasized that justification for this treatment stemmed from a belief that Indigenous peoples were “savages” in need of “civilization”—a belief perpetuated by former Prime Minister Sir John A. Macdonald in the 1880s.

Going forward, Talaga called on educators to implement a more comprehensive public school curriculum on Indigenous peoples in Canada and their history.

She also encouraged the audience to read literature written by Indigenous authors to challenge the long-held stereotypes of the Indigenous community.