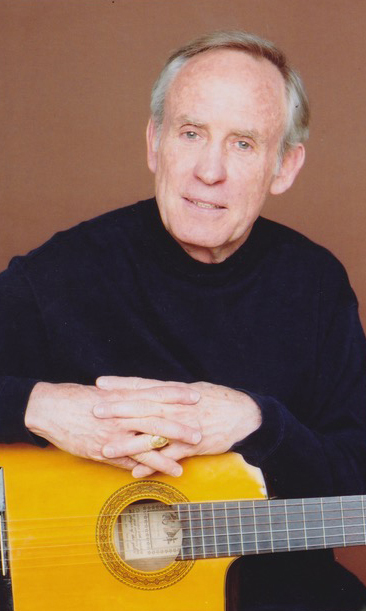 The phrase ‘gig economy’ is a relatively new term that describes the way many people work these days but Beaches local, actor and entertainer Patrick Rose has been living that way his whole life and loving every minute.

Born in Manitoba and growing up in Vancouver, Patrick was introduced to music at an early age – his mother was an accomplished classical pianist and there was always music playing in the home. However, it wasn’t until he was in Grade 9 and he saw The Kingston Trio playing at a local theatre where he ushered part time, that the idea of making music his life really gripped him.

“That was a life-changing night,” remembered Rose, who went out the very next day to purchase a ukulele and immediately formed a band with a bunch of like-minded school friends including Alan Scarfe, who went on to become a renowned Stratford Festival actor and director.

University followed and, after graduating with a BA in Theatre, Rose began what would become a pattern of going from gig to gig, “basically doing anything anyone would hire me for,” he said with a laugh.

Playing folk music in coffee houses, acting in a touring production of the Fantasticks and appearing on the very first CTV Canada-wide broadcast with his band The Clansmen, Rose continued honing his craft, eventually deciding to go to London where his sister was living at the time while studying at the Royal Conservatory of Music.

For a young Canadian in his twenties, late 1960s London was a heady time. “There was so much going on there,” he said. “From theatre and television to radio and pub gigs, the opportunities were endless.”

One of these opportunities included working on The Magus, a movie starring Michael Caine and Edward G. Robinson which was filming in Majorca where Pat just happened to be ‘bumming around’ as he describes it.

Gigs in working men’s clubs in the north of England were particularly memorable, he recalled of those days, where his style of folk music wasn’t always welcomed by those hard-drinking Northerners who wouldn’t think twice about showing their disapproval by throwing objects at the stage!

But, never one to be discouraged, he persevered and finally landed a role as the juvenile lead in the West End run of Gershwin’s Lady Be Good, where he made what was, back in those days, a decent wage of £40 per week.

Back in Canada and now married to his long-time girlfriend Susan who he had met in university, Rose continued to work, never once feeling like he should pack it all in and get a ‘real’ job.

“I always knew I could get work one way or another, whatever happened, whether it was a one-night gig in a club, voice-over work or a commercial,” he said.

However, with a growing family – daughter Mary and son Jordan –  and a home now in the Beaches area of Toronto, Patrick also knew that making a steady income was important. It was with this in mind that, in addition to his continuing television work, he and Susan started their company producing and performing Murder Mysteries, a successful business that benefitted from the popularity of dinner theatre in the 1980s.

With such a long and impressive resume, which also includes 25 years at the Avenue Road Art School conducting a weekly sing-a-long and his popular barbershop quartet The Retro Ramblers, who regularly perform in churches and seniors’ homes, you might think it would be hard to choose one achievement that really stands out.

For Rose, however, there’s no doubt that it’s his creation of the 1974 musical Jubalay. “To start from absolutely nothing and create a whole show, that’s the one thing I’m most proud of,” he said.

With lyrics by Merv Campone, Jubalay’s original cast included Rose along with Canadian actors Brent Carver and Diane Stapley and the 60-minute revue-style show is still being enjoyed by audiences to this day.

While life in the entertainment business can be risky, Rose is quick to point out that it is the support of his ‘voice of reason’ Susan and the fact that he has always jumped in and never placed limitations on himself that have contributed to a career that is now in it’s 60th year and not likely to stop anytime soon.

“As long as I can get up in front of people with my guitar, I’ll just keep going,” he said with a chuckle. And, it’s safe to say, the audiences who enjoy the energy, spirit and sheer exuberance Rose puts into every performance will be extremely happy to hear that.