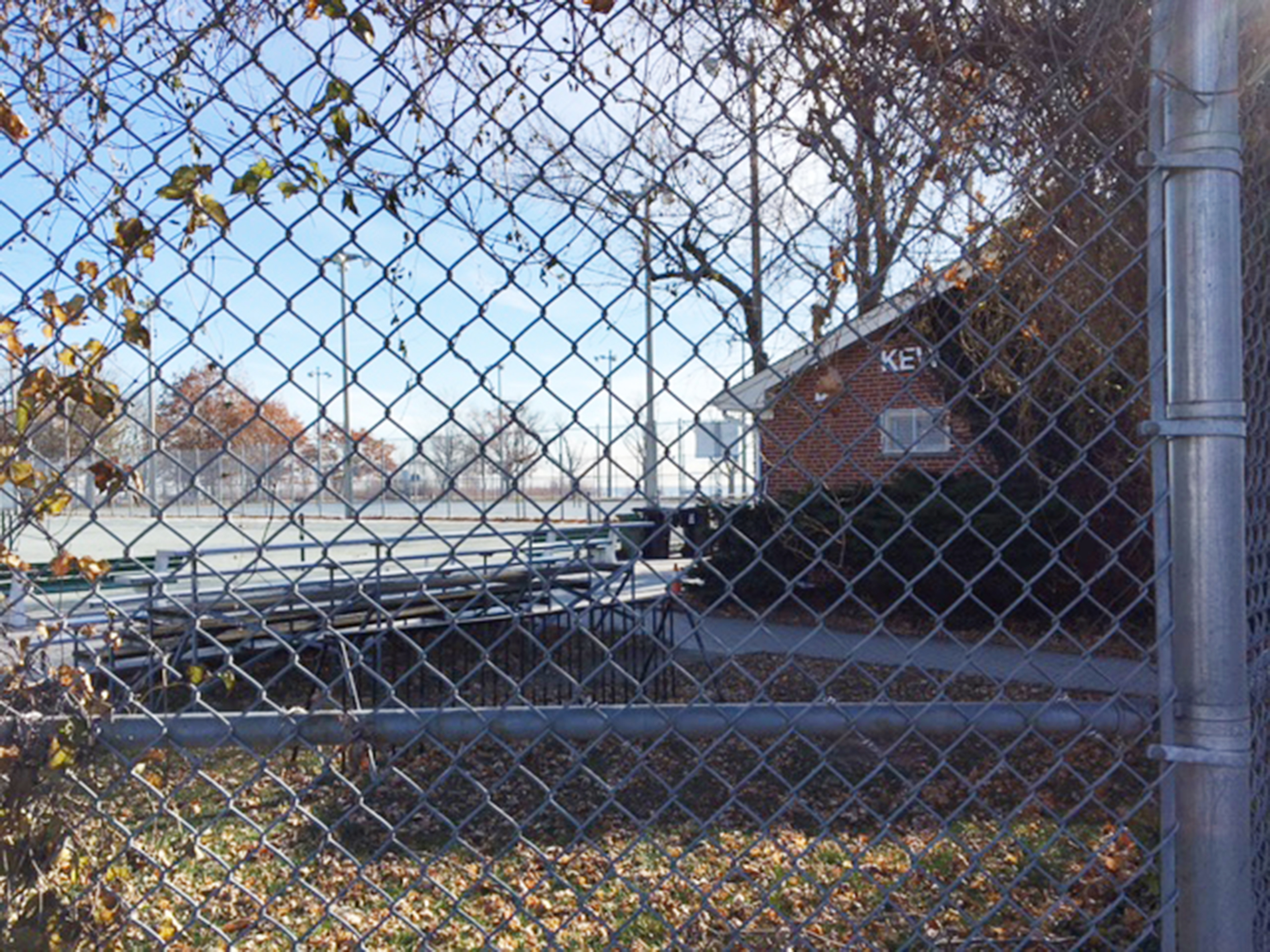 McGlaughlin, along with a number of other tennis enthusiasts in the Beaches-East York community, are not pleased that the Kew Gardens Tennis Club has closed its courts for the winter season.

For about 30-40 years, Kew Gardens allowed access to the hard courts in the winter via the south gate. Tennis players were not the only ones who used the courts – it was used by dog owners as a dog park, skateboarders as a skate park and even ice skaters as an ice rink after a thaw/freeze.

According to McGlaughlin, it was a great opportunity for people to learn how to play tennis before they became members.

However, the club is now restricting access during the winter due to safety concerns. According to Ev McLean, president of the Kew Gardens Tennis Club, the acrylic coating on the hard courts make them unsafe to play on when wet.

“We learned last year that our insurer would not cover us for liability if we did not hold a valid permit from the city to stay open and if we did not make sure the courts were safe to play on,” McLean said.

The permit for the courts issued by the city runs from April 1 – Oct. 31. The club was able to get an extension to Nov. 15 but closed the courts a few days early based on weather forecasts. The city could not extend the club’s permit beyond Nov. 15.

“After petitioning by members, the city councillor called me and said that if we wanted a permit, she would force one but that we would have to comply with the terms of the permit,” McLean said.

The permit states that when conditions are such that use would result in injury to participants or cause damage, then use should be cancelled. It goes on further to state that permit holders are required to take all reasonable steps to ensure the safety of all permit participants.

“In addition, we learned from our insurer, that to be covered we would have to make sure that the courts were safe to play on. The board voted unanimously to keep the courts closed last winter,” McLean said.

According to McGlaughlin, of all the tennis clubs he’s been to, there isn’t an outdoor court like Kew Gardens in all of Canada.

“I think Kew Gardens is a nice club with a long history and the nicest location in the city. It’s iconic. I just wish the board would make it a little more inclusive to the public and to tennis in general,” McGlaughlin said.