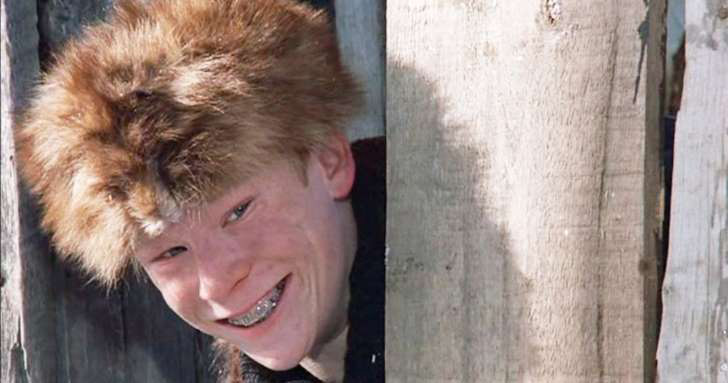 Toronto actor Zach Ward as Scut Farkas in A Christmas Story from 1983. The famous scene in which Farkas is beaten up by Ralphie was filmed in the alleys near Queen Street East's Connaught streetcar barns.

A flying sleigh? A rugged Santa who looks like he just stepped out of a Quentin Tarantino western? Yes, there were some strange sightings reported from the Leslieville area last winter. Santa was the talk of the neighbourhood around Coady Avenue and Queen Street East.

A wisecracking Santa (Kurt Russell) came to town “live and in person, one night only” for the new Netflix family film The Christmas Chronicles. It’s the story of a naughty brother and nice sister trying to catch Santa Claus in the act and going for quite an adventurous ride on Christmas Eve. a mischievous Russell, but critics have not been so kind. One review in the Guardian complained of “painfully obvious Toronto for America locations”. Ouch!

It’s not the first time a cinematic Santa has come crashing down here and Christmas has to be saved in the St. Nick of time.

In The Santa Clause (1994) Tim Allen had to deal with the consequences of the jolly fellow falling off his roof. Most of the reindeer were CGI, but some animal scenes were courtesy of the Toronto Zoo (polar bears, caribou).

In The Silent Partner (1978), Christopher Plummer tried to rob a bank disguised as Santa. At the time my mother wondered why extras were wearing winter coats in the summer at the newly-opened Eaton Centre. Key scenes took place at Kew Gardens and Kew Beach.

Toronto has seen its share of holiday films. In Black Christmas (1974) we can see Community Centre 55 as the police station it once was. Jan Rubes plays Santa in One Magic Christmas (1985) with the family home on Ellendale Drive in Scarborough.

Ontario has become the go-to location for Hallmark Christmas films like Christmas Next Door (2017) which filmed on Crescentwood Road near the Hunt Club. There is the usual handsome Prince Charming (Jesse Metcalfe) who needs to learn the true meaning of Christmas. These made-for-TV films may be ho ho hokum fairy tales for adults, but they are popular and keep the makers of fake snow in business.

Like most seasonal movies, Christmas Next Door filmed when there wasn’t any snow on the ground (October) and used rolls of white cotton and spray foam on the lawns. In a skating scene at Nathan Phillips Square, you can see water covering the actual rink in the background.

The Christmas Chronicles did film in freezing temperatures, but there wasn’t any white stuff around and an elaborate snowscape was set up at St. James Park using white foam. Just after the crew packed up their equipment, it snowed for days. There’s movie magic, but nobody can control the weather, not even Santa Claus.

“Oh Fudge!” I can’t forget the made-in-Toronto classic A Christmas Story (1983) which celebrates its 35th anniversary this year.

Interior scenes were filmed at Magder Studios on Pharmacy Avenue in Scarborough. Ralphie gets soap in the mouth for his bad words (on Cherry Street) and fights in the alleys near the Queen Street East Connaught streetcar barns. You can spot the old yellow and red P.C.C. streetcars.

Who can forget Ralphie’s nemesis, the red-haired bully Scut Farkas, played by Zach Ward. The Toronto-born actor recently told Entertainment Tonight: “It’s a gift that keeps on giving. Every single year I become that long-lost family member that everyone likes seeing again and they laugh and they smile and then give me a hug. And I’ve never met these people, but they spent their entire lives watching this film and they keep enjoying watching me get beat up and bleeding on the ground.”

A Christmas Story has helped Ward have a long career as a character actor, but there were lean years. He tells the story about meeting a family in a restaurant. The father went on and on about how much they loved watching the film together every year. Finally Ward had to say, “Now can I take your order.”