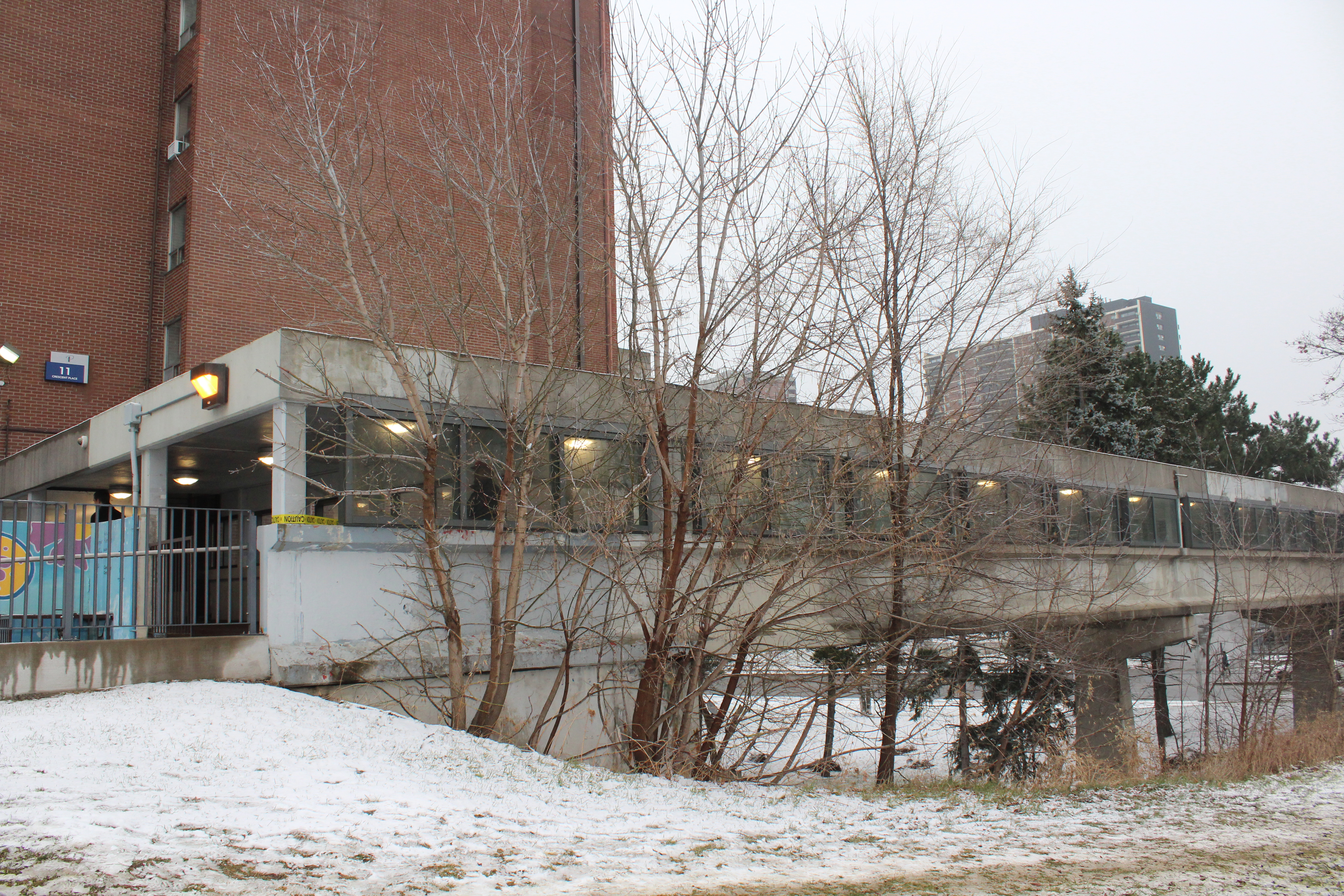 The pedestrian bridge over Victoria Park Avenue between Crescent Town and the subway station has been re-opened two weeks earlier than expected. It was closed on Dec. 13 for urgent repairs.

The pedestrian bridge over Victoria Park Avenue connecting the Crescent Town area to Victoria Park subway station has been re-opened, two weeks ahead of schedule.

The City of Toronto made the announcement of the bridge’s re-opening early on the afternoon of Friday, Dec. 21.

The re-opening of the pedestrian bridge also means that the closure of the centre lanes of traffic on Victoria Park Avenue has now ended. Those lanes had been closed while repair work was taking place.

The city announced on Thursday, Dec. 13 that the bridge would have to be closed for urgent repairs and the work was expected to take three weeks.

The closure had meant pedestrians had to cross Victoria Park Avenue at the traffic lights under the bridge at street level.