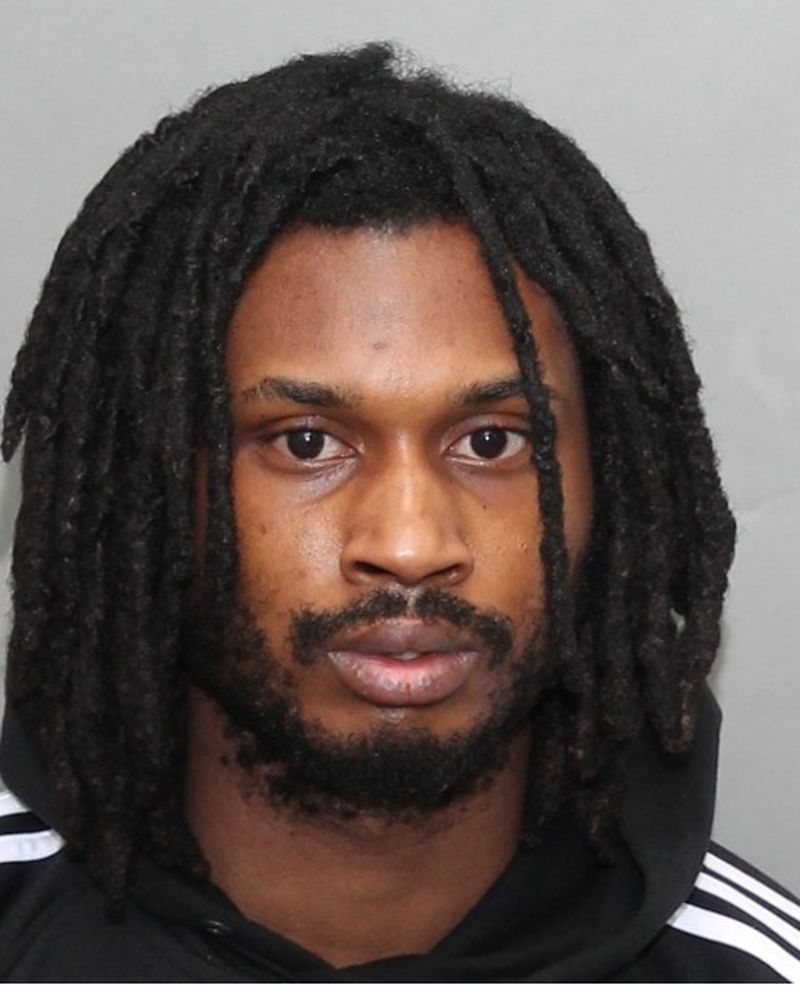 Police are seeking John Okoro, 23, in connection with the daylight shooting last Sunday, Jan. 6, at Woodbine and Kingston that injured two men. If anyone spots Okoro, police say do not approach him but call 9-1-1 immediately.

Toronto police have identified a third suspect wanted in connection with a daylight shooting last Sunday, Jan. 6, in the Woodbine Avenue and Kingston Road area that injured two men.

Police are looking for 23-year-old John Okoro, of Toronto, on a number of charges including attempted murder and conspiracy to commit murder.

Members of the public are being warned by police not to approach the suspect if they spot him, as police consider him to be violent, armed and dangerous, but to call 9-1-1 immediately.

In a press release issued Sunday, Jan. 13, police said they believe there are people assisting Okoro to evade arrest, and they are reminding those involved that it is a criminal offence to assist anyone that has committed a crime.

Two other men were arrested Jan. 6 afternoon shortly after the shooting, and they both face a number of charges including attempted murder.

The incident began at approximately 2:30 p.m. on Jan. 6 when an Audi stopped at a red light at Kingston and Woodbine was approached from behind by a black Mercedes, police said. Police alleged the Mercedes came to a stop behind the Audi and a man got out of the Mercedes and approached the passenger side of the Audi. The man had a firearm in his hand and began to shoot inside the Audi, police alleged, hitting two men in the car.

The victims both received gunshot wounds, but their injuries are not considered life threatening, police said.

The driver of the Audi drove southbound on Woodbine, turned westbound onto Queen Street and came to a stop in front of a store, just east of Rainsford Road. They were treated for their injuries at that location, and then taken to hospital.

While that was happening, police alleged that the driver remained in the Mercedes, sped off on Woodbine Avenue, and became involved in a collision on Queen Street east of Woodbine Avenue. At that point, police said four males ran from the Mercedes.

Police flooded the area immediately after the shooting and responding officers arrested two of the males who had allegedly fled from the Mercedes.

Three firearms were also seized after the shooting, police said.

As the investigation into the Jan. 6 shooting continues, police in 55 Division are appealing to the many witnesses who were in the areas of both Woodbine and Kingston and Woodbine and Queen Street East at the time to contact them at 416-808-5500.

People with information can also contact Crime Stoppers anonymously at 416-222-8477 or online at www.222tips.com