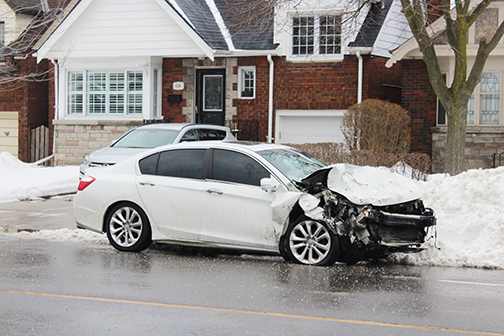 One person is in hospital with life-threatening injuries after a head-on collision on Kingston Road in Birch Cliff early Sunday morning.

According to Toronto police’s Traffic Services division, a Toyota pick-up truck being driven by a 31-year-old man was heading westbound on Kingston Road just west of Hunt Club Drive when it crossed into the eastbound lanes and collided with a four-door Honda Accord at approximately 3 a.m. on Feb. 3.

The two people in the Honda, a 23-year-old male driver and a 22-year-old female passenger, received serious but not life-threatening injuries.

The 29-year-old male passenger of the Toyota suffered life-threatening injuries.

Kingston Road was closed at Hunt Club Drive for several hours while police investigated, but it re-opened just before 10 a.m.

Police are continuing to investigate and are appealing to business owners and residents in the area who may have security camera footage from early Sunday morning to come forward. Police are also looking for dashcam footage from any drivers who might have been in the area near the time of the crash.