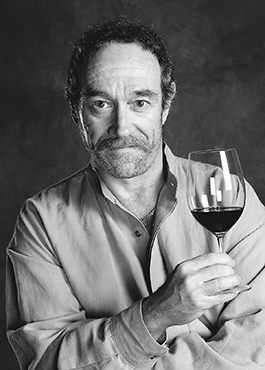 Finstein started writing his wine column, which was called Bottoms Up, for Beach Metro News more than 30 years ago, and former editor Sheila Blinoff remembers him as always being a reliable and extremely knowledgeable columnist.

“We never had to call him about late copy. His columns arrived early, well edited, with correct spelling and grammar. One never had to query his facts,” she said.

Finstein even helped Blinoff when it came to selecting the wines for her son’s wedding.

“I still have a bottle of ice wine that he gave me at my retirement party five years ago. A couple of us have tried opening it without success. Wherever he is, he may be laughing at my efforts,” she said.

Along with his columns, Finstein was also a renowned wine judge, consultant, author, television and radio personality and part-time professor of wine at George Brown College’s School of Hospitality.

“We just hit it off and he was a great companion. We judged in a lot of places in Europe – Italy, Spain and France. He was always amusing and he had wry wit, a dry and measured wit.”

Stimmell said he and Finstein spent many good times judging wines together.

“I worked with him for many years wine judging. Every spring we would judge Ontario wines and there would be about 140 wines from Ontario and we’d spend 12 hours or so over a Saturday and Sunday doing blind tastings.”

Finstein had a strong group of “iconoclastic friends” and lived life on his terms, remembered Stimmell.

“He was a rebel. When he was young he was in a rock band, which was very cool. As he got older he joined the LCBO and rose through the ranks as a wine consultant. But he rebelled again and left them as he did not like the direction they were going. He became an independent wine consultant and judge.”

Finstein is also the author of a murder mystery novel, Pinot Envy which was published in 2013 and introduced readers to the character of Woody Robins, “a bon vivant, devil-may-care wine guru who specializes in investigatory work involving rare artifacts of a vinous nature.”

He also has two other titles in the Woody Robins mystery novel series, Mortal Zin and Have Wine, Will Travel.

Finstein also authored the non-fiction book Ask The Wine Doctor, which won the Best Wine Education Book for the Rest of the World at the Gourmand Cookbook Awards.

He is survived by his wife of 24 years Jo Ann.