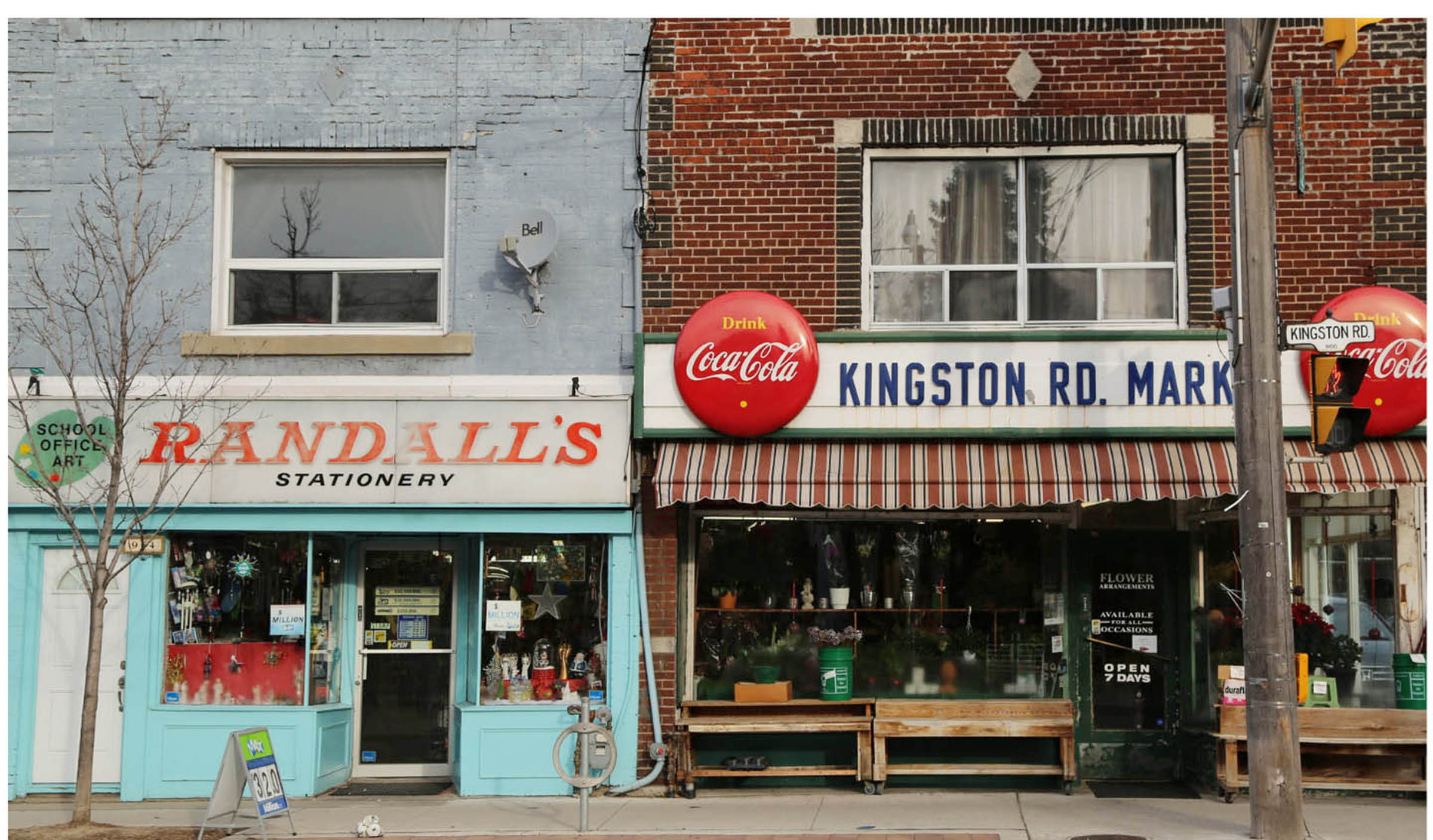 Photographer Johanna Lindsay took this photo of the Kingston Road market which is part of her exhibit now on at a gallery in Millerton, New York. Lindsay (shown in inset photo) grew up in the Beach.

A local photographer has recently opened a gallery show that is being held in Millerton, New York.

Johanna Lindsay grew up in the Beach area and has had a passion for photography ever since she could remember.

Now, her career has taken off where she showcases her work in her new home, New York. Her exhibit in Millerton will be running until March 2 at the PLACE art gallery.

Lindsay explained in an interview with Beach Metro News that while growing up and attending Glen Ames Senior Public School and then Malvern Collegiate, her camera never left her side.

She added that her knowledge of photography expanded once she made the move to New York. “When I moved to New York City to work on Broadway shows in a public relations capacity, I was surrounded by professional photographers,” she said. “I would soak up all the tricks of the trade – I was like a sponge.”

Lindsay then took photography classes at the International Center of Photography in New York City, where she learned how to work with light and take better photos using an iPhone. Through this, she started up her Instagram account @fromthewestvillage. Lindsay was recognized by PLACE through her account and was offered the solo exhibit.

One of the images on the gallery’s site features a shot of Kingston Road. Lindsay explained that the Beach shaped who she is today and the way she sees the world.

“To me this image sums up home,” she said. “It is so old-school Beach.”

Lindsay also mentioned that she returns to the Beach every year to visit family, and continues her photography during her visit.

Some of the artists she is inspired by include Vivian Maier, Elliott Erwitt, Robert Capa and Diane Arbus.

“Capturing moments with a feeling or emotion that tells a story with no language barriers is a very powerful tool,” Lindsay added. “I think of myself as a writer who narrates with a camera.”