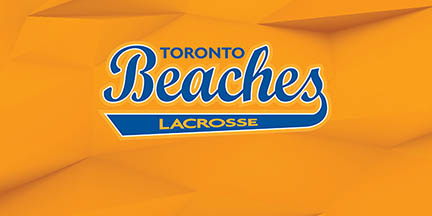 The 11th annual Jammer Classic Field Lacrosse Tournament goes this Friday to Sunday at the Cherry Beach playing fields. The tournament is hosted by the Toronto Beaches Lacrosse Club.

The Toronto Beaches Lacrosse Club is set to kick off its field lacrosse season with the 11th annual Jammer Classic Field Lacrosse Tournament starting this Friday, April 5, and continuing through until Sunday, April 7, at the Cherry Beach playing fields.

The tournament is named in honour of 15-year-old Jamieson Kuhlman, a Beach resident who died in a tragic accident while playing lacrosse as a member of the Beaches club in May of 2008.

Every year, the Toronto Beaches Lacrosse Club dedicates the season-opening tournament in his honour.

A special part of this year’s tourney will feature a high school game on Friday between lacrosse teams from Malvern Collegiate Institute and Neil McNeil Catholic High School which starts at 11:45 a.m.

Action at the Jammer tournament takes place over three days, with high schools playing on Friday and then club teams taking to the fields on Saturday and Sunday.

Saturday’s games will see competition in the boys Under-13, Under-15 and Under-17 divisions. Play gets underway at 8:30 a.m. Saturday with games continuing that day until after 5 p.m. Championship games are slated for Sunday afternoon.

There will be eight teams taking part in the U-17 division; four teams in U-15 division and four teams in the U-13 division. For a full tournament schedule, please visit https://www.beacheslacrosse.com

Dara Willis, Director of Marketing and Communications for the Toronto Beaches Lacrosse Club, said the Jammer tournament on the first weekend of April is the traditional start to the field lacrosse season and is played regardless of what the weather may be.

“There have been years when we’ve had people out on the fields with shovels before the games start,” she said. “The lacrosse kids know they have to play in all kinds of conditions, and they are ready for it.”

Friday’s weather is forecast to be cool and wet, but so far Saturday is shaping up as a nice spring day with warmer temperatures.

“It should be lots of fun,” said Willis.

Beaches teams compete in the Ontario Minor Field Lacrosse League which features teams from across the province including Newmarket, Peterborough, Whitby, Hamilton, Oakville and Mimico. The season runs from early April until the championships on the May long weekend.

Once field lacrosse wraps up, the box lacrosse season begins.

“We have a huge house league program with more than 200 kids playing out of the box at Kew and at Ted Reeve,” said Willis.

She said Beaches lacrosse is focussed on developing young players and making sure the game is fun.

“It’s all about having fun.”

The club offers lacrosse for both boys and girls and has seen many of its players go on to great success including a number of girls who received lacrosse scholarships from colleges in the United States.

Also, the professional Toronto Rock lacrosse team which competes in the National Lacrosse League has three former Beaches players on its roster. They are Alec Tulett, Mitch Gustavsen and Damon Edwards, who also still coaches with the Beaches club.