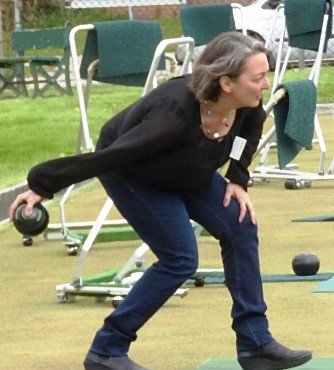 East York’s Cosburn Park Lawn Bowling Club is marking its 90th birthday by welcoming a number of local dignitaries to its Opening Day celebrations on Saturday, May 11.

The first bowl is slated for 1 p.m. on May 11 as part of the Opening Day ceremonies which will also feature a type of bowls game known as a ‘jitney’.

Jitney is Canadian lawn bowling slang for a game where teams are determined randomly. Those taking part in the opening ceremonies can also learn some other common lawn bowling terms such as “kissing the jack”, “a toucher”, “throwing a wrong bias” and “I’ll grab the rake”.

The Cosburn club is also hosting a trio of Open Houses next week for community members to learn the basics of lawn bowling.

Though the club was established in 1929, Cosburn Park Lawn Bowling Club said in a press release that it “prides itself on a forward-looking approach that defies stereotypes about lawn bowling.”

The Cosburn club is growing in both numbers and diversity, with close to 200 current members – 40 per cent of which are not seniors.

“Cosburn Park attracts a broad range of bowlers,” said Club President Frank Hibbs in the press release, “but people are like-minded too, in that they value the friendliness, the openness and the camaraderie here. We’re growing – largely through word of mouth – because members tell their friends about the club.”