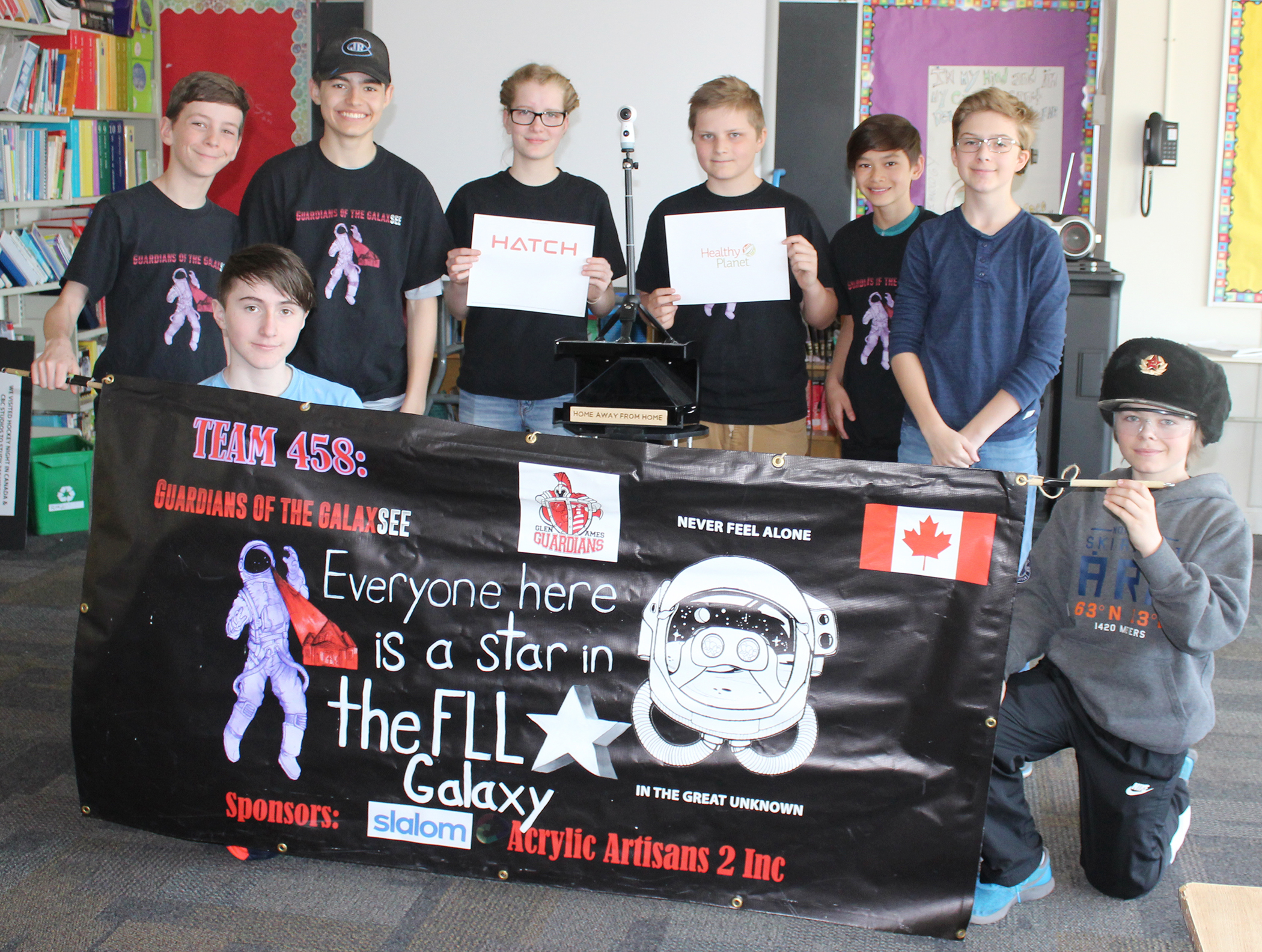 The Glen Ames Senior Public School robotics team, the Guardians of the Galaxsee, will be competing in California on the weekend of May 17 to 19. Photo by Alan Shackleton.

Members of the Glen Ames Senior Public School robotics team will be heading to California this week to take part in their third straight international championships.

The team, which calls itself the Guardians of the Galaxsee, consists of 10 Grade 8 students.

They will be flying to California this Thursday to take part in the FIRST (For Inspiration and Recognition of Science and Technology) Lego League, known as the FLL, international championships against teams from around the world.

The competition in Carlsbad, California goes May 17 to 19.

This is the third year in a row that a Glen Ames team has qualified for the event, and the fifth time in the past eight years.

Glen Ames is also the only Ontario public school that earned the right to compete internationally for this year, which makes them especially proud given the high level of competition from teams seeking to qualify, said coach and teacher Luke Martin.

“Each year there is a less than one per cent chance of doing what these students are doing,” he said.

The FLL is an international alliance between Lego and FIRST. The challenge for the 2018-19 FLL season was Into Orbit, and it asked students to think like engineers and scientists facing an issue in outer space that needed a solution.

The Guardians’ solution to the challenge was how to help astronauts deal with loneliness in space.

Called Home Away From Home, the Guardians’ project uses a robot with a 360-degree camera that records video memories in the astronaut’s home which can be viewed in virtual reality. The camera on the robot brings images of familiar faces and places right to the astronaut.

The teacher coaches of the Glen Ames team are Mr. Martin and Ms. Buckley.

To get to California, the Glen Ames students had to do a lot of fundraising to help cover the costs and also secured a number of sponsorships. Fundraisers included selling raffle tickets and a gmes tourney. Sponsors include Slalom, Healthy Planet, Hatch Coding and Acrylic Artisans 2 Inc.