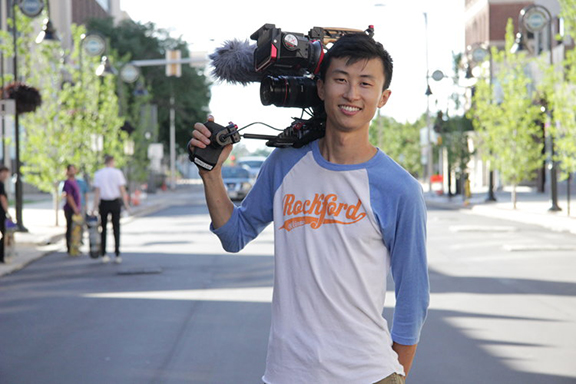 Bing Liu's Minding The Gap will be screened at the Fox Theatre on the evening of Thursday, May 23. The free screening is hosted by Beaches-East York MP Nathaniel Erskine-Smith. Those wishing to attend must register in advance.

The free screening of the documentary film Minding The Gap takes place between 6 p.m. and 8:30 p.m. at the theatre, which is located at 2236 Queen St. E.

Minding The Gap, by Bing Liu, covers 12 years of filming in the town of Rockford, Illinois. If follows Liu as he searches for “correlations between his skateboarder friends’ turbulent upbringings and the complexities of modern-day masculinity.”

The gap being minded is the one between childhood and adulthood.

Special guest at Thursday’s screening will be Dr. Danielle Martin, the Executive Vice-President and Chief Medical Executive of Women’s College Hospital where she is also a practising family physician.

She is also a recognized media spokesperson, frequently commenting on health issues through her work as a contributor at the CBC and a columnist in Chatelaine magazine. Her bestselling book Better Now: Six Big Ideas to Improve Health Care for All Canadians was released in 2017.

Those wishing to attend are asked to register on Eventbrite at minding-the-gap.eventbrite.ca

Registrations can also be made by calling Erskine-Smith’s office at 416-467-0860 or by emailing Nathaniel.erskinesmith@parl.gc.ca