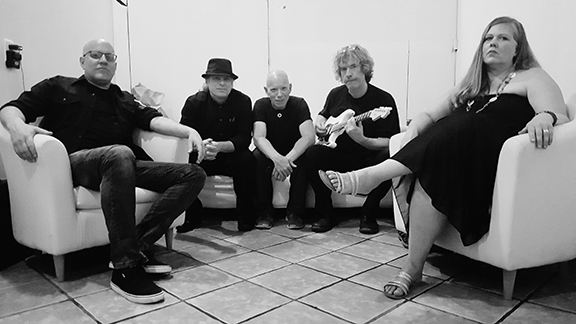 Beach-based band Eclecticus will be performing at the Burlington Sound of Music Festival on June 14. Photo: Submitted.

Two local musicians and their band have been selected to perform three sets at the Burlington Sound of Music Festival which draws 200,000 attendees annually.

“Music has always been a part of our household,” the duo said. “Most of the music I listened to growing up ranged from classic rock to Frank Sinatra.”

Last year, the band opened for Sebastian Bach of Skid Row. Outside of singing and songwriting, they engineer and mix songs.

Eclecticus’s fourth and most-recent album, So Illogical, was produced by Jono Grant, an award-winning and nominated music producer and composer.

Grant plays the electric guitar for Eclecticus, alongside Chris Ross (drums) and Darrell Goodman (bass) who are all long-time Beachers.

“So Illogical speaks to relationships, life challenges and decisions and has a modern and classic rock vibe,” Reid said.

Eclecticus will be performing at the Pine Street Pod location of The Burlington Sound of Music Festival on Friday, June 14, starting at 7:45 p.m.

For more information on the band, please visit www.eclecticusband.com