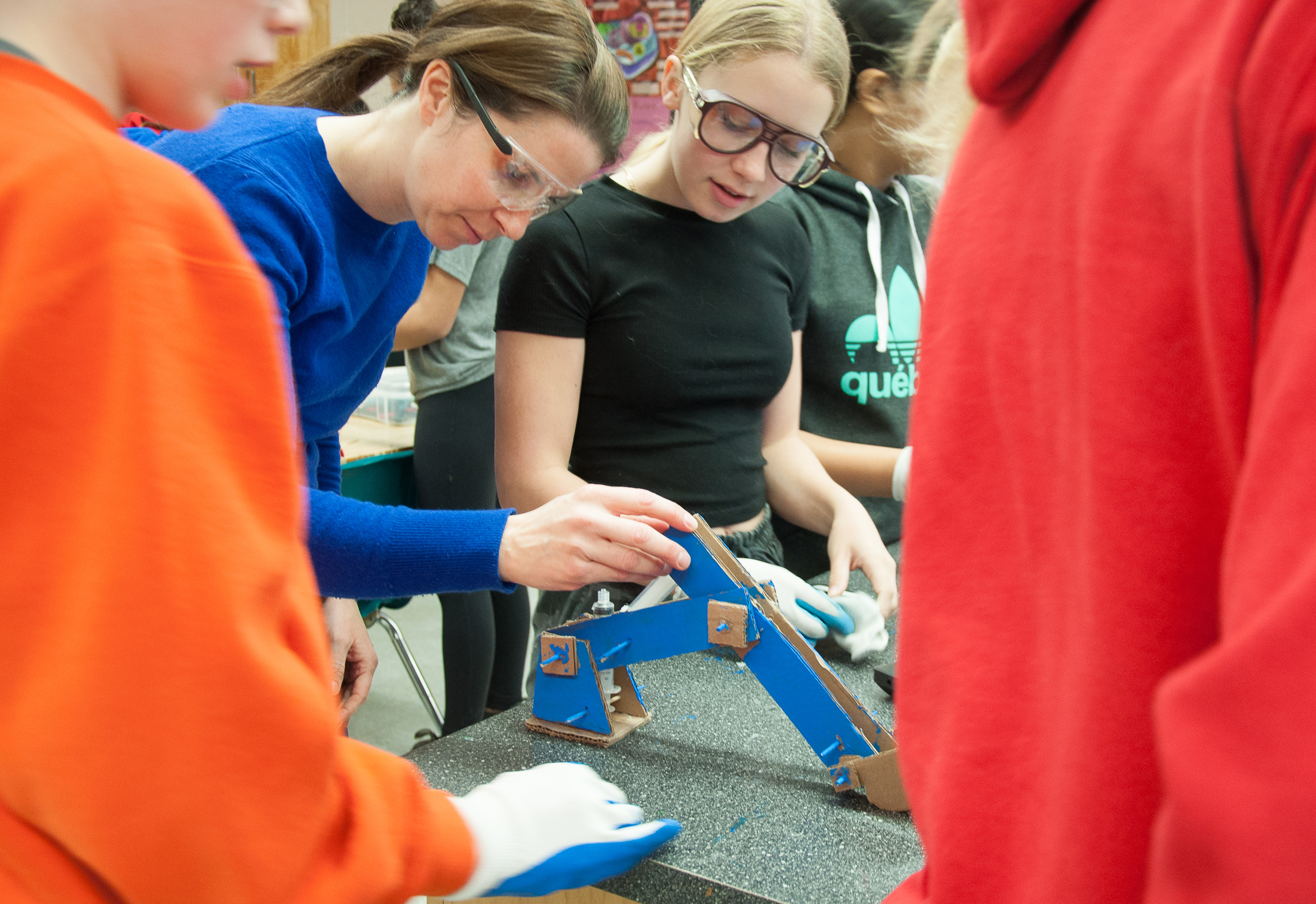 She was presented the award by Prime Minister Justin Trudeau at a ceremony in Ottawa on May 28.

The accolade, in part, reflects her unique teaching approach to complex concepts in math and science. For Wilkins, sometimes that approach means putting away the pencils and books, and dropping eggs off the school’s rooftop.

Students were tasked to design “egg landers”, a device that protects an airborne egg from breaking once it hits the ground.

“I was going to drop their devices off the top of their school, to see if their egg survived, but they had multiple test runs to see what they could do,” Wilkins explained.

But coming up with the final idea for a successful egg lander, Wilkins said, requires a process. This process is called ‘design thinking’.

“It’s the concept of getting an idea, researching it, designing a prototype and testing it,” she explained.

“They were pretty amazing, most of them. If you looked at them, their exteriors were pretty similar…a lot of them were square-shaped, or cube-shaped, or rectangular-shaped, some even kind of like a pyramid-shape, but inside, you had all sorts of different things, some kids had eggs suspended in midair by elastic bands.”

After the young scientists finished their prototype, it was time for the moment of truth. Wilkins, or Ms. Wilkins, as she is known to her Grade 7 and 8 students, handed over their invention to take flight off the ledge of the Courcelette Public School rooftop.

“One student, he designed a wooden box, and I was looking at this thing like, ‘I’m dropping a wooden box off the top of the school. Boy, I don’t know how these eggs are gonna live.’”

From there, the students analyze what went wrong, what went right, and redesign. The same student outfitted their wooden box with evenly spaced out nails sticking out from all directions.

It was time to retest—and the verdict: success.

“I told him I’d never doubt him again, and so he likes to remind me of that,” Wilkins recalled with a chuckle.

Wilkins finds creative tasks, like the egg-landers, to make learning fun for her students. “It was all math, looking at trajectory, speed of falling, rate of impact, gravitational pull, so you’re infusing math into a lot of hands-on and real-life projects,” she said.

Along with design thinking and real-life experiments steeped in mathematical concepts, the most important thing, Wilkins said, is to teach students that it’s not only OK to fail, it can be fun too.

Wilkins knows resilience all too well. At the end of playing soccer at the University of Toronto, she developed epilepsy from a head injury, resulting in an eye-opening moment at the beginning of her teaching career.

“Knowing the difference between how I learned prior to that and how I learned now in what I need, I think made a really big impact on me in seeing the children through a different lens.”

It’s essential, she said, to cater the curriculum to the student’s varying needs and strengths.

“For me it’s a very personal, it’s really important to me, to make sure that all the children are being supported in the classroom and that I always try to be curious and take the time to figure out what every child’s strengths are and how I can make sure that my program is inclusive,” Wilkins said.

So, how does a new teacher find success in classroom? Wilkins said that it’s crucial to find your good people.

“Winning an award like this is impossible unless you’re surrounded by good people. When I talk about new teachers finding their good people, I’ve found my good people. I’ve got a great principal, I’m surrounded by a great team of friends and colleagues, who really care about what they do.”