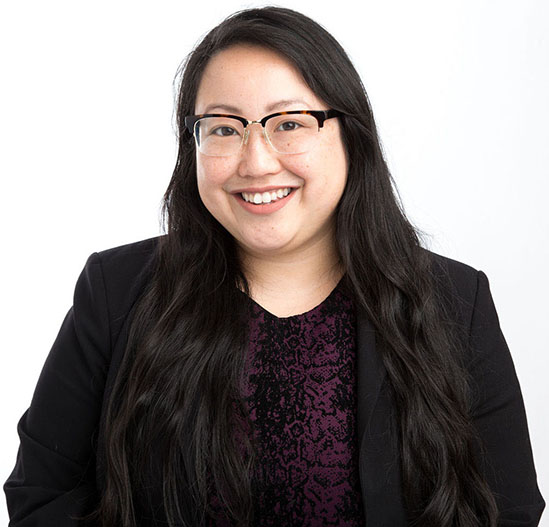 Mae J. Nam is the NDP candidate for the riding of Beaches-East York in this fall's federal election.

Mae J. Nam, the NDP candidate for Beaches-East York in this fall’s federal election, entered politics because she believes in fighting for the rights of those who are not always able to stand up for themselves.

“I’ve dedicated my life to creating fairness, and fighting for social and economic justice,” the 38-year-old lawyer said in an interview with Beach Metro News.

Her father came to Canada from Korea and her mother from the Phillipines. Nam and her two sisters and brother had to help the family run the convenience store they owned first in Toronto and then in Hamilton.

“We really struggled with making ends meet. I worked seven days a week in the store,” she said.

Nam’s parents later went on to open a pub and then a restaurant in Hamilton after they left the convenience store business. “I worked in these small businesses and I really know how hard it is to make a buck in small business.”

Nam attended high school at Westdale Secondary in Hamilton, and then went to university at McGill in Montreal.

She said she first became interested in politics while in high school in the late 1990s, during the time of former Ontario Progressive Conservative Premier Mike Harris. She said those were scary times for high school students as they were worried about their futures and the cost of post-secondary education.

Nam joined the NDP at the age of 17 “because they would fight for me.”

She excelled at McGill despite having to balance her studies with the need to have a job, and later studied at that university’s prestigious law school.

While in Montreal, she used her legal skills to help fight for the rights of women working as live-in caregivers along with supporting a number of other social and economic causes.

In 2010, Nam moved back to Ontario and articled at the law firm Cavalluzzo. She then worked at AMAPECO, a union which represents professional and supervisory staff in Ontario’s public service, and then at the Ontario Nurses’ Association; and for the past two and a half years she has been practicising law at the labour and human rights law firm of Ryder, Wright, Blair and Holmes.

She has lived in the Upper Beaches area for the past five years with her partner and their dog.

Nam has a number of key issues, both national and local, in this federal election campaign.

Nationally, she said climate change and pharmacare are critically important.

“Canadians want this and Canadians need this,” she said of a national pharmacare program which would cover the cost of prescriptions drugs for Canadians.

From personal experience, she knows that many small business owners don’t have dental or drug plans, and she believes they should both be part of an expanded national health care plan.

“We have to make sure we can grow old with dignity and be cared for and have access to medicine,” Nam said.

On the climate change file, she said we only have a limited amount of time left to make the decisions that will protect our environment for future generations.

“Climate change is one the things that really made me want to get involved. It is so scary,” said Nam. “We need to have the courage to say no to oil and gas companies, and say no pipeline subsidies and handouts.”

Locally, she said two of her most important issues are affordable housing and child care.

“We need different models for people who can’t get shelter,” Nam said, pointing out the NDP has promised to build 500,000 affordable housing units across Canada if elected.

“If we can spend $4.5 billion for a pipeline, we should be able to provide housing,” Nam said.

On child care, she said the federal government needs to step up and give provinces and cities the supports needed.  Nam pointed to Quebec which had $8-a-daycare when she lived there and still runs programs which are very affordable for all residents.