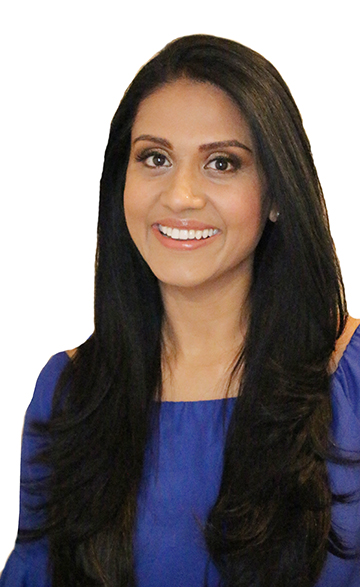 Nadirah Nazeer is running for the Conservative Party in Beaches-East York in this month's federal election.

I first immigrated to Canada from the island nation of Mauritius almost 30 years ago and “Oui, Je parle Francais”. Since then I have built a 21-year career in the Tech/IT sector, where I currently work as a Senior Global Manager and I am proud to have raised three amazing kids.
I am passionate about social justice issues, and I’ve worked closely with my local women’s shelter and organized several home supply drives to help new immigrants integrate. As an immigrant, mother, and businesswoman, I had the chance to see many sides of the Canadian experience, and I quickly realized the Conservative Party stands for the values that help all Canadians get ahead, which is why I decided to run. We believe in giving everyone the tools to help themselves succeed, and have the modern, inclusive and progressive approach of a 21st-century party.

Myself and the Conservative Party are deeply concerned by the rise in gun violence nation wide, and especially here in Toronto.
With the vast majority of gun crime stemming from the acquisition and use of illegally obtained firearms, usually transported from the United States, this is where our plan is focussed. Our government would ensure mandatory prison time for those knowingly in possession of a smuggled firearm, tackle so-called “straw purchases,” and create a CBSA smuggling task force to stem the flow of illegal guns from the U.S. We would also make sure firearms are seized from anyone detained by their province over mental health concerns, and institute a lifetime ban on firearm ownership for violent and gang criminals. I strongly believe these measures firmly address the core of this serious issue.

As an immigrant, as well as a racial and religious minority, I would always stand up for the rights of those who remain at a disadvantage in our society. Everyone deserves a voice in Canada’s parliament.
I would work in particular to ensure the rights of immigrants are always upheld, and advocate for the strong reforms our party is putting forward on that file. That includes the re-opening of the Office of Religious Freedom to stand up for the rights of religious minorities at home and abroad, and stronger integration services for immigrants, including language training and credential recognition.
Immigration and the rights of minorities are issues that are near and dear to my heart, and that I know are of great importance to many in Beaches—East York. As your Member of Parliament, I would always fight to ensure that they are front and centre.

Climate change and affordability. Our party is in the best position to combat both.
Our comprehensive Climate Change Plan includes mandatory green technology investment for companies that exceed emission limits, and covers more emitters than the current Liberal plan (companies that emit 40kt+ CO2 per year versus 50kt+ CO2 under the Liberal plan).We would institute tax credits to make is easier for Canadians to make their homes and businesses environmentally conscious, and for companies developing green technology.
On affordability, we would institute a universal tax cut, saving the average couple nearly $500 per year, make parental benefits tax free, re-introduce the children’s arts and sports tax credits, increase government contributions to RESPs, take the HST off home heating bills, institute an age tax credit, scrap the carbon tax and introduce a public transit tax credit. Canadians have been stifled by a rising cost of living, which our plan aims to combat.