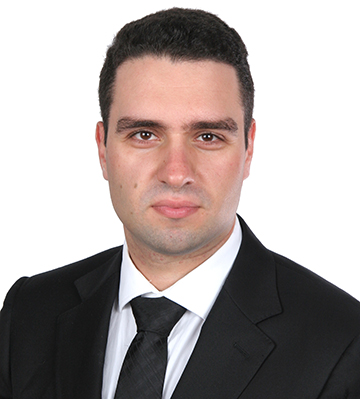 Italo Eratostene is running for the People's Party of Canada in Scarborough Southwest in this month's federal election.

I have a unique life experience when compared to the average politician. I graduated with a Bachelor of Engineering Degree from Ryerson University. However, I, like many others, have had to work multiple low paying jobs just to survive. I have real on the ground experience that many others politicians do not have. This is why I feel like politics in Canada needs a big shakeup. I do not think that the constant switching from the Conservative and Liberal parties does the average Canadian any favours. Our party is the only party that is offering a real alternative and we are the only party willing to discuss the real issues even if the media and the establishment parties do not want to discuss them.

I am against a national ban on semi-automatic assault rifles and handguns.
I believe the current laws are sufficient to protect the community. Further regulating handguns only really targets sport-shooters and collectors. It is immoral to punish people for crimes that they did not commit, and further regulating these firearms effectively does that. The issue of gun violence needs to be addressed from a community policing level and also by better enforcement of illegal guns smuggled across the border from the United States.

The issue most important to Scarborough Southwest residents is affordability. We will lower the personal income tax rate at all tax brackets, including the lowest tax bracket. Our income tax plan allows people to pay $0 on their first $15,000 earned, which is a saving of over $500 per person. Our plan to abolish supply management will save the average family over $300 per year.
We will reform the CRTC in order to allow more competition in the cable and cell-phone industries.
We will also indirectly lower housing prices by reducing the number of people brought into Canada each year, which will slow down the increasing demand for housing in big cities.

The most important national issue is the issue of our ballooning federal deficit. The annual federal budget deficit has increased to approximately $15 billion. We are the only party that is taking this issue seriously. We will look at cutting in areas that do not impact the average Canadian, namely foreign aid and corporate welfare payments. Cutting in these areas will allow us to balance the budget in two years.
The second issue is fixing our immigration system so it prioritizes Canada’s economic interests, and it does not place a burden on our current infrastructure.
We will reduce immigration to a maximum of 150,000 per year while adjusting the points system to increase the percentage of immigrants taken in for specific economic needs. This cut to our intake will help relieve some of our already at capacity infrastructure, like Toronto’s subway system.