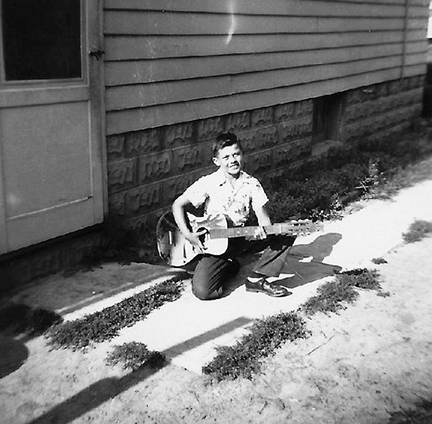 Robbie Roberston grew up in the Midland Avenue and Kingston Road area. Once We Were Brothers is playing at the Fox Theatre in the Beach on Oct. 19, 22 and 24.

“I’m going to play my song
Across this lake
From Scarborough Bluffs
Over to New York State.”
(song lyrics from “Dead End Kid”)

Robbie Robertson is having quite a year. The music legend may be 76, but he’s going to keep playing his songs.

His latest solo album Sinematic was released on Sept. 20. Continuing his long collaboration with Martin Scorsese, Robertson also composed the score for the famed director’s new gangster epic, The Irishman, in theatres on Nov. 1.

Once Were Brothers: Robbie Robertson and the Band had the honour of becoming the first Canadian documentary to open the Toronto International Film Festival. Not bad for a Scarborough boy some thought would be a “dead end kid.”

When Jaime Royal Robertson was eight years old his family moved to a modest house on Atlee Avenue (near Kingston Road and Midland Avenue).

He was an only child with big dreams of rock ‘n’ roll stardom.

Once Were Brothers is inspired by his memoir, Testimony where he writes: “At the age of nine I told my mother that I wanted to be a storyteller when I grow up. She smiled and said, ‘I think you will’.”

“I wanna show the world
Somethin’ they never seen.”

Robertson is a born storyteller. His songs are “all little movies” where “you write about where you’ve been”.

He spent summers on the Six Nations reserve where there is a tradition of music, art and storytelling. At Christmas in 1956 he received his first electric guitar and rock ‘n’ roll was here to stay.

When Robbie was only 15 he wrote two songs for Rompin’ Ronnie Hawkins. Once Were Brothers tells tales of his wild ride on the road with Hawkins and the Hawks, with Bob Dylan and as lead guitarist and songwriter for the Band before their final concert, The Last Waltz in 1976.

“They said you’ll never be nothin’
You’re just a dead end kid
Probably end up in prison
Or maybe down on the skids.”

Robertson explains about this song from Sinematic: “When I was growing up in Toronto, I was telling people one of these days I’m going to make some music and go all over the world. Everyone was, like, this is never going to happen. You’re a dead end kid. Because my relatives were First Nation people and Jewish gangsters, it was assumed my dreams were going to explode. I find strength in overcoming that belief.”

Scorsese’s film, The Irishman is based on the book I Heard You Paint Houses which is slang for a mob “hitman”.

Robertson knows something about gangsters.

When his mom, Dolly, ended her marriage to Jim Robertson she told Robbie that the only father he ever knew was not actually his biological father.

Alex Klegerman was a card shark who was killed by a hit-and-run driver while changing a flat tire by the side of the QEW.

In Once Were Brothers Ronnie Hawkins suggests that Klegerman was “shot on Yonge St.”, but it was just a tragic accident.

Robbie’s newfound uncles actually were part of the Jewish underworld in Toronto.

Music lovers, especially fans who grew up in the 1950s and 1960s, will enjoy the new documentary.

It was 50 years ago that the Band were “across this lake” in New York State for the legendary Woodstock festival.

To commemorate the 50th anniversary of The Weight, musicians from around the world have joined Robertson and Ringo Starr to perform this evocative song together. Catch the Playing 4 Change video on youtube.

We may have to start calling it “Starborough”!