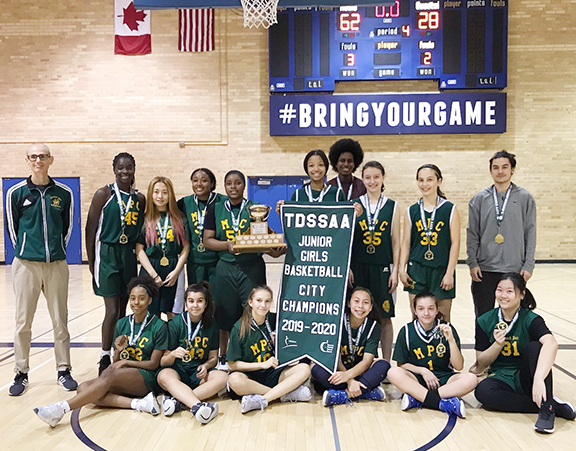 The team took the Toronto District School Board championship with a 62-28 win over Weston Collegiate on Wednesday, Nov. 13, at Ryerson University.

The victory wrapped up a perfect season for the Lions which saw them go 7-0 in regular season play, and then sweep through the playoffs on the way to the city title.

Top scorers for Monarch Park in the championship game were Maya Anderson with 24 points and Renelle Charles with 21 points.

Monarch Park qualified for the city championships by winning the TDSB’s South Region title with a 50-33 victory over Northern Secondary School.

That victory put the Lions into a city semifinal against Scarborough’s Lester B. Pearson Collegiate on Nov. 11. The Monarch Park girls won that game 59-28 to make the city finals.

Along with the city crown, the Monarch Park girls were also champs at their own tourney in early October and at the HoopDome Tournament in Downsview Park on the Oct. 26 weekend.

Below is a rundown of the team’s games this season and the scores: